11 tips for a smoother day skiing with kids 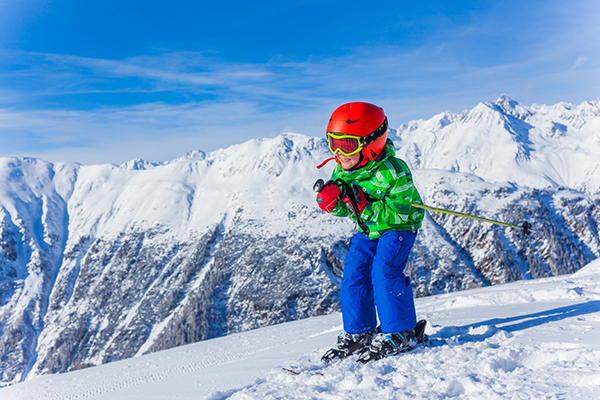 Skiing can be an incredibly fun family outing. You’re staying active, enjoying nature and spending unplugged time together. But there is no denying it takes a lot of work — and sometimes a lot of cash — to get your family on the slopes. When teaching your kids to ski or snowboard, it’s best not to wing it. Make your time on the mountain an outing worth repeating with these 11 tips from Lisa Wilkey, a ski instructor at Sundance Mountain Resort:

Before you go, make sure your kids have warm snow clothes. It can get cold on the hill and the wipeouts that often come with learning to ski and snowboard can derail a kid without the right gear. “It’s really important for them to have good gloves, because a lot of the time they fall down,” Wilkey says. Good snowpants and a good jacket are important too.

Wilkey recommends multiple layers — shirt, hoodie, jacket — to keep kids warm. “(Kids) get cold faster than we do because they don’t have the fat on them,” she says. “I always tell parents to layer the core; if they get too hot we can always take a layer off.”

3. Stick with one pair of socks

Resist the urge to pile on the socks; multiple pairs can actually restrict circulation. “Ski boots are designed to be warm,” Wilkey says. “You just need one good pair of ski socks.”

4. Rent equipment while kids are young

To save money, consider renting equipment for kids who will outgrow their skis or boards and boots quickly. You can rent helmets, too, which are a must for kids on the slopes. “When you rent you also get newer equipment,” Wilkey says.

For the best experience on the mountain, send your kids to school — ski school, that is. Every kid can benefit from at least one lesson from a trained professional, Wilkey says. This is especially true if it’s your child’s first time on the hill. “Most mountains have trained child specialists that know exactly how to teach and motivate your child,” she says. “We know how to teach a child that is a visual learner, or a child who is a kinetic learner. We have all this training that is backing us up.” Plus, Wilkey says, instructors and other kids in the class can usually get kids to try things they might normally avoid. Think of it as positive peer pressure.

6. Be honest with the instructor

Trumping up your kid’s ski resume does them no favors when they are stuck at the top of a run they can’t get down. Be on the level with your ski instructor about how many times your child skied and if they’ve ever had a professional lesson(s). “It’s a huge disservice to their child if parents say they are at a level they are not,” Wilkey says. And no, time spent playing We Ski on the Wii does not count as experience.

7. Start at the right age

A weekday is the best day to tackle the hill if you can swing it. Saturdays tend to be busier and holidays even more so. “If you’re a local and you have time, come up during the week. Bring them in the morning for a lesson and you can ski with them in the afternoon,” Wilkey says.

9. Ski with your child

It can be tempted to turn you kid loose on the mountain so you can hit the runs you want, but Wilkey says most kids under age 10 should be closely supervised. They should be old enough to tell time so they can meet you at a specific time and mature enough to know what to do if they got hurt.

10. Use rewards and games to motivate

Never underestimate the power of a hot chocolate break. For kids that need extra motivation to try again, Wilkey will offer them a cup of hot cocoa — if they make another run. Usually they are ready to ski again after the short break (and sugar rush). Wilkey also likes to stop on the side of a run to build snowmen with kids or do a treasure hunt for snacks. “Little games that you can play with your kids as they’re skiing actually helps them have fun,” she says. “You’re building those family memories of fun and happiness.”

“The biggest thing to remember is that this is for fun,” Wilkey says. “We’re supposed to be having fun. Don’t get caught up in the idea that you want them to be the best skier.” If they need a break, take a break. If they’re hungry, feed them. Leave the mountain when everyone is still having fun, not when they’re so tired they can hardly haul their gear to the ski bus.

A Grand Life for Singing: Provo’s Paula is one of 400 voices that celebrate faith and music in MoTab Previous post

9 Mormon shows to add to your Netflix queue Next post