Dousing your Valentine’s Day with a little bit of cheese has become a UtahValley360 tradition. Check out our newest installment of cringeworthy Mormon Valentine’s Day cards.

1. For the conference lover

Inspired by “My Heart Pondereth Them Continually” by Elder Devin G. Durrant.

4. For the Star Wars fan

Inspired by the greatest reveal in theatrical history.

5. For another Star Wars fan

6. For BYU and Utah fans

7. For the person who needs more than a subtle hint 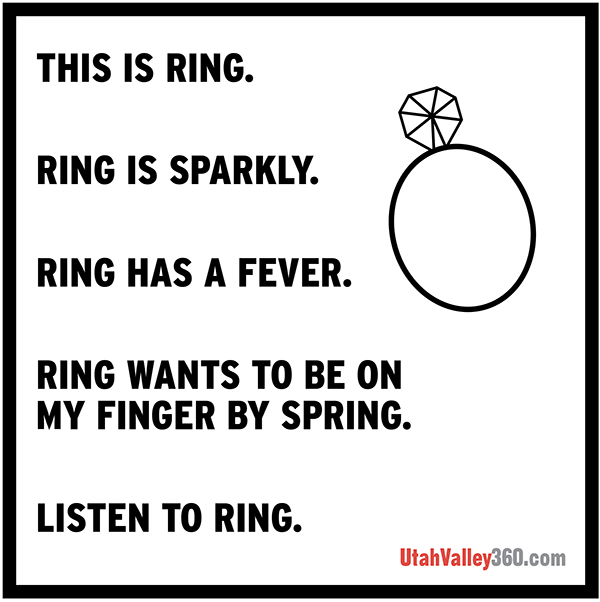 Inspired by “Ring by Spring” fever.

8. For the Great-Aunt Rose fans

Inspired by “A Summer With Great-Aunt Rose” by President Dieter F. Uchtdorf.

Inspired by the student section at BYU.

10. For the Donny Osmond fan

Inspired by “Soldier of Love” by Donny Osmond.

11. For the temple lover

Inspired by “Going to the Chapel.” At media day at the Provo City Center Temple during the second week of January, it was reported that more than 500 sealings were already scheduled to take place in the new temple after it opens.

Inspired by “Once I Was a Beehive” theme song.

13. For the love captain

Inspired by “Stay in the Boat and Hold on!” by Elder M. Russell Ballard.

14. For the nearly engaged

Inspired by the common phrase “My lips are sealed.”

15. For the spiritually aware

Inspired by “Can’t Feel My Face” by The Weeknd.

16. For the seemingly secure missionary

Inspired by “Livin’ on a Prayer” by Bon Jovi and Janice Kapp Perry’s “A Child’s Prayer.” 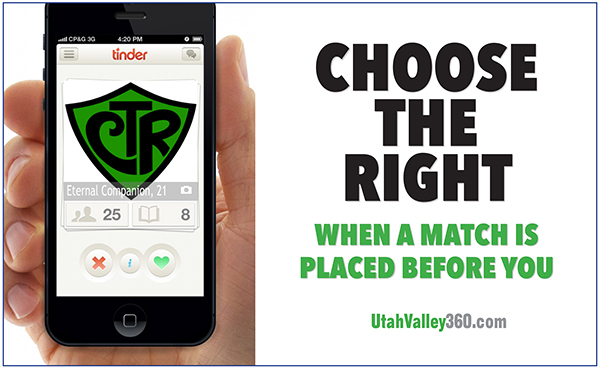 Inspired by Tinder and the hymn “Choose the Right.”

It Takes a Village: The Spanish Fork community rallied around the Naulu family as their daughter fought to live Previous post

A budding piece of wisdom: Buy your wife flowers for Valentine's Day Next post