Home LDS Being LDS Golden together: True love stories and advice from some of Utah’s oldest (and cutest) couples

Golden together: True love stories and advice from some of Utah’s oldest (and cutest) couples

There’s just something compelling about the tried and true love of an older couple. Here we highlight the love stories of a few local senior couples and share their secrets to lasting love: 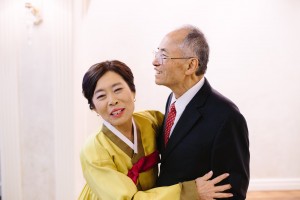 SooYoung and OckJa look as happy as a newlywed couple at SooYoung’s 70th birthday celebration. (Photo courtesy of Sarah Tyau)

“My dad proposed to my mom three times and was rejected each time. My dad was my mom’s Sunday School teacher. My dad challenged his students to read a certain part of the Book of Mormon and whoever read and got the highest score on the quiz, he’d take them out to lunch. The next week came and my dad quizzed everyone and my mom ended up being the only student who read the assignment. So, just as promised, my dad took her out to lunch and that was their first date. Now they’ve been married for 42 years and their dedication, complete trust and love for each other is something I wish to have with my husband 42 years down the road.” 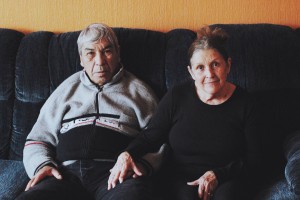 Augustus and Nilda met in Argentina and have been together for 46 years. (Photo courtesy of The Listening Ear Project.)

“I was friends with Nilda’s nephew, so I would come over all the time. In Argentina, even extended family is always together. That’s how we met. I was 27 and she was 26, and I thought she was pretty. We went on lots of dates and then we moved in together. We actually didn’t get married until we were here in America. Our wedding was in an Evangelical church and then we had a civil marriage in Provo. We were both in our late 50’s when we got married. The key to a successful marriage is to find common ground, even if you don’t agree on something.” 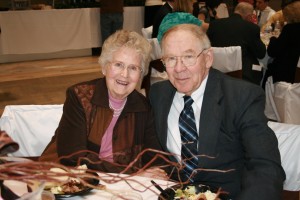 Cloyd Christiansen and Ruth Brown were married in the Salt Lake LDS Temple on January 15,1947. Cloyd and Ruth met at Pleasant Grove High School. The seating arrangements in class were done by alphabetical order. Cloyd Christiansen sat right behind Ruth Brown. This is how they became friends and eventually boyfriend and girlfriend.

Cloyd and Ruth graduated in 1945. Cloyd joined the Navy and left to war right after graduation. He returned home in August of 1946, and he and Ruth were engaged by October and were married that following January.

Cloyd and Ruth had six children and raised their family in Pleasant Grove, Utah. They were married for 66 wonderful years when Cloyd passed away. Ruth still lights up when she talks about Cloyd and can’t wait to be with her sweetheart again one day. 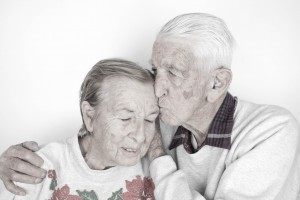 Some fun facts about this spunky couple are they’re both 91 years old, have full heads of hair, their original teeth, are 3-6 inches shorter and are still madly in love. They still hold hands and flirt with each other. I’ve even seen him pinch her tush in public although he denies that a gentleman would ever do that. Grandpa says his smartest investment was when he sold a cow to pay for his wedding. They say the secret to a happy marriage is to date lots, be fond of each other and have patience. Lots of patience.

Grandma had two children while Grandpa was serving in World War II. She also helped to raise 5 of her grandchildren after her own children had grown up.

Grandpa says, “We are still in love. I think it’s because I learned early in our marriage that she wears the pants.”

Submitted by Alison Prince (founder of Pick Your Plum and How Does She), granddaughter. See more of grandma and grandpa Boswell on Alison’s Instagram account.

These stories were gathered as part of The Listening Ear Project, a movement to visit the elderly and gather their stories. Find out more on Facebook or Instagram.

The Man Behind the Music: From Marie to Martina, Tyler Castleton strings notes together for the stars Next post