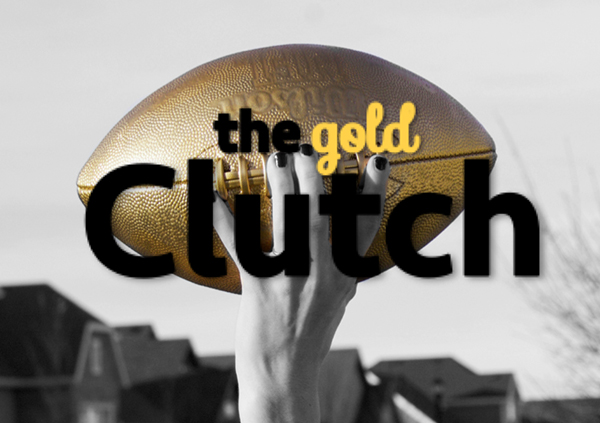 BYU law students Casi Bludorn and Mikayda Parker love sports. They love talking about sports. But they noticed that when conversations turn to sports, especially in work settings, women tend to drop out of the discussion.

“We wanted to figure out a way to change that,” Parker said.

So they started The Gold Clutch, an email newsletter that launched on Jan. 31.

“We do believe women like sports,” she said. “People tend to exclude us from the conversation.”

Bludorn and Parker collect sports content throughout the day, then get together at night to figure out which stories make the cut for the next day’s email, Parker said. The newsletter is formatted into the same sections each day: All-star stories, which is the big sports news of the day; Backups, which are stories that they think have value and will add interest to sports conversations; On Deck, which is what’s coming up; and the Lip Glossary, which explains sports terms and events that the average sports fan might not know.

[pullquote]”We do believe women like sports. People tend to exclude us from the conversation.”
—Mikayda Parker, co-found The Gold Clutch[/pullquote]

Parker said the lip glossary is an important component because there are sports terms that even people who love sports might not know — like hat trick or pick six.

“It almost becomes its own language,” she said.

The Gold Clutch has been alive for less than two weeks, but Bludorn and Parker say they’re getting a lot of positive feedback, including — “thank you so much for helping us get through a conversation” and “I love getting sports in the morning.”

Bludorn said one of her favorite responses came from a woman who said she loves sports, but after having kids and moving to a smaller city she lost interest. The newsletter reignited that interest.

“If the cause wasn’t so big, if there wasn’t such positive feedback behind it, there wouldn’t be a reason to do this and law school,” Parker said.

Hearing from people who enjoy reading the newsletter motivates the duo to keep working on it. They’re both in law school (Bludorn graduates in April), and Parker also is working on a master’s degree (she’ll graduate in December.) And both are married.

“It’s not easy,” Bludorn said. “We’re both very fortunate to have very supportive structures behind us.”

What’s surprised them so far is that not all the subscribers are women. “We find guys all the time who say ‘I don’t have time to spend time on ESPN either,'” Bludorn said.

So far, they’re not making any money on the venture. Bludorn said they need subscribers before they can look for advertisers or sponsors, and they’ve committed to a year to reach that number. But right now, they’re excited each time their subscriber number goes up by one, and when someone send them feedback.

Golden together: True love stories and advice from some of Utah's oldest (and cutest) couples Next post