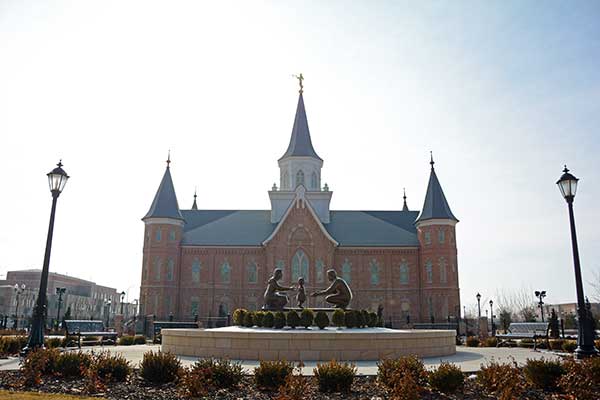 The Provo City Center Temple was reconstructed after the Provo Tabernacle burnt down. The same exterior walls were used to rebuild the temple. (Photo by Alisha Gallagher)

When the Provo City Center Temple is dedicated on March 20, it will become the 150th operating temple of The Church of Jesus Christ of Latter-day Saints worldwide. It will be the 16th temple in Utah and second in Provo. And it will be the Church’s fourth temple constructed from an existing structure.

The Provo City Center Temple was built from the remains of the Provo Tabernacle, which was gutted in an accidental fire in December 2010. In honor of Utah’s newest temple, here are the stories of the three other temples that were adapted from existing Church-owned buildings. 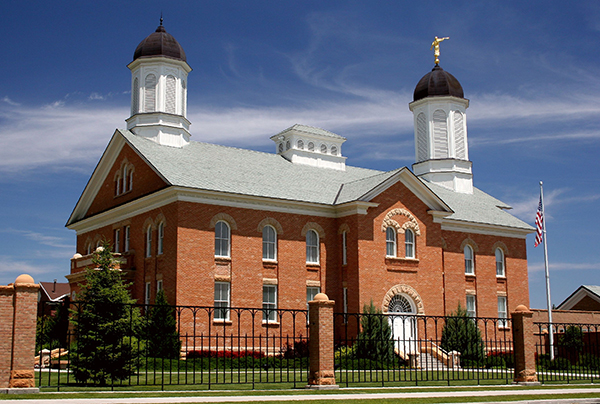 Like the Provo City Center Temple, the Vernal Utah Temple was originally constructed as a tabernacle. The 90-year-old Uintah Stake Tabernacle stood empty and in disrepair in the 1990s as the local government discussed what to do with it — the building’s most recent stake conference had been held in 1983. One council member “said he would drive the bulldozer to knock it down,” the mayor of the town told an AP reporter at the time. But for many other people, the tabernacle was an important historical landmark.

The Vernal Utah Temple was announced in February 1994 and dedicated in November 1997. It was the first temple built from an existing structure. 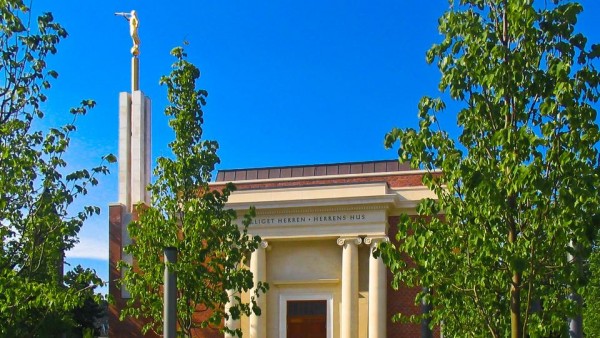 The Copenhagen Denmark Temple was dedicated on May 23, 2004. (Photo courtesy Mormon Newsroom)

The Copenhagen Denmark Temple (dedicated in 2004) was the Church’s second building constructed from an existing structure. It’s a renovation of a chapel that was built in 1931. In preparation for use as a temple, the structure was completely gutted. Only the exterior and a few reproduced parts of the interior remain. 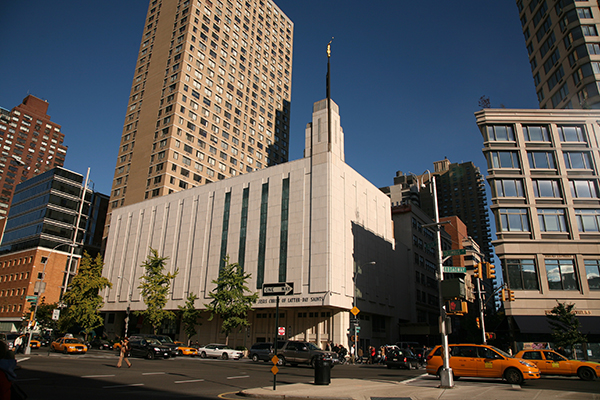 The Manhattan New York Temple was announced in 2002 and dedicated in 2004. It was adapted from a multi-use Church building that was originally completed in 1976. It was the Church’s third temple adapted from an existing structure.

The building contains the temple on the top three floors and the first floor (where the baptistry is), a meetinghouse on the third floor, and a public affairs office and distribution center on the second floor. The building is soundproofed against the noise of the city.

Note: The Hong Kong China Temple is also part of a multi-purpose structure, but because the temple was part of the building’s original construction, it was not included in this list.

(To learn more, visit ldschurchtemples.com, which was a major source for this story.)