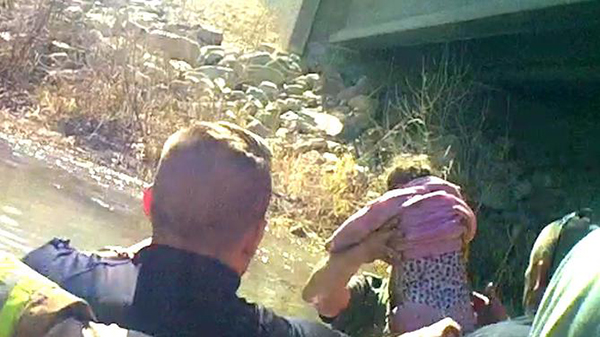 Tyler Beddoes didn’t expect a book to come out of the Spanish Fork Police Department’s rescue of 18-month-old Lily Grosebeck, but then the emails came flooding in.

“I started getting emails and phone calls from all over saying the story had changed their lives,” Beddoes, one of Lily’s rescuers, said. “That’s when I really stepped back a month or two after and thought … if there are people in a dark spot like I was in, this might give them a little hope that maybe can turn them around just reading the story.”

He even received an anonymous gift on his front doorstep with a letter encouraging him to share his story that said, “this touched my life and now you have the power to spread this message.” 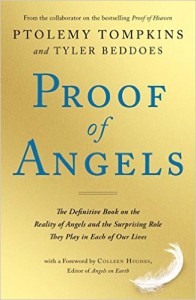 “Proof of Angels” will be published is seven countries and in five different languages.

So Beddoes, a 10 year officer for the Spanish Fork Police Department, contacted a publishing agent who connected him with Ptolemy Tompkins, author of “Proof of Heaven.” Together Beddoes and Tompkins co-authored “Proof of Angels,” which is being published by Simon and Schuster in seven countries and in five languages.

The true story is about a tragic death and a miraculous survival that not only touched the hearts of Spanish Fork residents, but also people across the world. “Proof of Angels” explores Beddoes experiences as part of the Spanish Fork Police Department, centering on the moment he and three of his fellow officers heard a voice Beddoes identified as an angel and his faith being restored following a “dark spot” in his life.

Prior to Baby Lily’s rescue at the river, Beddoes said he was going through rough times and was doubting his faith. Beddoes, who identifies as Mormon, says that his career in the police force began weighing him down.

There were a number of cases that disturbed him: his first case as an officer where he saw to a suicide by hanging; a 2014 quadruple murder where a Spanish Fork police officer killed his wife, mother-in-law and two children before committing suicide; and a 21-year-old father who murdered his 2-year-old son before shooting himself in June 2013.

“I think when you see the two year old that’s basically beaten to death and you think, ‘my kid’s the same age,’ so it’s like the love you have for them, but that’s when I started doubting because how could God let this happen?” Beddoes said. “That was the dark spot and now to have it all turned around for me it’s just been great.”

[pullquote]”Obviously the darkness and the crimes of my job hasn’t changed, that stuff’s going to be there, but I think I view things in a more positive light. … I guess God has a plan for us and trials and tribulations come with that.” —Tyler Beddoes, co-author of “Proof of Angels”[/pullquote]

The turn around came in the form of a miracle on March 7, 2015. Beddoes along with three other officers from the Spanish Fork Police Department arrived on the scene of a car crashed in the Spanish Fork River. Jennifer Grosebeck, 25, had crashed the car 14 hours earlier and had died on impact — her 18-month-old daughter, Lily, sitting in the back seat, had not.

Upon arriving on scene the officers hurriedly flipped the car over after hearing what has now become known as “the voice” calling, “Help me. Help me now.” This act submerged Lily in the freezing river over which she had hovered tied in her carseat for 14 hours.

“The doctors say she was frozen all night long and unconscious, so she obviously didn’t call out to us,” Beddoes said. “So then it was ‘the voice,’ what did we hear? We all heard the same thing, but after I could recollect on it, I think that’s when I realized that is was an angel that guided us to Lily to save her.”

Beddoes life shifted from the dark to light once again.

Now a year after rescuing Lily, Beddoes has the same job, but a new perspective on life.

“Obviously the darkness and the crimes of my job hasn’t changed, that stuff’s going to be there, but I think I view things in a more positive light,” Beddoes said. “I think that’s really helped me to search for positives and my spiritual outlook is a lot better. I guess God has a plan for us and trials and tribulations come with that.”