Home Featured Everybody has a story: Miracle baby mom

Everybody has a story: Miracle baby mom 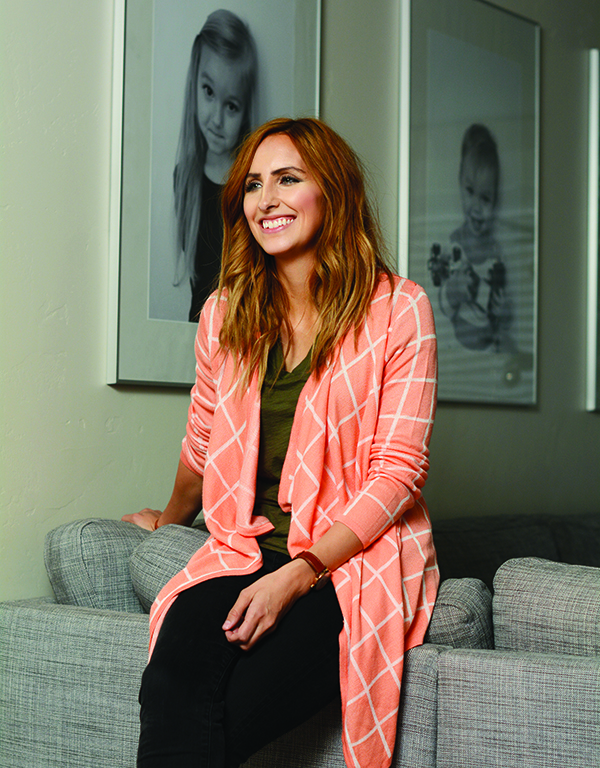 Jessica Walters believes hard things can teach us gratitude. This mother of three learned that lesson when her now 5-month-old spent time in the NICU at Utah Valley Regional Medical Center.

Utah native Jessica Walters always enjoyed being a mom, but having a baby in the NICU delivered new perspective. She finds happiness among the chaos of three children by writing on her blog.

I grew up in Utah Valley and my husband Nick is from California. We lived at the same apartment complex and he spotted me on the balcony. We dated for six weeks before we got engaged. We were together every single day during those six weeks!

Around our three-year anniversary, I became pregnant with our daughter Ava. A couple years later, we added our son Nixon to the family.

Going from one to two children was a huge shock for me. Having two kids in diapers plus little things like getting them both ready and in the car were a lot harder. Now that they are older, I love it because they can entertain each other while I take care of my 5-month-old son, Boston.

For most of my pregnancy with Boston, things felt different. I was in and out of the doctor’s office frequently. Three months before Boston’s due date, my placenta ruptured and Boston was born. He had to stay in the hospital until his due date. There were a few complications (including an infection just before he was supposed to come home) and he had a surgery to close up a duct in his heart.

It was so different to go visit my baby at the hospital instead of bringing him home immediately. Luckily, we lived close by and my neighbors were so helpful with taking care of my other two children when I went to visit Boston.

The experience made me realize how good people can be. Every day someone would call and offer to babysit or to drive my kids to school. Someone also set up a GoFundMe account for us, which has been great. My husband and I have learned that having a baby in the NICU for more than 100 days costs about $450,000. I’ve also learned to appreciate doctors and nurses so much. They took amazing care of my baby.

Overall, the experience taught me that the ability to give birth to kids is amazing. I’ve also learned that going through hard experiences makes you love your life when it’s totally boring and normal.

My boring and normal life involves going to Provo’s Rooftop Concert Series, BYU basketball and football games, and eating at the Provo food truck round-up. I also love to write on my blog: geekyeyes.com. I think it’s important for moms to retain their identity through hobbies, and writing does that for me. It’s easy to feel guilty for taking time for yourself when you have kids, but it is important. My husband is awesome at helping me do this and is always encouraging me to go out with my friends and do the things I love. Date nights are always fun, too — my husband and I like going to ComedySportz and eating at Cubby’s. Boring is exciting.

BYU struggles to finish in loss to Gonzaga Previous post

6 ways parents can improve their listening skills Next post