The Q Awards: John Pestana named Entrepreneur of the Year 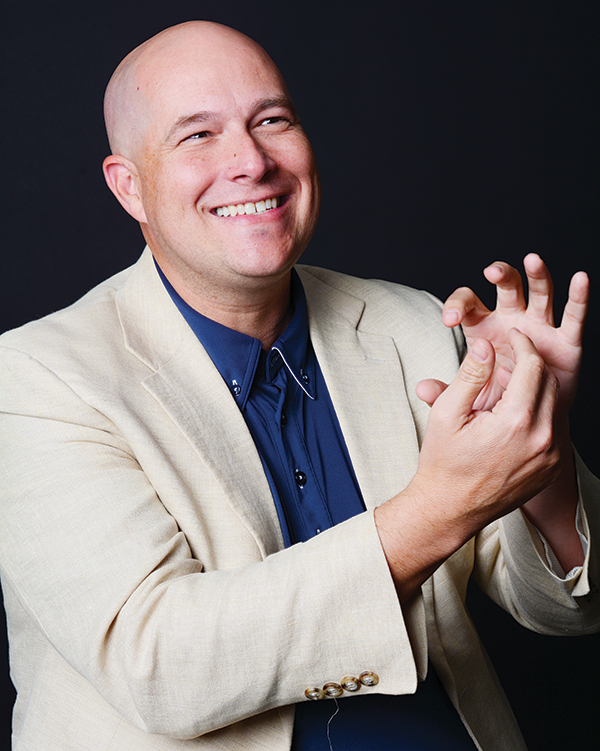 “I talk with my hands a lot,” John Pestana says.”I’m a people person — always have been.”

John Pestana should have been on our cover years ago.

He’s the co-founder of Omniture, after all — arguably one of the most influential tech companies in Utah’s history. (For the record, his co-founder, Josh James, has graced our cover twice.)

To this day, people meet Pestana and innocently ask, “What do you do for a living?” When he tells them, they reply, “There was a co-founder of Omniture?”

Why yes, yes there was.

1. Just start. “Too many entrepreneurs sit around and wait for an angel to come down from the heavens and tell them to start a business. That will never happen. Just start. Pivot later.”

2. Cash is king. “Watch your expenses. I see too many entrepreneurs starting out with 80,000-square-foot offices or the latest, greatest video game systems in the break rooms. Calm down. Be patient. Maintain a sense of scarcity. and if at all possible, build your business through customer revenue — not by raising capital. It creates a natural, healthy growth.

3. House + spouse. “Entrepreneurs need supportive spouses. If your wife or husband doesn’t like the idea of you not being home, don’t become an entrepreneur. when it comes to startups, the nine-to-five thing is impractical and impossible.”

But Pestana has no animosity about his apparent anonymity. In fact, he rather enjoys it.

“Maybe I don’t want to be on the cover,” he laughs. “It might ruin everything I’ve worked for.”

Thankfully for us, Pestana is a risk taker.

“I’m adventurous,” he says. “Always have been. I don’t like risking physical harm, but business risk comes very naturally to me. I’m completely comfortable in those situations. I’ve been blessed with confidence.”

Exhibit A: When he decided to join the Internet Club at BYU (’90s alert!), he told them within minutes of meeting them that he wanted to be a club officer and teach classes. Their response? Sure, Mr. Secretary.

“I didn’t even know HTML, but I’d study it for a week, and then teach a class about it to a group of kids,” he says. “It was a great way for me to learn.”

Exhibit B: When Pestana was building websites for people and decided to start JP Interactive, he and his wife sold all their wedding gifts to buy him a computer.

“My wife was really my first investor,” he says.

Exhibit C: When Pestana and James experienced a downturn at Omniture, they mortgaged their houses to make payroll.

And, as you know, they definitely didn’t. In 2009, Omniture sold to Adobe for $1.8 billion. And Pestana looks back at that time with pride and joy.

“A lot of millionaires were made that day we sold,” Pestana says. “And the fact that Adobe is still here investing in our business community has got to be one of the coolest outcomes of my career. I’m like a proud dad.”

Since then, Pestana has kept his hands full.

He owns a model train company, ExactRail, which is more of a hobby business (and a tip of the hat to his father).

He writes and records music with his band, SilentMonk.

And eight years ago, he co-founded ObservePoint with  Rob Seolas. It’s grown to more than 80 employees, and they have plans to make it a $100-million business.

On a personal, full-circle note, Pestana is a college-drop-out no more. In February, he finally earned his bachelor’s degree from BYU — after being six credits shy for almost 20 years.

“I’m going to take that diploma and go ask Rob for a raise,” he laughs.

Hey, Pestana? Don’t forget to tell him about Omniture.

The Q Awards: Naming Utah Valley's top movers and makers in 2016 Next post