The Q Awards: Younique Foundation named Philanthropist of the Year 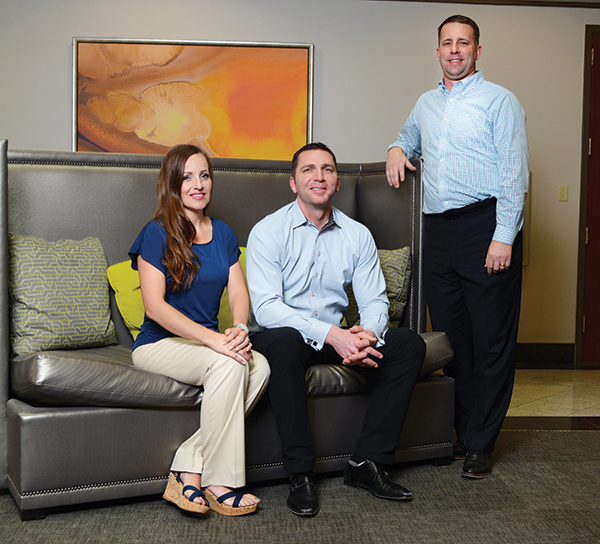 Shelaine Maxfield, Derek Maxfield and Chris Yadon started the Younique Foundation to empower the 25 percent of the population affected by childhood sexual abuse.

Now this story is truly unique.

Younique Products, a multi-million dollar cosmetics company in Lehi, was founded for the primary purpose of funding the Younique Foundation, an organization dedicated to empowering women who were sexually abused as children.

“Nothing about the Younique Foundation was an afterthought,” says Derek Maxfield, co-founder of the cosmetics company. “This wasn’t a case of making it big with our business and finding a charitable cause to support. There’s nothing wrong with that method, but it’s simply not our story. The foundation has always been the motivation.”

The story, in fact, started when Derek was diagnosed with cancer at the age of 23. During treatment, he promised his friend, who was on his death bed, that he would do something great — that he would live life for the both of them.

1.  It’s not all or nothing. “Not every company can have their own foundation. if you can go big, go big. If you’re not there yet, do what you can. The community is filled with amazing opportunities for service.”

Derek did go on to live life and accomplish great things. Among them, building and growing American Fork-based NetSteps from a startup to a lucrative sale.

“I was proud of NetSteps,” he says. “But just like any other business, the ultimate purpose was to make money. The wealth created when I sold that company was certainly life-changing for my family. But I had made a promise to my friend to do something great — I knew we needed to think bigger than ourselves.”

After NetSteps, and during a time of “semi-retirement,” Derek and his wife, Shelaine, found their great purpose: supporting women who were sexually abused as children.

“This is an epidemic that affects 25 percent of the population — that’s one in four of our daughters,” Shelaine says. “People are usually surprised to hear that — and it’s because it’s such a taboo topic. These girls grow up carrying around a guilt that’s not theirs to bear. And it’s not fair.”

So the Maxfields, along with the foundation’s executive director, Chris Yadon, quickly set out to develop a retreat program that would uplift, inspire and help these women heal. Ten women are invited at a time — free of charge — to a cabin retreat filled with counseling, meditation, art, journaling and more. They have a gourmet chef, and they’re given makeovers (not with Younique cosmetics, mind you, so as to not blur the lines between the for-profit company and the non-profit foundation). In 2015, the retreat hosted 103 women. In 2016, they’ll host 720.

“We are filling a very specific niche,” Yadon says. “These are high-functioning women who have learned to cope with their trauma but not necessarily heal from it. These women are wives and mothers. They’re your neighbors. And we’re determined to give them a voice.”

And the same goes for this silent plague. The Younique Foundation has an education arm that speaks free of charge to groups, parents, and companies on prevention and awareness of childhood sexual abuse.

“We need people to give us their voice,” Shelaine says. “This issue is bigger than us. We can prevent so much suffering if we just raise our voices.”

Raising her own voice was a powerful, life-changing decision for Shelaine.

“Nothing about my childhood said I could do something like this. I don’t have a college degree. I grew up in a very poor family. And while those things are true about me, they are the wrong truths to pay attention to. The truth is I can make a difference in this world. And once I started listening to that truth, my life changed.” she says. “The same is true for these women we’re helping. Because of this horrible trauma in their past, they’ve been listening to the wrong truths about themselves for far too long. It’s our mission to give them the power to change their futures.”

The Q Awards: CVX Live named 2016 Marketer of the Year Next post