Utah Valley University will receive $32 million from the Utah State Legislature over the next two years for a new performing arts building. (Image courtesy UVU)

At the stroke of midnight on Thursday, it was all over: 45 days of spending money, making state laws, adding to public education and deciding against changes — aka the annual Utah legislative session. Legislators made changes to laws on breastfeeding and pregnancy to give women new protections, but failed to make medical marijuana legal, which may lead supporters to putting the issue to the people. Here’s a breakdown of some of the issues:

Senators and representatives OK’d a bill, sponsored by Sen. Todd Weiler, R-Woods Cross, this year that would require employers to provide reasonable accommodations for an employee who’s pregnant or breastfeeding, unless it would create an undue hardship for the employer. The legislation also would prohibit denying employment opportunities to be an employee if the only reason for the denial is that the employer would need to make reasonable accommodations for pregnancy or breastfeeding.

What legislators didn’t do, though, was approve a bill that would prohibit discrimination against a woman because she’s pregnant or breastfeeding. That bill, sponsored by Sen. Jim Dabakis, D-Salt Lake City, died in a tie vote in a Senate committee.

What it means for UV: Women who are breastfeeding can ask employers to give them a place to pump breast milk, and women who are pregnant can request accommodations like more bathroom breaks. The employer must comply, unless the request would create an “undue hardship.” What women can’t do is bring a child to work to breastfeed.

Lawmakers voted to give Utah Valley University $32 million over the next two years to build a new performing arts building on campus. The school already has raised $20 million for the building from major donors including the Ray and Tye Noorda Foundation, Utah County, Kem and Carolyn Gardner, Nu Skin Enterprises, the Scott M and Karen P Smith Foundation, the Larry H. and Gail Miller Family Foundation, O.C. Tanner and Zions Bank. Architectural plans will be done this fall, and groundbreaking planned for November.

The building is one of four higher education capital development priorities that got funding from legislators this year.

What it means for UV: When complete, the more than 1,500 UVU arts majors won’t have to use space in a trades and technology building. The new 140,000-square-foot facility will have a theater, recital hall, concert hall and a dance performance hall, as well as classrooms, offices, labs and practice rooms. The building also will be a venue for Utah Symphony performances in Utah County. 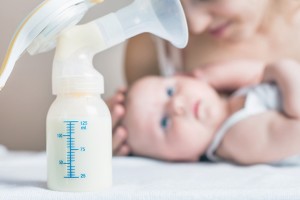 During the 2016 Utah State Legislative session, lawmakers passed a bill to protect pregnant and breastfeeding women in the workplace.

Once again, a bill to change Daylight Saving Time failed in the Legislature. House Bill 65, which failed in a 4-8 vote in the House Natural Resources, Agriculture and Environment Committee, would have exempted the state from changing time in the spring. Last year two bills that would have ended the practice also failed.

What it means for UV: If you don’t change the time before you go to bed on Saturday night, you’ll probably be late for church.

Teachers won’t be able to use the Student Assessment of Growth and Excellence tests — aka SAGE — as part of students’ grades.

Rep. Kraig Powell, R-Heber, said he sponsored House Bill 164 at the request of teachers and the state board. The bill would have required the state Board of Education to make rules on whether teachers could use the SAGE tests as part of students’ grades and whether they could offer rewards to kids who take them, and change the ability of parents to opt their kids out of the SAGE tests.

The bill died in a House committee in a 6-7 vote.

What it means for UV: Parents still can opt their kids out of SAGE tests, and it won’t affect the students’ grades.

Legislators did think it was a good idea to start teaching kids about firearms safety.

Senate Bill 43, sponsored by Sen. Todd Weiler, R-Woods Cross, would create a pilot program to teach children in grades five to 12 about firearm safety and violence prevention. The program would cost $75,000, which would come out of the state education budget, and would expire July 1, 2019. The course would be optional for schools, and could be delivered as a live presentation, a video or online in school, or as a video or online at home. It would be politically neutral.

The program would give kids the knowledge, habits and skills necessary for safe handling of guns, teach them to avoid injury if they find a gun and instruct them to find and tell an adult if they do find a gun, Weiler said. And there would be no guns in the classroom.

This year there were three measures dealing with marijuana, and only the least of the three — one that doesn’t make any form of cannabis legal — made it out alive.

Essentially, that bill would have allowed a person with a qualifying illness, who’s registered with a state system, to use a cannabis-based medicine under certain circumstances.

Another bill, Senate Bill 73, started out as a whole-plant measure, meaning people with qualifying illnesses who were registered with the state would be able to use cannabis, a cannabis product or a medical cannabis device.

A major roadblock for SB 73 was a statement from the LDS Church, which came out earlier this month in opposition to it, but took no position on SB 89. “We continue to urge Legislators to take into account the acknowledged need for scientific research in this matter and to fully address regulatory controls on manufacture and distribution for the health and safety of all Utahns.”

A third measure — the one that passed — was Senate Concurrent Resolution 11. It calls on Congress to reclassify the drug as a Schedule II drug, and encourages researchers to study the benefits of medical marijuana.

What it means for UV: If you want to legally use marijuana to treat an illness, you’ll have to leave the state. The issue could end up on the ballot this year, or in the future. Sen. Mark Madsen, R-Eagle Mountain, who sponsored SB 73, has said he’s leaving the country now, though not only because of medical marijuana.

Rep. Joel Briscoe, D-Salt Lake City, wanted the state to allow 17-year-olds to vote in a primary election if they’d be 18 by the time of the general election. The House Government Operations Committee didn’t agree with House Bill 70, and held it. The bill never got a hearing on the House or Senate floors.

What it means for UV: You’ve still got to wait ’til after your 18th birthday to cast a ballot.

Made in UV: Toilet bowl night lights and fashion items for men, women and children Next post