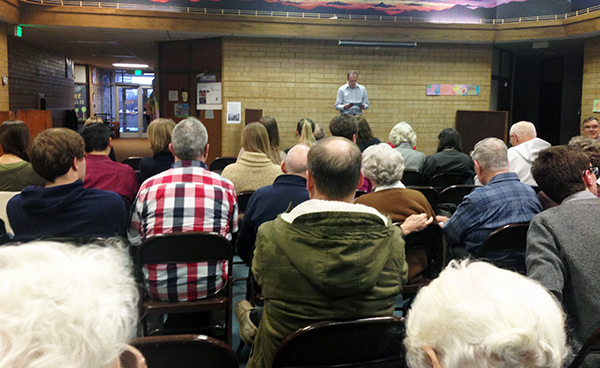 Voters from Precinct 11 meet at Wasatch Elementary School for the Utah Republican caucus on Tuesday night.

With an abnormally large turnout for the Utah caucus on Tuesday night, the runners-up took home the majority of delegates.

However, Trump still earned all 58 of Arizona’s delegate in Tuesday’s Arizona Republican caucus.

On the Democratic side, Vermont Sen. Bernie Sanders gained the upper hand against Hillary Clinton. With Utah and Idaho, Sanders picked up 57 delegates Tuesday night, but lost to Clinton in Arizona. Clinton tallied 51 delegates on the night. Including superdelegates, Clinton leads Sanders 1,681 to 927.

“These decisive victories in Idaho and Utah give me confidence that we will continue to win major victories in the coming contests,” Sanders said in a statement.

From Boston Strong to Mason Strong: An insider's look at how Elder Wells was built for survival Previous post