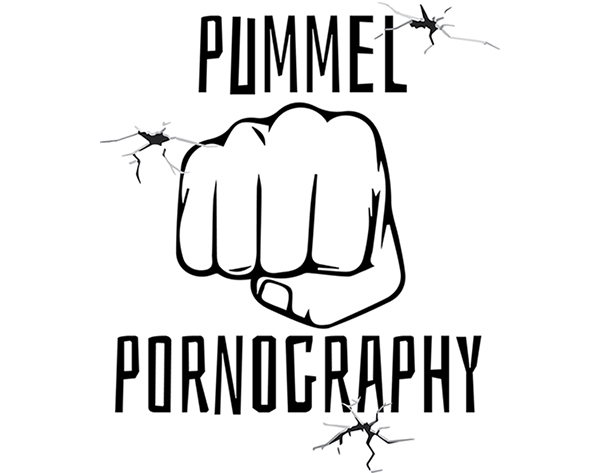 The Pummel Pornography 5K is on Saturday, April 23 at 8 a.m. Race entries for one person is $25 or $75 for a group of four. Proceeds go toward counseling scholarships for people recovering from a pornography addiction. Register at pummelpornography.com.

When: Saturday, April 23 at 8 a.m.
Where: Lindon City Park
Cost: $25 for one person or $75 for a group of four
Site: pummelpornography.com

That’s what Suzy Jordan grew up believing. Pornography addiction was a problem specific to men — so why then was she struggling with it?

“There’s so many people that were in the same situation, but we are all so scared to talk about it because it’s the taboo thing — the thing that no one is supposed to do,” the Orem native said.

Pornography is a growing epidemic. In fact, the Utah Senate officially declared pornography a public health crisis in February. SCR9 does not make pornography illegal, but does call for more education, prevention, research and policy changes in raising awareness about the affects of pornography.

Jordan didn’t want to fit a pornography addiction statistic — so she did something about it.

“You hear people say they are grateful for their trial and you think, ‘I don’t know if I could ever be grateful for a trial,’ but I truly am,” Jordan said. “It’s like if I hadn’t had this struggle, I never would have stumbled on my strength. I think that in our troubles we find our passions.”

Her strength is her ability to share her story and her passion is preventing other people from feeling the pain she has felt. Now Jordan is trying to teach people how to prevent pornography addiction and making sure they know what resources are available. Her current effort is organizing a 5K, Pummel Pornography, in Lindon for Saturday, April 23.

“It’s not about making money — it’s truly because I went through this and I know how awful it is and how hopeless you feel that I want people to get help,” Jordan said.

She knows because she has experienced the lows, the hopelessness and the feeling of defeat. Luckily, her story doesn’t end on a low, but takes a long road from hiding and shame to vulnerability and recovery. 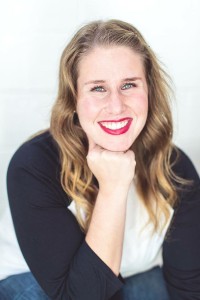 Suzy Jordan, organizer of Pummel Pornography 5K, decided to speak out about her pornography addiction to help others find the help they need for recovery. (Photo courtesy Suzy Jordan)

Eleven. That was the age Jordan had her first encounter with pornography, which fits the national statistic for the average age (8-11) that a child is first exposed to pornography. She remembers hearing about sex and turning to the Internet for answers. Her interest snowballed from there and the situation escalated until Jordan knew what she was doing was wrong, but continued viewing pornography, so she turned to her parents for help at age 14.

The family worked together helping Jordan eliminate pornography from her life and Jordan led her family to believe that she was recovered. But Jordan wasn’t healed. She had stopped talking about her usage and gone back to hiding.

It wasn’t until college when she confessed to a close friend about her pornography usage that she began seeing a therapist in the BYU Counseling Center, but even there she buried her reasons for seeing a therapist, allowing her therapists to believe she was there to treat her depression and eating disorder.

“The key to recovery is vulnerability because when you are hiding it, you’re ashamed of it,” Jordan said, “so the more open you are with it, it takes all the shame away and you have more of a support system so that even when you’re having a hard time … you’ll have more people to talk to.”

As Jordan sought out programs to help her overcome her addiction, she ignored the need for vulnerability. A member of The Church of Jesus Christ of Latter-day Saints, Jordan tried the 12-step program, but to no avail.

“One thing isn’t going to work for everyone,” Jordan said. “Twelve-step programs didn’t work for me; they just caused me major anxiety.”

[pullquote]”There were times I literally had hands over my face because I couldn’t face up to the things I had done that I thought were so disgusting. Almost every single time (my counselor) would say, ‘Do you have any idea how many people tell me that they’ve done that same thing?’” —Suzy Jordan, race organizer[/pullquote]

It wasn’t until Jordan admitted her struggle to her LDS bishop and he recommended a therapist who specialized in sexual addictions that Jordan accepted that vulnerability.

“I was so nervous, but my therapist made me feel so incredibly comfortable,” Jordan said. “There were times I literally had hands over my face because I couldn’t face up to the things I had done that I thought were so disgusting. Almost every single time she would say, ‘Do you have any idea how many people tell me that they’ve done that same thing?’

“It is freeing in a way because we all just think we are so unique and that our problems are so unique and that no one understands. I was going to that counseling center for a year and a half before I really started to see progress. It was slowly allowing me to tell the truth about the whole situation and then trusting the people around me. It’s and ordeal every single time; it’s not easy to tell someone your deepest, darkest secret and that’s what I considered it my entire life. It was my deepest, darkest secret that no one could find out about or else they would think I was some sort of pervert.”

Jordan, now 25, began opening up to more friends and family members. She found solace and developed a program that worked for her, which included family history work and setting boundaries for where she could use her phone and computer. Then she began speaking out.

It was her therapist at Addo Recovery who suggested Jordan organize a race to raise awareness about pornography and the treatments available for addicts.

Jordan followed her therapist’s advice and decided to do something about the ignorance and secretive way people dealt with pornography. She organized Pummel Pornography, a nonprofit 5K race hosted by Women For Decency and meant to raise pornography awareness.

“The money we earn is creating counseling scholarships for people who want to change their life and want to get over this addiction that they have, but don’t have the finances to get that counseling because it can be pretty pricy,” Jordan said.

People who are interested in receiving one of the scholarships can apply at pummelpornography.com.

Plus, she is aiming for a family-friendly environment. It’s a good way for parents to easily bring up the issue of pornography and teach their children in a safe environment. There will be multiple resources available around the race course to learn more about pornography as an illness.