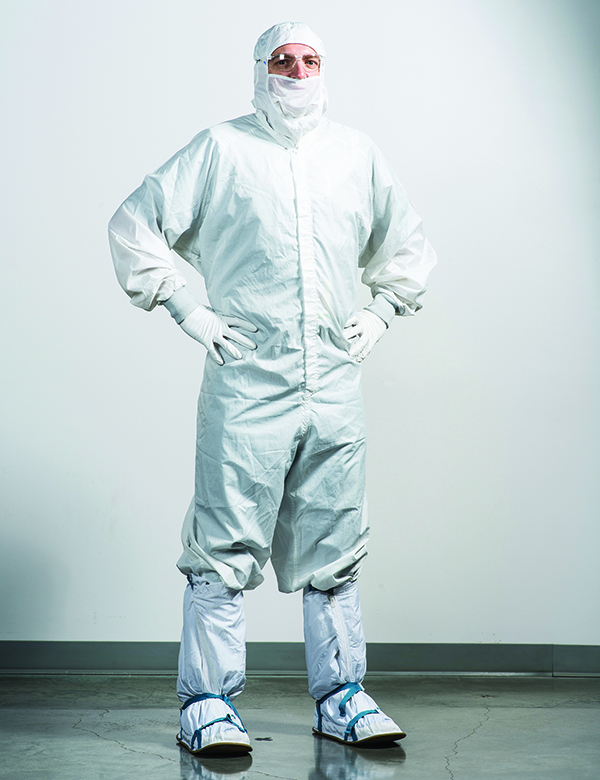 IM Flash, a joint venture between Intel and Micron, employs 1,850 people at its factory in Lehi. Their job? To make memory technology — something people use every day but are blissfully unaware of. P.S. We’re kind of living for this bunny suit right now.

Written By The team at IM Flash in Lehi

1. You could buy an aircraft carrier for the price it takes to set up a memory factory.

It takes $4 to $5 billion to set up a memory factory, which is one of the reasons there are only a few major players in the business worldwide. IM Flash is one of the only makers of flash memory in the United States. For that price, you could buy an aircraft carrier, or if you’re a sports fan, you could buy the LA Clippers and the LA Lakers.

3. It takes about a month to make a memory chip.

A chip undergoes hundreds of process steps from start to finish, a progression that takes roughly a month to complete. The chips are escorted from step to step by automated robots to minimize human exposure, which could contaminate the chip.

4. Making memory is an invisible world of devices that are too small to be seen with visible light.

One memory chip is a miniscule maze of layers and circuitry so small they’re measured in nanometers. A human hair is about 0.1 millimeters wide, or 100,000 nanometers. By comparison, the transistors on a memory chip are about 20 nanometers. “Despite our inability to perceive them with our own senses, NAND flash memory technology has changed everything about our lives, especially how we communicate with each other,” says Joseph Baker, a senior product lead with IM Flash.

5. The cleanest you’ve ever felt.

Memory chips are made in a giant cleanroom where the air is 100 times cleaner than a hospital (100 particles of dust per cubic foot at IM Flash vs. 10,000 particles at a hospital). IM Flash team members work 12-hour shifts in “bunny suits” — specially designed suits to keep our memory chips as clean as possible.

(Go to imflash.com/tour to get a first-hand look at how IM Flash makes memory.)

LDS or Mormon: Brian Billick's confusion during his time at BYU Next post