Home Things To Do Events Rooftop Concert Series opens with The Str!ke and The Aces in May

Rooftop Concert Series opens with The Str!ke and The Aces in May 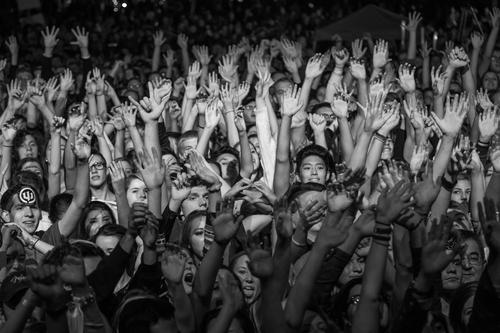 The 2016 Rooftop Concert Series begins on Friday, May 6. (Photo by Justin Hackworth)

Provo’s annual free concert under the stars is kicking off for its seventh season — and this year it is getting started a month earlier. There will be five months of concerts with the additional concert in May.

“This year we’re planning on maintaining our Rooftop roots — concentrating on new up-and-coming bands from our local scene and giving spotlight to some of our favorite Provo bands,” said Courtney Kendrick, co-founder of the Rooftop Concert Series, in a press release. “We do have some surprises in store — it’s going to be a delightful season for sure.”

To open Provo’s popular concert series, local bands The Str!ke and The Aces will co-headline the first show on May 6. The Str!ke has gained national attention and performed at the Stadium of Fire. The Aces, formerly The Blue Aces, is a band of four girls who have opened for the Neon Trees. Mimi Knowles will open for the two bands with his hip hop song — and for the time he is bringing his full band to the Rooftop Concert Series stage.

While the Rooftop Concert Series started on a parking garage rooftop off of Center Street, the series moved to the Nu Skin Plaza, 100 W. Center Street, in 2015 because of the overwhelming popularity of the concerts.

Lured In: A case for fly-fishing and bass fishing Next post