Despite rainy April, Utah’s still below average for precipitation 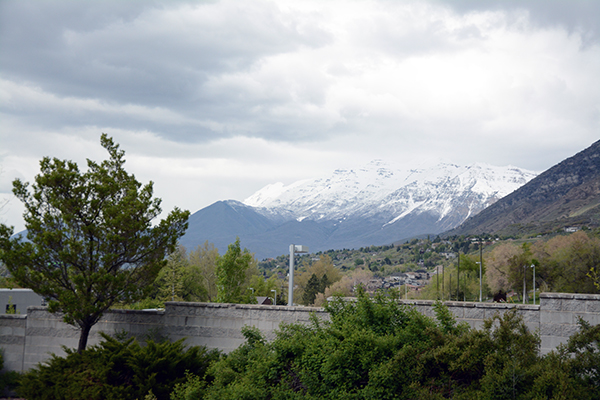 While recent rain showers have helped snowpack in the mountains, like Mount Timpanogos shown here, Utah still had a below-average winter. (Photo by Rebecca Lane)

It may have seemed like a wet winter, but that’s only because it came after four years of below-average winters.

“February really hurt us,” said Glen Merrill, meteorologist with the National Weather Service in Salt Lake City. “We were looking great going into February. It was very warm and very dry and that really hurt the snowpack.”

Up until February, Utah’s snowpack was above normal, and then it dropped to below average, he said, with the melting snow sucked up by dry soil. And even though April seemed like a very rainy month, the state needed well above average rainfall, not just average or near average, to get back to 100 percent of normal.

He said it would take several very large snow storms to get the area back to average, and that’s not going to happen.

But even though the April showers didn’t make up for a dry February, they did help, Merrill said. The rain meant snow at higher elevations, plus the cool and wetter weather slowed down the snow melt rate — that means the snowpack will hold until mid- to late May and it won’t all come down at once. It also means less sprinkler use.

The runoff won’t be at normal levels, but rivers will still be cold with fast flows, Merrill said.

“Even though we’re not expecting river flooding, whenever we have increasing snow melt the flow of these mountain streams and rivers increases dramatically,” he said. “People need to be really cautious near these rivers. They’re flowing very fast and cold.”

Here's Donny! Utah Valley's most famous face sings through the verses of his 58 years Previous post

21 high schoolers who will change the world Next post