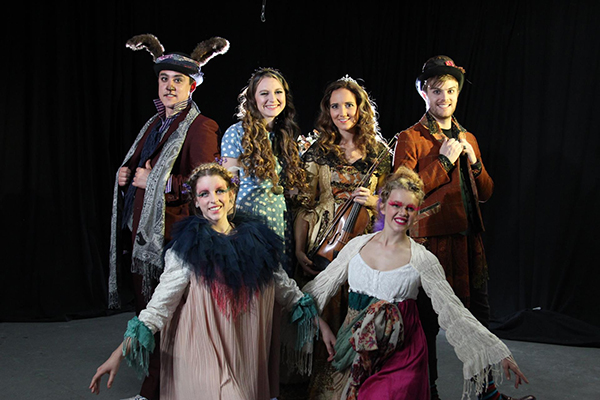 Courtney “Velma” Rippstein designed the costumes for the Mad Hatter, March Hare and the two dancers. Plus, she helped with the table decor for the tea party. (Photo courtesy Velmaripp Cosplay Facebook)

Violinist Jenny Oaks Baker and TREN take a trip down the rabbit’s hole for an adventure in Wonderland in their new YouTube video.

The song, written by TREN, is a tribute to Disney’s “Alice Through the Looking Glass,” which hits theaters on May 27, 2016.

“The song is inspired by the power of imagination,” said Taylor Miranda, one of the four members in TREN. “We love the idea that through creativity and imagination anyone can create their own Wonderland.”