Home LDS Being LDS Changing the night to day: Learning from rejection as a young missionary

Changing the night to day: Learning from rejection as a young missionary 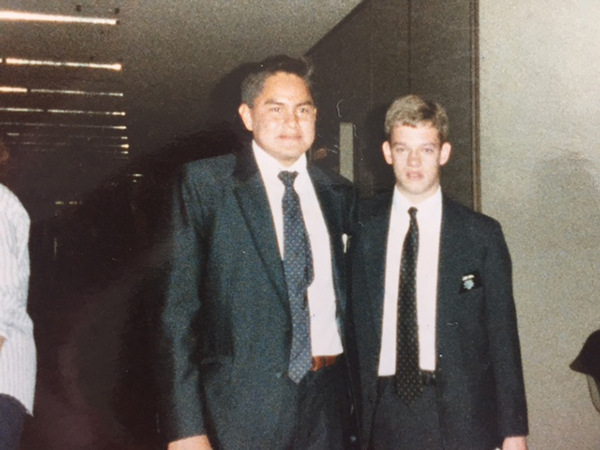 While I enjoyed my two-month experience at the Missionary Training Center in Provo, I couldn’t wait to arrive in Chile to begin teaching the gospel.

Along one of my first legs of my series of flights, I sat next to a bearded, 20-something man and we struck up a conversation. Naturally, I started teaching him the gospel in English. It was my first real discussion I taught on my mission. The man was gracious, asked questions, and I felt it went well. One missionary sitting behind me was listening to our conversation.

When we got off the plane, he told me, “I was praying and cheering for you.”

This teaching the gospel stuff, I thought, is fun and easy.

Confidently I boarded my next plane hours later and sat next to a thin, middle-aged man sitting next to the window. I smiled and greeted him like a good missionary should. He smiled back. The man spoke English with a thick French accent.

Based on my previous experience sharing the gospel on an airplane — nine hours with a captive audience — I figured that this man would be begging me to baptize him as soon as we got off the plane.

Of course, I began with the obligatory building a relationship of trust, which I had learned in the MTC, and things were going well. We talked about our families and the reasons why we were going to Chile.

Once the plane got airborne, I asked him, “Would you like to know more about our Church?”

“Why not?” he said politely. 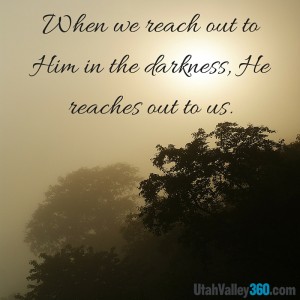 So I unpacked my tools of the trade — discussions, scriptures and flipcharts, eager to go to work. After starting with the script I had memorized in English, I asked him the first golden question: What do you think about God?

The man shifted in his seat, looked me in the eyes and said, matter-of-factly, “I don’t believe in God. I’m an atheist.”

He then talked for the next 20 minutes about how there could not possibly be a God because of all the pain and misery in the world. He, himself, had suffered so much that he could never believe in the existence of a Supreme Being.

I have to admit, he gave some pretty compelling arguments.

It was the most depressing life story I had ever heard. As he talked, I noticed the darkness of the night outside the window. I started packing up all my belongings. When he finished, I thanked him for his time, and bore my testimony of what I knew to be true. He then put something over his eyes so he could go to sleep.

Me? I couldn’t sleep.

All I could think about was, what am I doing? For the first time, it hit me that I was leaving home, and the country I love, for two years. I wouldn’t see my family or watch sports for two years. What if my whole mission was like this, filled with rejection? How could I, who saw myself as so weak, make a difference in people’s lives? I wasn’t charismatic or intelligent or persuasive. I was just a 19-year-old kid from Holladay, Utah, who was still trying to figure out life.

As time crept on, doubt, discouragement and darkness did, too. I felt like I was suffocating. The dark feeling around me, and inside me, was palpable.

I was exhausted, restless, scared and unsettled. I was convinced I didn’t have what it took to be a missionary. When we made a stop in Guayaquil, Ecuador, to refuel, a part of me wanted to run off the plane, call home and get on the next flight back to Salt Lake City.

Instead, I just remained in my seat and suffered quietly in anguish. We took off again for Santiago and my stomach was in knots.

Abide with me! Fast falls the eventide;
The darkness deepens. Lord, with me abide!
When other helpers fail and comforts flee,
Help of the helpless, oh, abide with me!

This singing and praying went on for what seemed like hours, until, somehow, I fell asleep.

I was awakened by sunlight streaming through the windows of the plane. Light filled me both inside and out. All of my fears, and my doubts, seemed to have melted away. Through prayer, and hymns, the Spirit touched my heart, peace returned to my soul and I regained confidence in my ability to be the missionary. It was as if the Lord assured me he understood how I felt, and to place my faith in Him. Once again, I received a witness that He was sending me to Chile for many reasons, for purposes that were beyond my mortal comprehension.

Looking back now, I understand many of those reasons.

It was an experience I reflect on when I am going through adversity, and when I feel shrouded by darkness and doubt and fear. The power of God’s love and light is accessible to all of us, if we seek it.

Thanks to my nine-hour flight from Miami to Santiago, I can relate. Just as the rising sun chases away the darkness of the night each morning, so can darkness be chased away by the Spirit of the Lord in our lives. When we reach out to Him in the darkness, He reaches out to us.