Since 2001, Utah Valley Magazine has been highlighting high schoolers who will change the world. We caught up with five of the gamechangers featured in 2006 to see what they’ve been up to the past decade. Verdict? They’re still at the head of the class. 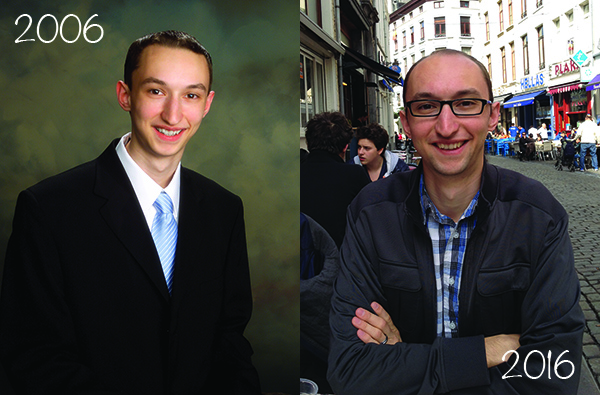 What a difference 10 years makes I earned a degree from BYU in computer science and served an LDS mission to the Netherlands. Now I work as a software developer at Xactware in Lehi.

Hardest moments My hardest moments are watching those I love go through difficult experiences, especially when there’s little I can do to help.

Happiest moments Laughing with my 1-year-old son and seeing the wonder in his eyes as he discovers the world.

Advice for your 18-year-old self Learn all you can about yourself and strengthen your friendships. This is the best time to do it.

Current goal Become a better organist. I’m largely self-taught and it’s something I’ve picked up in the past few years, so I have a lot to learn. 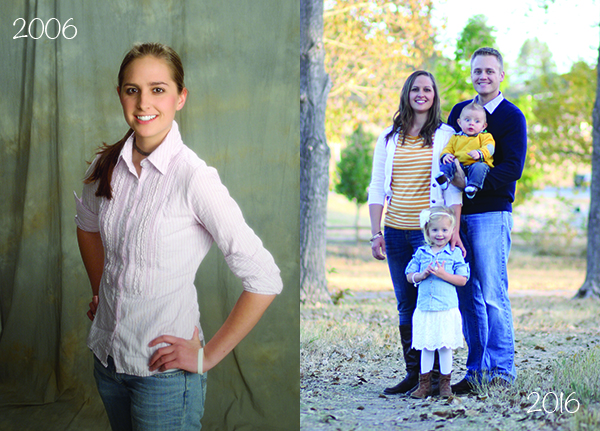 What a difference 10 years makes I married my best friend, Zach, and graduated from Utah State. After graduation, we moved to Colorado, where we’ve lived since 2012. We have two beautiful children — Roxanne (3) and James (1), with another baby due in September. I am a stay-at-home mom, which is the toughest and most rewarding thing I’ve done.

Happiest moments The happiest days are those I’ve shared with my family, the day I was sealed to my husband, graduating from USU, and the days my children were born. Plus, all the amazing days of travel with my family.

Advice for 18-year-old self Don’t be over confident in your ability to eat anything. Especially concerning hot sauces and hot peppers — you’ll be tempted to eat these things because you think you have a stomach of steel. It is not true! 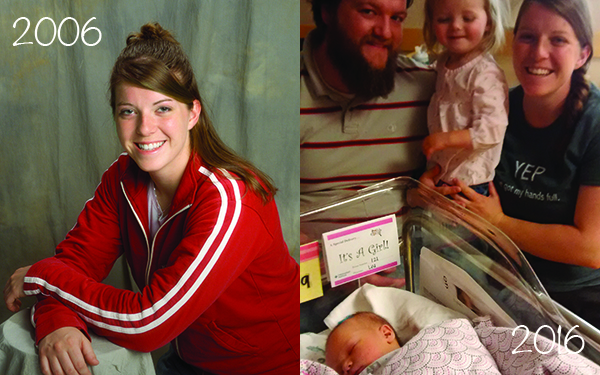 What a difference 10 years makes  I earned a bachelor’s degree in philosophy at UVU. In 2008, I went to Uganda on a humanitarian trip and learned the difference between “needs” and “wants.” I served a mission for the LDS Church in Chile and did an internship at Capitol Reef National Park. I married Russell Oliphant in June 2013 and had my first baby in 2014. We had our second little girl in March.

Hardest moment Realizing how small my contribution to changing the world really is. I wanted to make a change in the world by going to Uganda, but after a week I realized how much more there is to do.

Current goal I want to raise money for refugees. Some friends and I are planning a 5k on June 18 at Rock Canyon Park (2620 East, Provo). 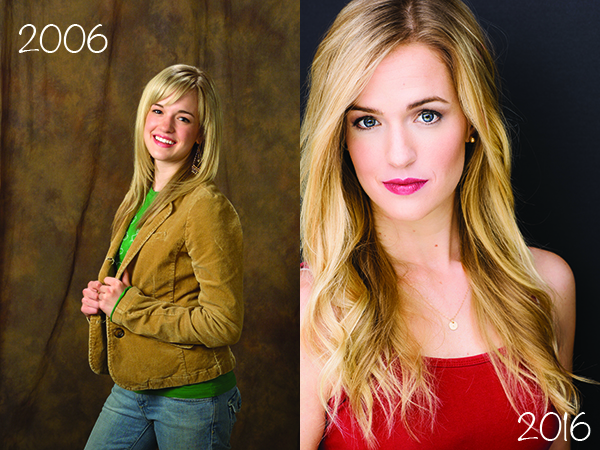 What a difference 10 years makes  I graduated from BYU with a bachelor’s degree in acting and spent a year teaching at Lincoln Academy. I performed across the country, including at Disney World, as well as touring as Lady Macbeth in the Utah Shakespearean Festival’s production of Macbeth. I live in Los Angeles, working and acting in the film and television industry.

Hardest moment After the excitement and fun of starting a new adventure in Los Angeles, I constantly found myself alone and wondering if I had made a huge mistake.

Advice to your 18-year-old self Dream bigger. Fail harder. Love deeper. Work harder. Celebrate more. Be vulnerable. It’s alright to be discouraged — let it fuel your drive. Eat more treats. Serve more. Treat yourself right.  Listen to your heart, and call your mom. 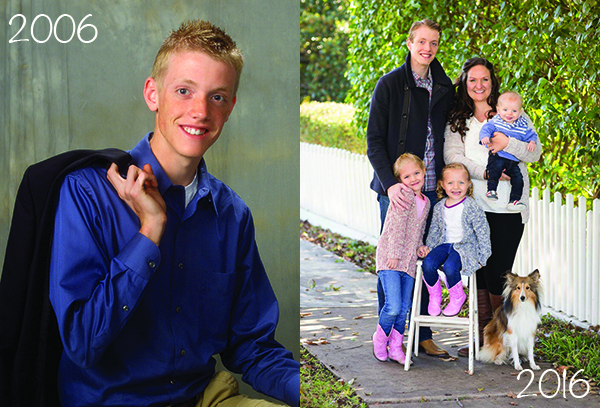 What a difference 10 years makes I served a mission in Taiwan and then graduated with bachelor’s and master’s degrees from the BYU School of Accountancy.  I have been married for six years and have two daughters and a son and live in Austin, Texas, where I work as a CPA auditor for Ernst & Young.

As a high schooler you competed in the state championship cross country race as team captain. Has running continued to be a focus? My last race was the Nike team national championships as a senior. After high school, running became my daily exercise.

Happiest moments My wedding and witnessing the birth of my children.

Advice to your 18-year-old self Wake up early, exercise and get a start on the day. There’s so much to do and not enough time to do it all in.

Flying Together: Spanish Fork's Brian and Tricia Stauffer are on the road to an empty nest Previous post

2016 schedule for outdoor movies in Utah County Next post