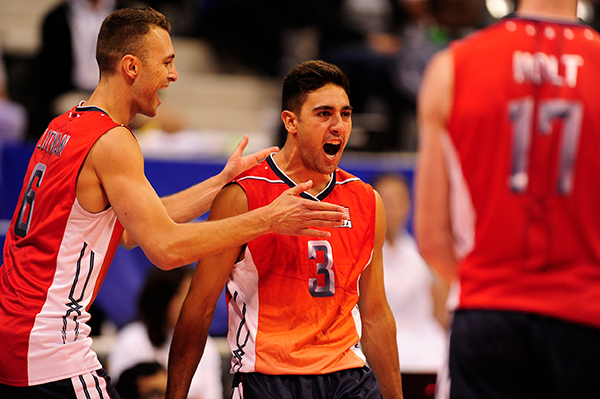 Sander joins four seasoned Team USA members — two of which who helped win gold at the 2008 Olympic Games in Beijing — and seven other first-time Olympic players.

U.S. Head Coach John Speraw told teamusa.org that this is a young team with the average age at 27.8 and nine players under the age of 30.

“The goal is to make sure we are the best team we can be in Rio,” Speraw said. “In order for us to achieve our goal, we are going to need one of the greatest collective efforts in USAV history. We don’t have the experience that past teams have had. For us to go through this is going to require all of us to be at our very best.”

Former BYU cross country star Jared Ward punched his ticket to Rio for the marathon earlier this year. He placed third at the Olympic Marathon Trials in February with a time of 2:13.

No other BYU athletes have claimed a spot on Team USA yet, but there are multiple athletes still competing for a spot.

BYU’s Shea Collinsworth and Shaquille Walker both took third place in their respective races at the NCAA Division I Track and Field Championships at the beginning of June. Both athletes competed in the 800m race. Both Collinsworth and Walker will return to Eugene, Oregon during the first week of July to compete for a spot on the U.S. Olympic Team this summer.

BYU swim and dive team has eight athletes vying for a spot at the 2016 U.S. Olympic Team Trials at the CenturyLink Center in Omaha, Nebraska from June 26 through July 3.