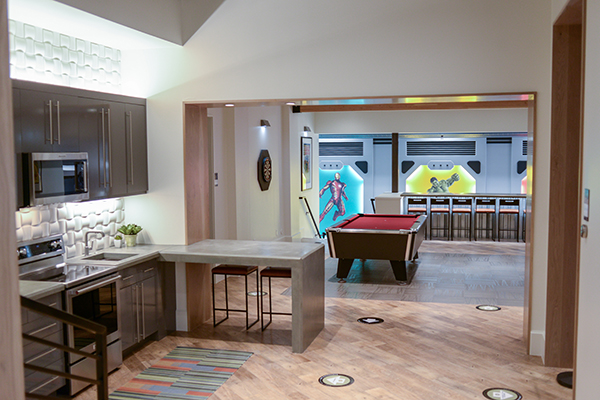 McEwan Custom Homes, which has a bowling alley in the basement of the 2016 home, won tier 7 in the Judges Choice Award. (Photo courtesy UVHBA)

The Utah Valley Parade of Homes had its most successful run during the 2016 Parade with more than 25,000 attendees touring the 40 custom-built homes.

“Looking back on this incredible success, we feel so grateful for the hard work of our home builders, designers, sponsors and everyone who came together to work on the Parade,” said Utah Valley Home Builders Association (UVHBA) Executive Officer Steve Caldwell in a press release. “It’s an honor to work with these people on such a great event.”

Last week, the UVHBA named the Judges Choice Award winners. The Judges Choice Award is peer-reviewed — meaning the homes are judged by other builders with houses in the Parade — and separated into seven tiers. These tiers are broken down according to price of the home starting with the lowest category in tier 1 and moving to the most expensive in tier 7. The winners in each tier are: 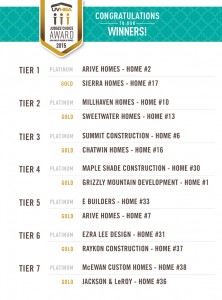 “As they always do, our homebuilders really went above and beyond, crafting pristine quality that can be seen in each and every one of this year’s homes,” Caldwell said in a press release. “Attendees have been in awe of the level of craftsmanship and detail that has been featured this year.”

Of the 40 homes, the houses range in price from $230,000 to more than $3 million. Home builders participating in the Parade generated multiple leads per home.

Did you miss the Utah Valley Parade of Homes? You can still view basic information about the 40 parade homes here.