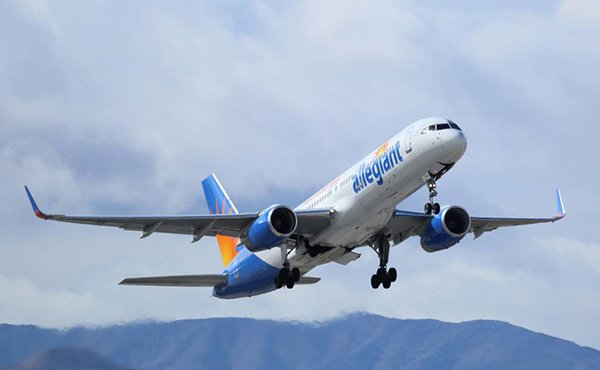 Starting at the end of September, you can fly from Provo to San Diego. Mayor John Curtis announced the new Allegiant flight this morning on his blog.

Allegiant will fly between the two cities twice a week. It already flies from Provo to Oakland, California; Mesa, Arizona; and Los Angeles. The flight to San Diego leaves Thursdays and returns on Sunday. A flight leaving Provo on Thursday, Sept. 29, is listed on allegiantair.com at $45. The return flight on Sunday, Oct. 2, is $40.50.

“If you haven’t flown out of Provo, give it a try,” Curtis said. “It’s an amazing, convenient experience. You park across the street and walk in. There’s not the usual rush and stress of a big airport. It’s a lot of conveniences.”

Curtis said his goal is to have flights from the Provo Airport to about a dozen regional cities. On his list: Seattle, Portland, Denver and cities in Arizona and Texas. He’d also like to add airlines to the airport’s roster.

Provo is courting all airlines, Curtis said. One of the difficulties in finding another airline to serve the city is that carriers, like Delta, don’t want to add a route that will compete with a current route — like out of the Salt Lake airport. “It’s not impossible, but difficult.”

And now that the Provo Airport is adding a new route, the airport is close to needing more terminal space and more employees, including more police and fire employees, he said. “We’re very close, right on the bubble.”

Allegiant is giving away flights to San Diego to an entire row at the Stadium of Fire. The winners will be announced during the event on July 2.