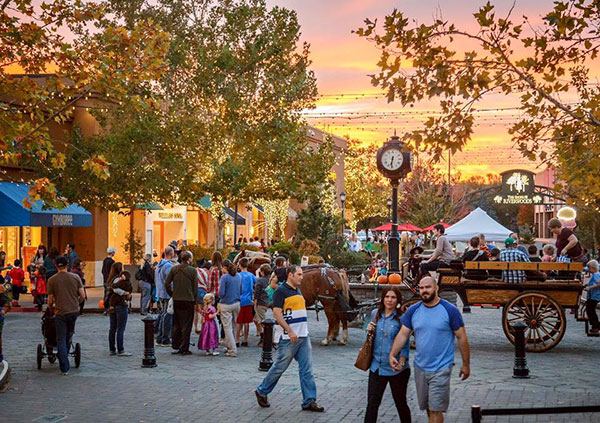 There were no big announcements — sorry, no Trader Joe’s — but on Tuesday night Provo residents learned about what’s happening on the city’s retail scene.

Provo Mayor John Curtis hosted a Retail Town Hall (he held a similar event last year) so that Provoans could hear from city representatives and people involved in the big retail developments in the city. Channel 17 recorded the event, and it will be available on YouTube by Thursday.

The Shops at Riverwoods

Representatives of the shops said they’re working with developers for a potential expansion to make it bigger and better.

“They’re just really, really happy with how well the shops are doing and the restaurants,” Booth said.
Also, the high-end grocery store is still planned for the shops.

The Mix at River’s Edge

No one from the The Mix could make it to the meeting, but the city had a map and shared some details about the development, formerly known as the Plum Tree Plaza on University Parkway.

There’s a hotel and high-end apartments as well as retail planned for the development, Booth said. They also want to open up access and views to the Provo River.

“They talked a lot about it being an experience to go there,” she said.

Representatives of Brixton Capital, the new owners of the mall, didn’t publicly share any details, but they do plan to upgrade and renovate the shopping center.

“They’ve got some exciting plans,” Booth said. … “They want to make the Provo mall something that residents are proud of.”

Brixton announced it had purchased the mall in February. The mall hasn’t been remodeled since it opened in 1998.

Booth said they’d hoped to have an announcement about East Bay, but it’s not quite ready. They hope there will be some East Bay news in about three weeks.