“Although it may not look like much yet behind us, I can tell you that this will be an amazing campus when it is complete,” said Steve Smoot, Utah Valley Hospital CEO. “The architects have been able to take an existing structure and put it together as though it were new from an empty field. We didn’t think this was possible; we think they are pure geniuses in what they have fulfilled. Going through this building when it is complete you’ll feel like this was planned from the start.”

Utah Valley Hospital and Jacobsen Construction took journalists on a tour of the ninth floor of the new Patient Tower — which is scheduled for completion in Fall 2018 — before the “Topping Out” ceremony on Thursday morning. Here are the views future patients will see as well as the progress of the structure. 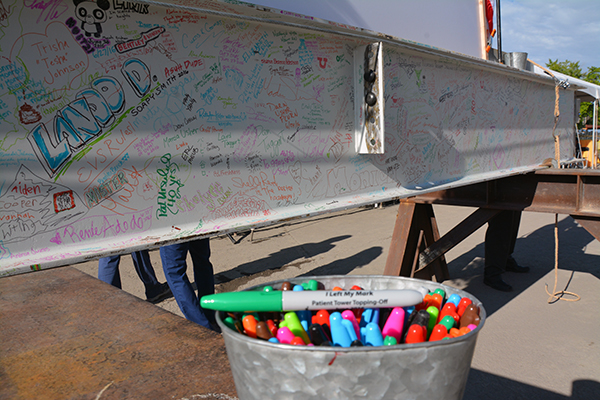 Utah Valley Hospital kept the final beam for the Patient Tower in the hospital for employees to sign in the weeks leading up to the “Topping Out” ceremony. The colorful sharpies had “I Left My Mark” written on each marker. 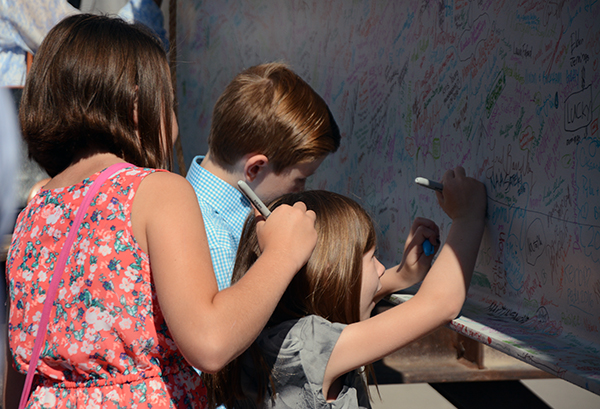 Attendees at the ceremony were able to sign the beam before it was lifted to the top of the Patient Tower. 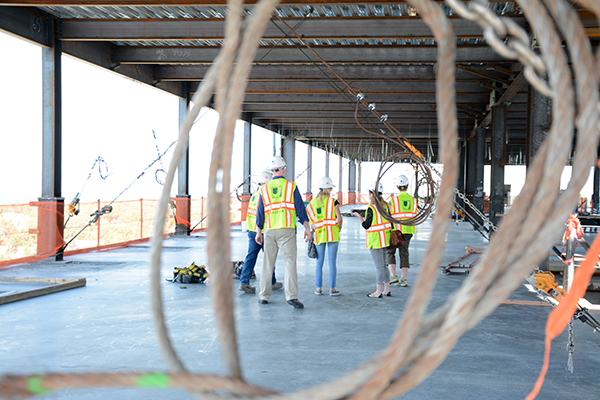 Journalists touring the ninth floor were instructed to watch their feet while they were walking on the Patient Tower, which has equipment all over the floor. While the space is open now, there will be 1,604 new doors when it is complete. 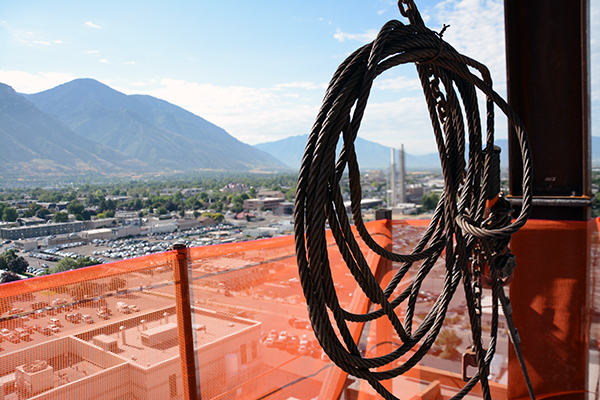 The Patient Tower currently has no walls. Orange construction mesh and steel bars show the end of the cement slabs that make up the floor. In August, they will install 410 glass windows. There will be 113,000 square feet of glass in place when the building is complete. 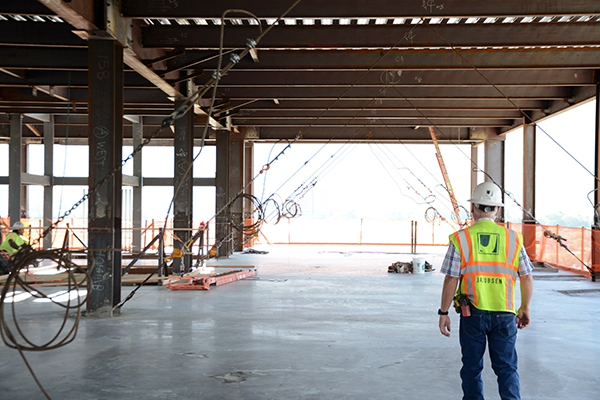 During this phase of construction, the ninth floor is wide open. However, the seventh, eighth and ninth floor will eventually be medical and surgery units with private rooms. 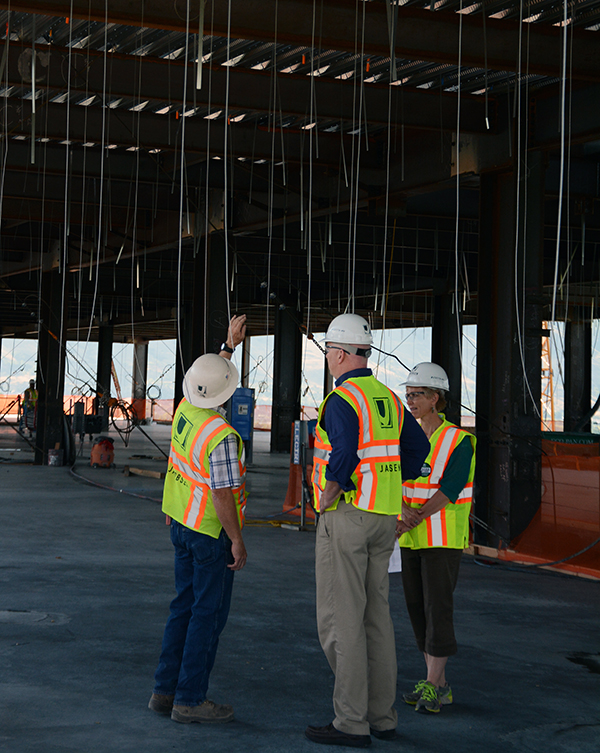 The cables hanging from the ceiling on the ninth floor will be used to suspend medical equipment in the patient rooms. 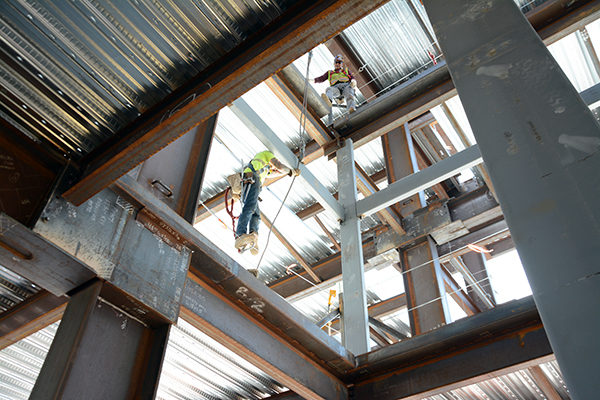 Jacobsen construction workers balance while working on the stairwell. There will be 12 floors in the Patient Tower. 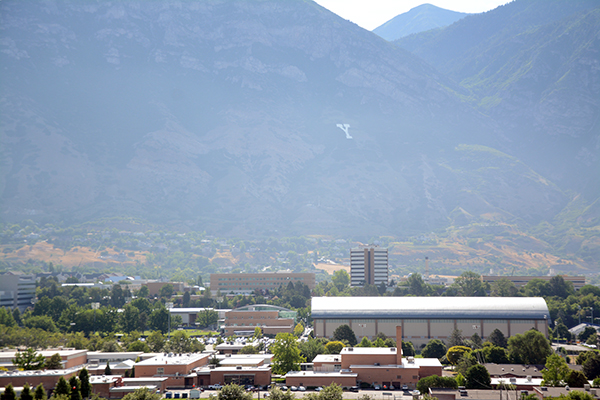 When completed, the Patient Tower will be the tallest standing building in Utah County standing at 209 feet tall. The building is supported by a slab of concrete 48 inches thick and stretches to approximately the size of a football field. 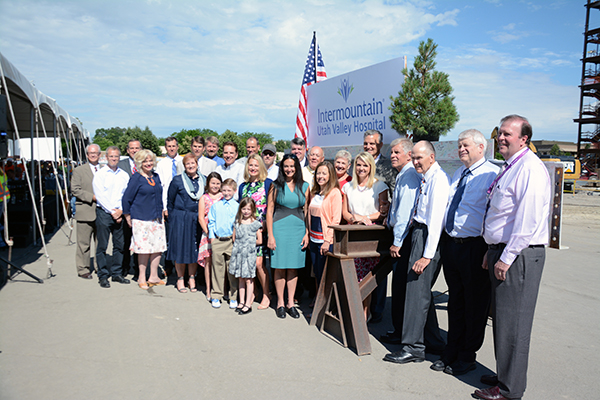 The donors who have helped fund the project stand next to the final beam before it is placed on the Patient Tower. 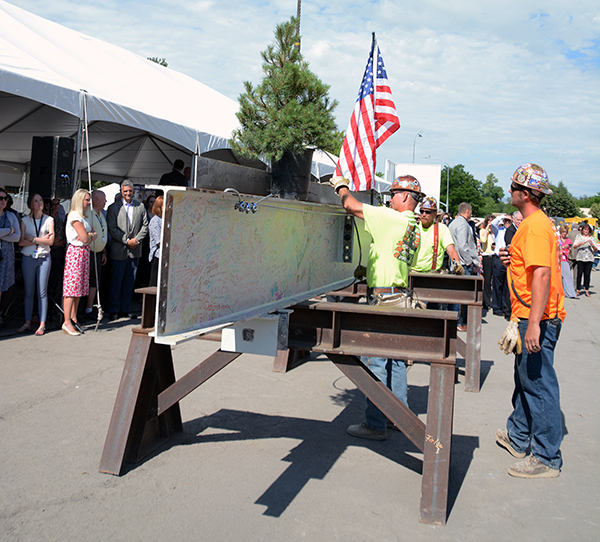 A construction worker secures the final beam so it can be hoisted on top of the Patient Tower. On top of the steel beam is an American flag and a tree. The tree represents bringing life, which is a Scandinavian tradition. 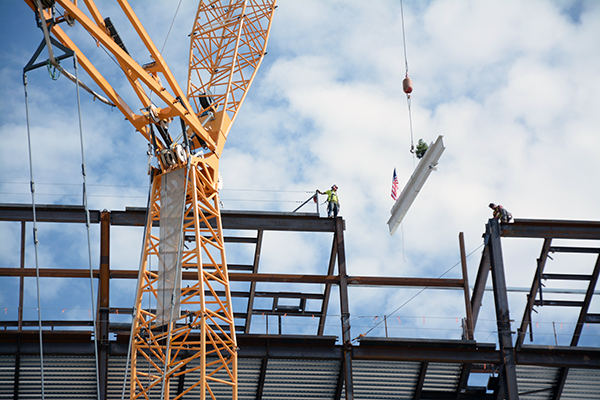 Two construction workers stand, latched in at the top of the tower to help guide the final beam at the “Topping Out” ceremony. The tower is made with more than 4,000 tons (or 8 million pounds) of steel. 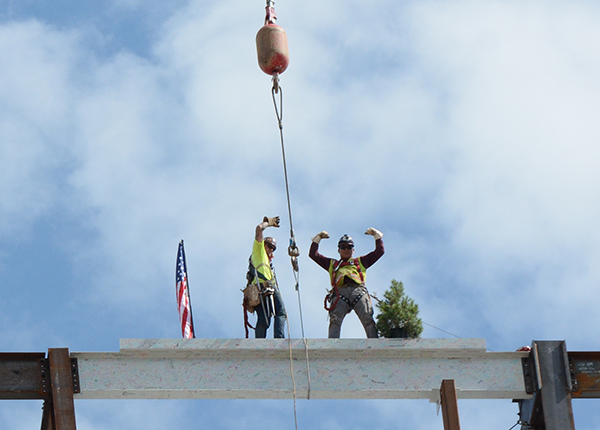 The construction workers celebrate the completion of installing steel beams on the Patient Tower.

As a 'player's coach,' Kalani Sitake puts his stamp on the BYU football program Next post