Home Life Everyone deserves a chance to play: Mapleton’s special needs league is for VIPs

Everyone deserves a chance to play: Mapleton’s special needs league is for VIPs 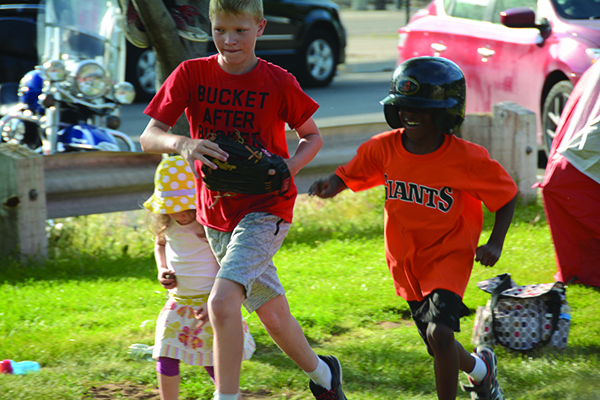 Volunteer peer helpers benefit as much as the athletes they assist.

Imagine a baseball game with no rules. No score. And everyone is on the same team.

It doesn’t sound like a typical baseball game — and that’s because it’s not.

Keri Beardall is the director of the VIP Special Needs Sports League in Mapleton. The league has one rule — there are no rules. The league caters to children with disabilities ranging from severe ADD to cerebral palsy.

“So many of these kids want to be like their siblings or their friends,” Keri says. “They want to play ball, too.”

Keri originally got involved with the league when her son, Austin, was 6. Since four months old, Austin has had almost daily seizures, which affected his development and made playing sports with other children difficult.

Then Keri discovered the VIP Special Needs Sports League. Keri enrolled her son, and a few years later the directors asked Keri to take over the league.

“I didn’t it want it to go away because he loved it so much,” Keri says. “I couldn’t give it up because I’m really attached.”

Even though her son is now 22 and sometimes does not want to play, Keri continues to direct the league on a volunteer basis.

“It’s such a special, spiritual  experience because a lot of the time people don’t have that opportunity to work with children who have  disabilities and see the world through their eyes.” —Keri Beardall

“I have to keep doing it because all these kids are benefiting, and I don’t want it to not be there for them,” Keri says.

The league adapts the sports to the needs and abilities of the children. For example, one girl with spina bifida is confined to a wheelchair. Using a hockey stick, she takes the soccer ball down the field and passes it to the other children. 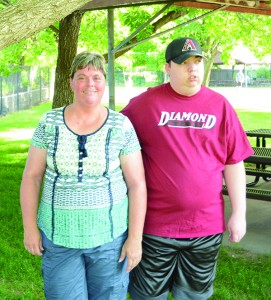 Keri Beardall got involved in the VIP Special Needs Sports League when her son was 6. Now he’s 22 and she continues to direct the league where many of her NICU patients end up playing.

Peer buddies also help the players during the game. During baseball season, peer buddies push the athletes in their wheelchairs from base to base or they help them hold the bat.

“It’s such a special, spiritual experience because a lot of the time people don’t have the opportunity to work with children who have disabilities and see the world through their eyes,” Keri says. “They are the most loving children in the world. They are nonjudgmental.”

For Keri an added joy is playing with children she worked with in the Neonatal Intensive Care Unit at Utah Valley Regional Hospital where she has worked for 20 years. Through the VIP Special Needs Sports League, she has watched some of the same newborns she cared for score goals, hit home runs and shoot baskets.

“Once I had a friend say, ‘You never expect to leave a baseball game with tears in your eyes,’” Keri says. “It’s so amazing to watch these kids because some of them are so good. They can bat it out of the park.”

For information about donating to the league, volunteering as a peer helper or getting your child involved, contact Mapleton City or Keri Beardall.

14 tips to feed the social media beast Next post