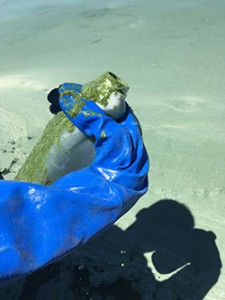 The state Department of Environmental Quality is working on new regulations, called an integrated report, that’s open for public comment through Sept. 8. So the council adopted a joint resolution on Tuesday with Mayor John Curtis, asking state officials to slow down and further study the issue.

These new regulations “may have some unintended consequences that have not been thoroughly vetted with the scientific community,” said Provo Public Works Director Dave Decker. “We may be jumping the gun a little bit on some of the regulations.

“We have an obligation to ask serious questions about where those regulations are going to take us,” he said.

“We may be jumping the gun a little bit on some of the regulations.” —Dave Decker, Provo public works director

The state already has implemented regulations requiring reductions in phosphorus and nitrogen — together called nutrients — in effluent water, which is the water that comes from wastewater treatment plants. The report under consideration now could further reduce those levels.

Algae feeds on these nutrients and grows, causing algal blooms. But some experts consulting with the city say that taking the nutrients out of effluent water won’t reduce algae in the lake, or prevent an algal bloom like what happened in July this year, causing the state to close the lake. It reopened to swimming and other activities on Tuesday.

LaVere Merritt, a professor of water and environmental engineering at BYU, said he and others advised the state that reducing nutrient limits wasn’t wise because the water system in the valley is naturally nutrient rich, and algae will continue to grow.

“We see that as a terrible waste of resources and money,” he said.

Also, limiting nutrients in effluent water may result in more harmful, blue-green algae. Richard Mickelsen, Provo’s environmental and laboratory compliance officer, said blue-green algae is more resilient than green algae, and with limited nutrients it will be the type that survives and the green will not.

Merritt said the nutrient regulations don’t have many benefits and are a waste of public resources.

11 most important players for BYU football in 2016 Next post