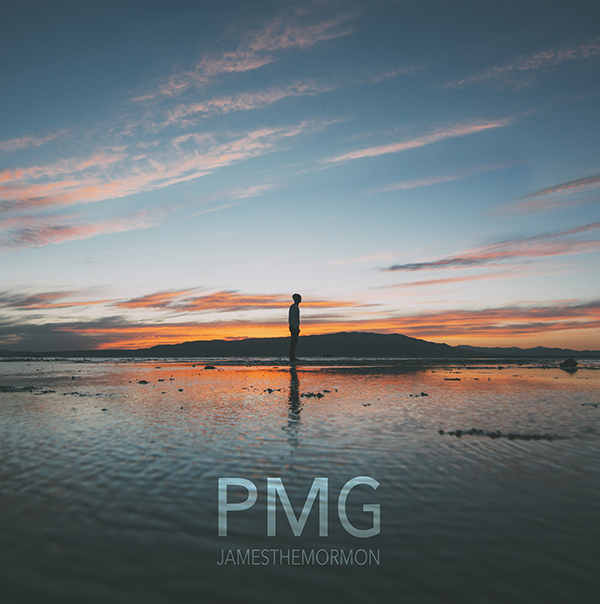 It has been a big year for Utah County resident Jamesthemormon.

Jamesthemormon, whose given name is James Curran, made history with his “I’m Not a Rapper” album in April when it hit No. 1 on the Top Hip-Hop/Rap Album chart and No. 7 overall album on iTunes. And now Jamesthemormon has a new goal in mind — charting on the Billboard Top 100 with his new single featuring David Archuleta.

But his goals are not for personal recognition. After all, Curran still maintains that he does not identify himself as a rapper.

Following the success of “I’m Not a Rapper,” Curran said he has put more focus into his music.

“I’m still not pursuing it as a career although I want it to be as successful as possible,” he said. “Just as a person shows up for an intramural basketball game, they aren’t a professional basketball player, but they are still putting their blood, sweat and tears into it. “

On paper, Jamesthemormon’s goal is to chart, but in reality his goal is to share positive and motivational messages that could point people back to The Church of Jesus Christ of Latter-day Saints. But Jamesthemormon doesn’t want to be preachy.

“If you listen to ‘PMG,’ it goes through all of the lessons, but I never talk about anything religious. I don’t say God, I don’t say Joseph Smith. … I wanted people to hear the song, feel something and like the song.” —Jamesthemormon

“You can describe making a sandwich without using the word bread or peanut butter,” Curran said. “You can still get the point across without saying the exact things.”

On Monday, Curran re-released his album, “PMG,” which was originally released on Aug. 19, 2015. The album has six songs that represent the lessons taught by missionaries, and the album title stands for the missionary training manual, “Preach My Gospel.”

“If you listen to ‘PMG,’ it goes through all of the lessons, but I never talk about anything religious,” Curran said. “I don’t say God, I don’t say Joseph Smith. … I wanted people to hear the song, feel something and like the song.”

The album was re-released with a new single, “Workin,” which features prominent LDS singer David Archuleta, who served an LDS mission in Chile. Archuleta is known for his smooth, angelic voice used mainly to sing ballads — talents not typically associated with rap songs. However, Deseret Book contacted Curran and requested the two artists work together. Curran didn’t object.

“When I work with any artist, I’ve written basically anything,” Curran said. “I’m basically borrowing their voice and I tell them how I want it.”

“I saw that there were people that saw the same vision as me,” he said. “It validated that what we are doing is something that God supports and he’s completely behind it. It made me want to keep going and scale it. My goal is to team up with worldwide artists and do what we are doing not just in Utah.”

And now Curran says his rapping mission to share uplifting messages will continue to move forward. But he needs the community’s help to achieve that goal.

“The community has to rally behind you to get it, and my hope is that they do that,” Curran said.

In order to reach the Billboard Top 100, Curran has asked people to buy the song, write reviews and share on social media. You can purchase “PMG” and the single, “Workin,” on iTunes or at Deseret Book.

Quiz: How well do you lineup with the 2016 Cougars? Next post