Home LDS Being LDS Sandbagging on Sunday: How canceling church taught one young man about service

Sandbagging on Sunday: How canceling church taught one young man about service 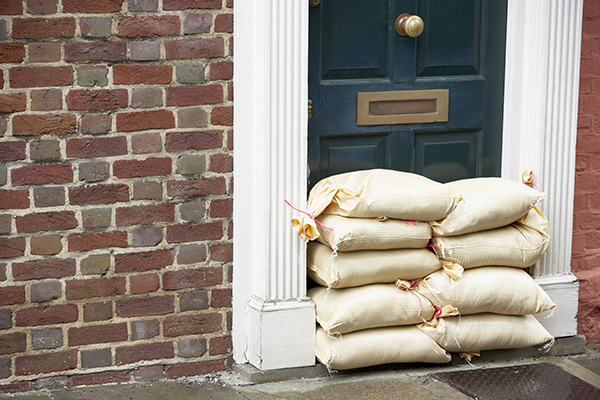 The bishop stood before the throng of men and boys in my ward and announced that we would not be holding priesthood meeting on that particular Sunday afternoon.

There were some audible cheers and spontaneous clapping from some of the Aaronic Priesthood holders, who were hoping to go home and relax.

I was one of them.

The reason for cancelling priesthood meeting that Sunday in the spring of 1983 was that a substantially wetter-than-usual winter caused flooding throughout the Salt Lake Valley. A river rushed through downtown Salt Lake City and rising waters were threatening homes in my ward in Holladay. Our task, the bishop instructed us, was to change into our work clothes and start filling sandbags to save homes of our ward family.

We spent the rest of the day, and night, hefting sandbags to the banks of the swollen creeks in the backyards of those homes. While I remember working hard, I also remember the joy I felt in serving others, especially when I saw a woman, who had feared her home would be flooded, crying with gratitude when she saw an army of priesthood holders congregating in her yard.

It was the priesthood in action and that lesson has remained with me all of these years.

It was the priesthood in action and that lesson has remained with me all of these years.

Decades later, in the Cedar Hills 4th Ward, I remember a similar feeling of united service. It was the winter of 2008, just one week after the death of President Gordon B. Hinckley. The plan for Elders Quorum meeting that day was to discuss memories of the prophet, and reflect on lessons he taught us.

However, a blizzard blasted Cedar Hills during Sacrament Meeting and Sunday School, blanketing the parking lot with about a foot of heavy, wet snow. Our stake president decided to cancel the rest of the meetings that day so we could make sure everyone returned home safely. As I trudged around our neighborhood that Sunday afternoon, I witnessed dozens of ward members braving the elements in a winter wonderland, shoveling snow from driveways. There was no better way to honor the memory of President Hinckley.

It is through service that we can feel an increased measure of love for those around us. It is one of the best ways to draw close to the Lord, and be like Him.

Photos and videos of the Provo smokestack demolition Next post