Home Life How I Earned the Miss Utah Crown

How I Earned the Miss Utah Crown 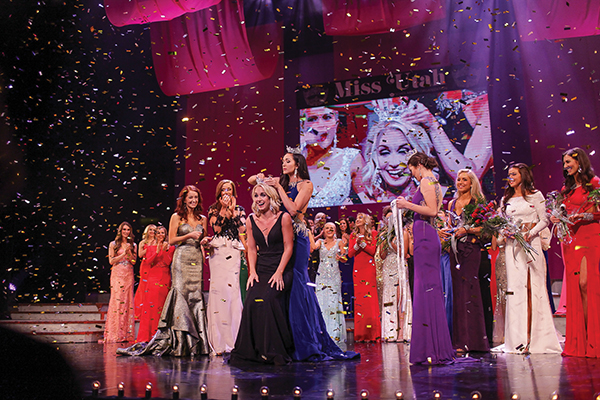 Win, lose, win, lose, win, win. Throw in a strict workout regimen and a haircut, and you’ve got a peek into Lauren Wilson’s jeweled journey to being crowned Miss Utah 2016. She competed for the title three years in a row and finally found her formula for success: confidence, consistency, persistence … and an Oreo shake.

We weren’t a pageant family whatsoever. I was a hiking, camping, football, baseball kind of girl. But my dad knew people on the Miss Pleasant Grove committee who told him I should compete. I realized I didn’t have anything to lose. I turned in my application the night before it was due.

I was surprised and excited when I won Miss Pleasant Grove in 2013, and I knew a lot more work was ahead for me to compete in Miss Utah 2014 — including finalizing my platform. I lost my best friend to suicide, and I knew I should build my platform on suicide awareness and prevention. I worked closely with the Utah Chapter of American Suicide Prevention and Hope For Utah, and I spoke at high school health classes. I felt capable as an influencer on this topic since I had a personal tie to the cause.

I trained hard for my first Miss Utah pageant. I had to prepare for a swimsuit competition, 90-second talent and 10-minute interview with judges. But the hardest part was watching what I eat. I love carbs and sugars but those don’t get you swimsuit-ready. Luckily I was living at home and my mom did the grocery shopping.

At my first state pageant I set a goal of making it to the Top 10. I ended up winning second attendant. I took a break the next day, ate an Oreo shake and pasta salad at the Cheesecake Factory and decided I wanted to compete for Miss Utah the next year. Six weeks later I earned the title of Miss Utah County 2014. 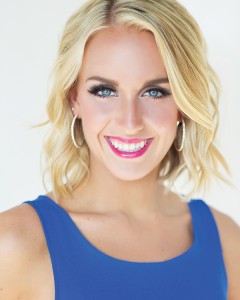 When the Miss Utah pageant came around in 2015 I was more cocky. I felt like I was prepared from the year before and didn’t need to practice walking, posing or interviewing. I was wrong. I didn’t even make the Top 5. I was emotional and upset at myself. I got my Oreo shake and pasta salad again and told myself I was done. But I sat on it for a few days and thought, “Maybe the third time’s a charm.” Three-and-a-half weeks later I competed and won the title of Miss Northern Utah County 2015. I decided to prepare for Miss Utah 2016 like I’d never done it before.

I created 10 pages of talking points about global affairs. I worked out harder, switched up my dance routine, changed my pageant wardrobe and cut my hair. I wanted something new while being true to myself for my final competition. I was more calm than I had been the previous two years.

When finals night came, I was thrilled to be called into the Top 10. I got nervous when they narrowed it down to seven — because I was called last.

Then it was time to name Miss Utah. The emcee called the four attendants, which left three of us standing there, each returning from previous competitions and each with a chance of being crowned Miss Utah. The emcee took his sweet time, but then he said, “Miss Utah 2016 is contestant No. 6!” I dropped to the ground. Winning Miss Utah was surreal. I hugged the girls and then I saw that my two brothers had gotten onto the stage and were waiting in the wings. They ran over and hugged me.

After I had a crown on my head, a sense of responsibility set in. It was the end of a roller coaster for me. Some days I had been at the highest of highs, loving every second of my opportunities as a title holder — but other times I had to get up at 5 a.m. to finish homework because I was attending an event the night before.

Competing gave me confidence to accomplish hard things and be myself. My first two years I went into pageants being the version of myself I thought the audience and judges would like. But my third year I did what I wanted to do, and that confidence showed on stage. I think the judges enjoyed it because they could see that I enjoyed it.

Now I have the Miss America pageant to get ready for. It sounds cliche, but working hard really does pay off. I live by the quote, “Persistence is what gets you there, consistency is what helps you keep it.”