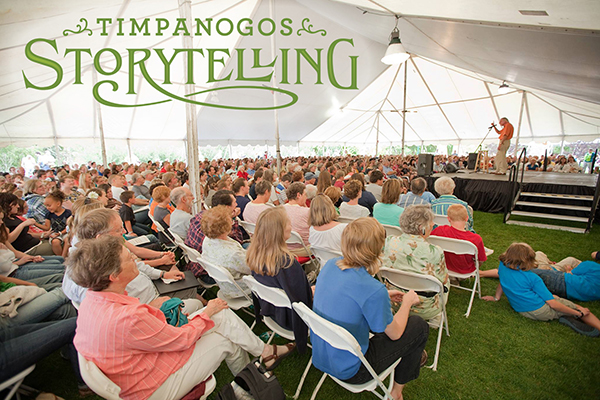 This year’s Timpanogos Storytelling Festival will be the last at Orem’s Mt. Timpanogos Park. After 27 years in the city, organizers announced this week that the festival will move to Thanksgiving Point in Lehi.

The festival, founded by Karen Ashton, started as a fundraiser for a children’s wing at the Orem Library. For years it was held in the backyard of Ashton’s home in Orem, before moving to Rocky Mountain Power’s Olmsted property, then finally the park in Provo Canyon in 2005. Organizers also have held festival events at the SCERA in Orem.

The move, according to a news release, will better accommodate people who come from the northern areas of the state, and provide more amenities and parking. Thanksgiving Point, founded by Ashton and her husband, has food service on site, and is surrounded by restaurants and hotels. It’s also close to Interstate 15.

“The city has been a constant support to the festival,” Ashton said in a news release. “Without the city’s support, it would have been difficult to sustain the kind of growth that we have had over the years. Like a child who is leaving the beloved and cherished home of their childhood, we leave with the sweetest memories and look forward to the ongoing growth of storytelling in a wider community.”

“Like a child who is leaving the beloved and cherished home of their childhood, we leave with the sweetest memories and look forward to the ongoing growth of storytelling in a wider community.” —Karen Ashton, Timpanogos Storytelling Festival co-founder

Orem spokesman Steven Downs said Orem officials didn’t know festival organizers were considering a move, until they announced the move to city leaders. He said they understand the need to be in a more central location, and closer to restaurants and hotels.

“I guess for many reasons it makes sense, but it still hurts,” he said.

Downs said the city hopes the festival event at the SCERA Shell will continue, and storytelling still will be a part of the library entertainment and services.

“Karen Ashton has and continues to be a champion for Orem City, specifically the library,” he added.

The venue isn’t the only change for the festival in 2017. It will be held one week later, instead of Labor Day weekend, to better accommodate schools and teachers, and allow for people who participate in other Labor Day activities to attend.

Orem is still working on building an auditorium next to the library — originally envisioned as part of the Timpanogos Storytelling Institute. Fundraising for that project is underway. It’s also building its first dog park at Mt. Timpanogos Park.