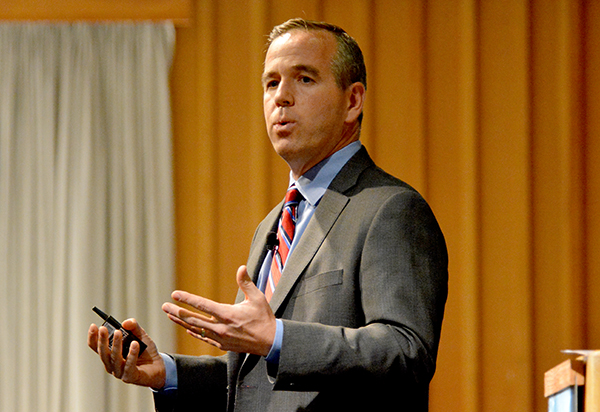 Using the theme, “Rise to the Challenge,” the group shared progress on developments and projects in Utah County. Natalie Gochnour, director of the Kem C. Gardner Policy Institute, pointed out that Utah County’s development has been keeping up with Salt Lake. Since 2010, Lehi City’s commercial building has constructed $336 million worth of buildings while Salt Lake has constructed $395 million worth of buildings during the same time period.

Here are 12 changes coming to Utah Valley as shared at the 2016 Executive Summit:

Something Utah residents may not have noticed is that they are spending less time at red lights, according to Carlos Braceras, executive director of the Utah Department of Transportation. UDOT has been timing and adjusting lights so Utahns only hit a red light about 20 percent of the time.

Braceras also said the  I-15 interchange at Thanksgiving Point is scheduled to be rebuilt starting 2020. It should be finished by 2023.

Spanish Fork’s first hospital will be built by the Wal-Mart located at Canyon Creek Pkwy, according to Steve Smoot, vice president of Intermountain Healthcare’s South Region. The 173,00- square-foot hospital will have 30 beds (16 medical/surgery and 12 labor and delivery), four ORs, 10 ED bays, two endoscopy suites and space for physical therapy and rehab.  Smoot anticipates the groundbreaking in 2018 with an estimated completion in 2020. 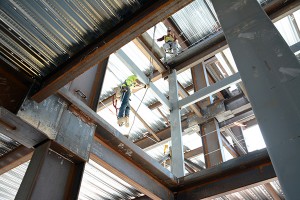 Smoot pointed out that the Utah Valley Regional Medical Center changed its named earlier in 2016 to Utah Valley Hospital. The hospital is continuing with construction including the 12-floor Patient Tower. The hospital will be completed in 2018. UVH is adding a healing pond on its campus.

In April, BYU purchased Provo High School’s property, 25-acres of land for $25 million, but BYU President Kevin Worthen says the school still hasn’t decided what to do with the property. After talking about BYU’s property growth, Worthen expressed how the school desperately needs to renovate the Harris Fine Arts Center, home to the theater and music students.

He decidedly said he would not comment on the Big 12 expansion.

Over the past year, UVU has broken ground on multiple buildings including the Center for Autism and basketball practice facility. UVU President Matt Holland announced the school would break ground on the performing arts building at the beginning of November or December.

Outside of growth and groundbreakings, Holland said the Roots of Knowledge — a glass art piece that will displayed in UVU’s library — will be unveiled on Nov. 18. The 80-panel display shares the history of knowledge in the world. Highland’s Tom Holdman conceived the idea for Roots of Knowledge 12 years ago. 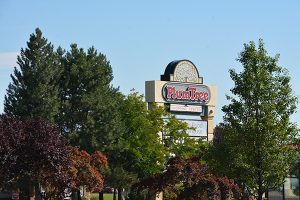 Plumtree Plaza will be demolished and reconstructed in 2017. (Photo by Rebecca Lane/UV360)

In May, Provo city announced that Plumtree Plaza would be reconstructed. The new development now has a name — The Mix at Rivers Edge. Brandon Fugal, co-founder of CBC Advisors, said the redevelopment of Plumtree Plaza has been a long time coming.

Since University Place broke ground in February 2015, it has added multiple restaurants and opened a new office building. Fugal said they soon will begin construction on another 9-story building similar to the one at State and University Parkway. University Place is opening The Orchard, a new park, on Oct. 3; it is holding multiple free events to celebrate the opening throughout the week.

Quiz: How well do you remember the talks from April 2016 general conference? Previous post