Home Life How I sparked the ‘Disney Princess Culture’ conversation

How I sparked the ‘Disney Princess Culture’ conversation 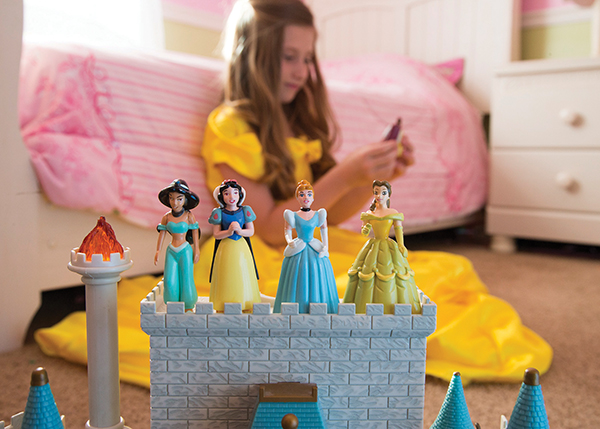 When Dr. Sarah Coyne first started her research, her only daughter, Hannah, was fully immersed in the Disney princess culture. (Photo by Mark Philbrick/BYU Photo)

Princesses always fascinated Dr. Sarah Coyne. After all, Sarah means “princess” in Hebrew. When a speaker suggested the messages conveyed by Disney princess culture could be damaging, this BYU professor employed her academic expertise to investigate. The results caught the attention of the nation.

I was at gender development conference and the keynote speaker was author Peggy Orenstein. She wrote a book called “Cinderella Ate My Daughter.” The premise is that Disney princesses are a girl’s first introduction to the way we sexualize women. She suggested the messages could be damaging over the course of a lifetime. 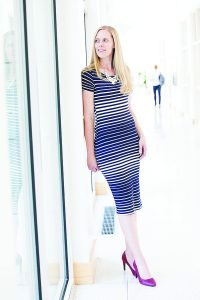 The research on Disney princess culture done by Dr. Sarah Coyne, an associate professor at Brigham Young University, made national headlines for making the connection between young girls who are immersed in princess culture and the development of traditional girly-girl traits. (Photo by Maggie Miller/BYUPhoto)

My only daughter, Hannah, was 3 at the time and full on into princess culture and I never even thought the Disney princess culture could be having any sort of effect except for teaching her to believe in magic.

So I thought, “As a professor, I research how media influences children — I could definitely do a study on how princess culture affects young girls’ beliefs about themselves.”

The major results of my study are girls who highly engage with Disney princess culture around age 4 tend to be more gender-stereotyped at age 5. Princess culture contributes to a traditional “girly-girl culture,” with its traditional gender beliefs.

Is the girly-girl culture bad? There are a lot of positive female gender stereotypes — nurturing, loving, kind, caring.

But we also know from other research that girls who adhere strongly to female gender stereotypes limit themselves in significant ways. For example, they tend to feel like they don’t do well in math or science. They’re less likely to want to go to college and less likely to want a career.

The story about my research first broke on the BYU Facebook page. Some people loved it and were fully on-board, and some people felt threatened and dismissed the study without reading it and got very upset. People sent me hate mail.

I’ve been told if you get that kind of reaction from people you know you’re on the right track.

I knew it would be bigger than some of my other research because of how big Disney princess culture is, but it was more far-reaching than I expected. It was trending on Facebook as the No. 1 story. When my research is trending over Donald Trump, I know I’ve had a good day.

I don’t feel we should ban princesses. I’m hoping my research will help parents have a more balanced view of the princess culture and have more conversations about gender stereotypes.