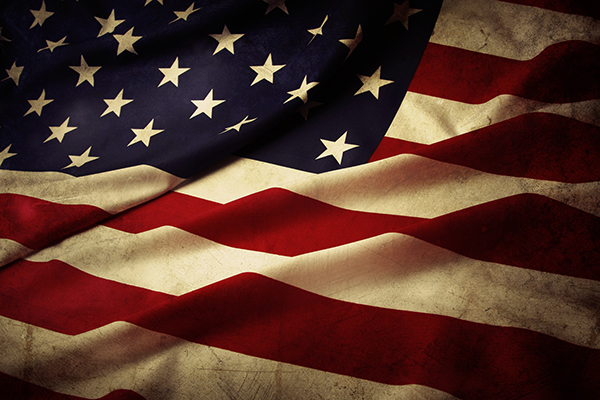 Several years ago, Colin Kaepernick came to Provo as the starting quarterback for the University of Nevada. He helped beat BYU, 27–13, at LaVell Edwards Stadium that day. I was impressed with Kaepernick’s performance, as he completed 16 of 25 passes for 196 yards with one touchdown and one interception and he rushed 17 times for 82 yards and a touchdown.

As good as he was, I never expected to see him on the cover of Sports Illustrated at some point, let alone Time magazine.

But on the Oct. 3, 2016 issue of Time, Kaepernick, clad in his San Francisco 49ers uniform, graces the cover. He wasn’t galloping down the field or throwing a pass.

Kaepernick has become one of the most polarizing sports figures in the country as he has refused to stand for the national anthem before games — kneeling instead — in protest, explaining that he can’t “show pride in a flag for a country that oppresses black people and people of color.”

This protest has spread as other African-American athletes, from high school to the NFL, have taken a similar stand — by kneeling — during the national anthem.

Many have criticized Kaepernick for his actions and he says he has been on the receiving end of death threats for his views.

This issue was weighing on my mind recently when I visited Washington, D.C. for a work-related visit to our nation’s capital.

For the fourth time in my life, I toured the National Mall and National Monuments. While the monuments stay the same, each visit is a different experience. I enjoy watching the artistic and engineering feats that are the Lincoln Memorial, the Lincoln Memorial Reflecting Pool, Washington Monument and the Thomas Jefferson Memorial. Those are each iconic tributes to former presidents who played monumental roles in our nation’s founding and its preservation.

One of the things I love about our country and the Constitution is the fact that we have freedom of speech. I may not agree with others’ beliefs, like Kaepernick, but I fully support his right to express his opinions. No doubt many people have been oppressed in our country, which is tragic. That fact reminds us that the United States is far from perfect and it’s part of our history. Unfortunately, race-related violence and oppression still occurs. On the other hand, Americans have made a lot of progress over the centuries — recalling that when I was a kid I never thought a black man could become President of the United States. Not because a black man couldn’t be qualified, but I doubted that it would happen, based on our history.

Not far from 1600 Pennsylvania Avenue and The White House, I was thinking about Kaepernick on that sunny and humid morning in Washington, D.C., while I walked into the World War II Memorial with its many symmetrical fountains. The United States didn’t get involved in the war until a surprise attack by the Empire of Japan on Dec. 7, 1941, “a date which will live in infamy,” as President Franklin D. Roosevelt said. “No matter how long it may take us to overcome this premeditated invasion, the American people, in their righteous might, will win through to absolute victory.”

Americans of all races and creeds came together to assist this nation against its enemies abroad from 1941–45. How different our country, and our world, would have been had we not emerged victorious in that conflict.

Mostly, though, images of Americans who have sacrificed their lives flash through my mind. Because of their selfless service, we can all enjoy relatively insignificant events like games.

That’s something I think about when the national anthem plays before sporting events. Like the vast majority of Americans, I stand, place my hand on my heart and, sometimes, sing along, though I can’t carry a tune in a wheelbarrow. Mostly, though, images of Americans who have sacrificed their lives flash through my mind. Because of their selfless service, we can all enjoy relatively insignificant events like games.

Then when I strolled through the Vietnam Veterans Memorial, the solemnity of the place touched me once again. As I looked at the Vietnam Veterans Memorial Wall, which consists of two 246-foot long gabbro walls, etched with the names of servicemen who served, and lost their lives or who are still missing, in Vietnam. There are 58,307 names on that wall. And when you think that each name belongs to a family, it’s somber and sobering.

While I’m too young to remember the Vietnam War, it did take place during my lifetime and I’ve known those who served there, so I feel a connection to it. It seems very real to me.

At various places at the foot of The Wall that day, I saw handwritten notes from young children, decorated and written in crayon. One said, “Thank you for your service. Rest in peace solder (sic). You were brave.”

Those cards were inspiring and gave me hope in the rising generation.

A couple of days later, I visited Arlington National Cemetery, the final resting spot for more than 400,000 active duty service members, veterans and their families. Rows of white markers line the lawn at Arlington, each one, again, represent a buried soldier. And when you hear the 24 notes of Taps played and watch the changing of the guard at the Tomb of the Unknown Soldier, it’s difficult to keep from your eyes filling with tears when you think of the ultimate sacrifice given by so many.

We must never forget those who have given all fighting for our liberty. So many have lost their lives, all over the world, for their country. Taking time for the national anthem before sporting events is a great opportunity to remember them.

Certainly, I respect Colin Kaepernick’s right to protest. But when the nation anthem plays, one of the reasons why I stand is for those servicemen. I stand for those who have shed blood and lost limbs and didn’t come home from war and saw their hopes and dreams in life snuffed out prematurely. When I stand up and place my hand over my heart, I do that simple act, in part, to honor them.

10 things we've learned in 10 years of marriage Next post