8 LDS Church leaders who served in the armed forces 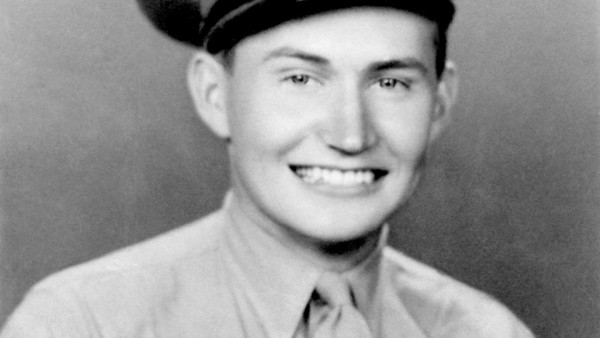 Many members of The Church of Jesus Christ of Latter-day Saints have served in the military as well as Church leaders. Here are eight recent general authorities — some living, some recently deceased — who served in the armed forces.

President Thomas S. Monson said in a 2007 address, “During the final phases of World War II, I turned 18 and was ordained an elder — one week before I departed for active duty with the navy. A member of my ward bishopric was at the train station to bid me farewell. Just before train time, he placed in my hand a book which I hold before you tonight. Its title: ‘The Missionary’s Hand Book.’ I laughed and commented, ‘I’ll be in the navy — not on a mission.’ He answered, ‘Take it anyway. It may come in handy.'”

It did come in handy. President Monson used the handbook as both a hard object to keep his clothes firm in his bag and as an instruction manual to learn how to give a priesthood blessing when one of his shipmates was ill.

President Uchtdorf related the following story about his air force training: “Many years ago I attended pilot training in the United States Air Force. I was far away from my home, a young West German soldier, born in Czechoslovakia, who had grown up in East Germany and spoke English only with great difficulty. I clearly remember my journey to our training base in Texas. I was on a plane, sitting next to a passenger who spoke with a heavy Southern accent. I could scarcely understand a word he said. I actually wondered if I had been taught the wrong language all along. I was terrified by the thought that I had to compete for the coveted top spots in pilot training against students who were native English speakers.”

A local LDS branch was in the process of building a new meetinghouse. President Uchtdorf spent his spare time helping build it, even though some of his instructors thought his time would be better spent studying. In the end, he finished first in his class.

In this video, President Packer remembers when he joined the Air Force and tells of the comfort that came to him through priesthood blessings.

Elder Oaks learned the importance of using specific language during his time in the national guard. He said in a 1993 address, “When I was seventeen, I joined the Utah National Guard. There I learned that a soldier must use certain words in speaking to an officer. I saw this as another mark of respect for authority. I also observed that this special language served as a way of reminding both the soldier and the officer of the responsibilities of their positions. I later understood that same reasoning as explaining why full-time missionaries should always be called by the dignified titles of elder or sister, or the equivalent in other languages.” He used this idea to teach the importance of using respectful language in prayer.

When Elder Richard G. Scott was called to serve as a mission president, his commanding officer was angry. He refused to even speak to Elder Scott after he told him. Elder Scott related the story this way: “It wasn’t going to be hard for me to leave; I knew I had been called as a mission president by the Lord. … My last day in the office I asked for an appointment with the admiral. His secretary gasped. I went with a copy of the Book of Mormon in my hand. He looked at me and said, ‘Sit down, Scott, what do you have? I have tried every way I can to force you to change. What is it you have?’ There followed a very interesting, quiet conversation. There was more listening this time. He said he would read the Book of Mormon. Then something happened I never thought would occur. He added, ‘When you come back from the mission, I want you to call me. There will be a job for you.'”

Elder Robert D. Hales told the story of an important spiritual lesson he learned while serving in the Air Force. “Each unit in the 31st Fighter Bomber Squadron had a motto to inspire their efforts. Our motto, ‘Return with Honor,’ graced the side of our fighter aircraft. ‘Return with Honor’ was a constant reminder to us of our determination to return to our home base with honor only after having expended all of our efforts to successfully complete every aspect of our mission.”