Home Things To Do Art First look: 5 mind-boggling historical details from the Roots of Knowledge

First look: 5 mind-boggling historical details from the Roots of Knowledge 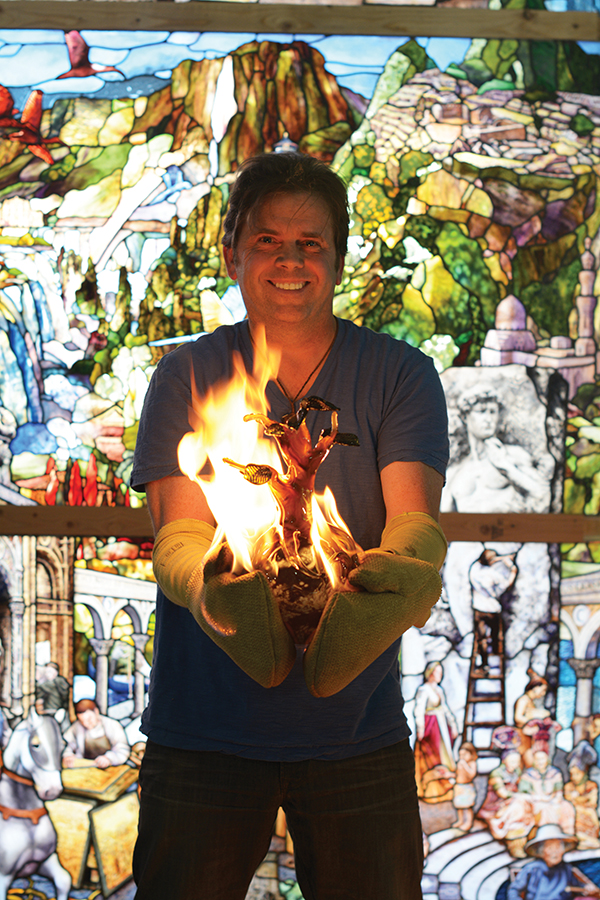 Roots of Knowledge will claim its home at Utah Valley University’s library on Friday, Nov. 18, but the seed for this 80-panel, 60,000-piece glass installation was planted more than 12 years ago as artist Tom Holdman began growing an idea that he could capture the history of knowledge with an ancient art form.

The impressive display has its roots in the Tree of Life, which Tom Holdman has researched heavily as it is used in more than 50 cultures.

“It’s an iconic image of unity and strength, with its ability to grow and blossom,” Tom says.

Included in the 80 panels of stained glass are pieces of petrified wood, a nugget of meteor believed to have knocked out the dinosaurs, confederate money, and — if Tom has his way — a piece of the moon just before the final panel is finished.

“As long as I have air to breathe, I will have ideas,” Tom says.

Some of his fiery brainstorms include incorporating a memory chip in the glass that contains the history of UVU along with the digital files of Roots of Knowledge. Tom’s sense of humor and signature laugh are also incorporated with dozens of “easter eggs” hidden in the art.

Preview a few of these nuggets with a first look at five panels from the Roots of Knowledge.

Rooted in the family 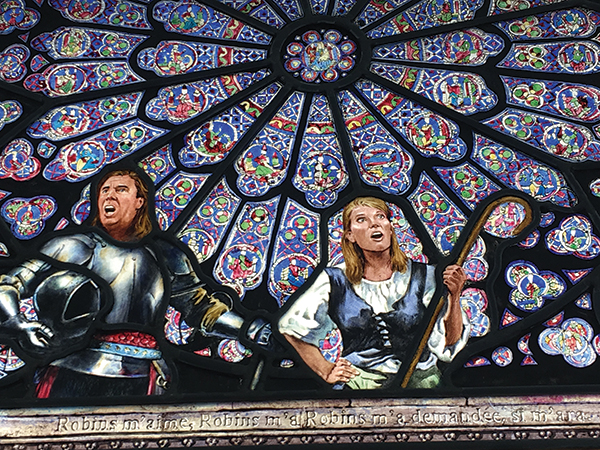 The entire Holdman family is depicted in Roots of Knowledge, including their dog. One of Gayle’s two appearances is as an opera singer, alongside filmmaker Rick McFarland, who was her singing partner at Orem High. Tom plays the role of King John, a subtle callout to the complicated struggles he faced during completion of RoK. 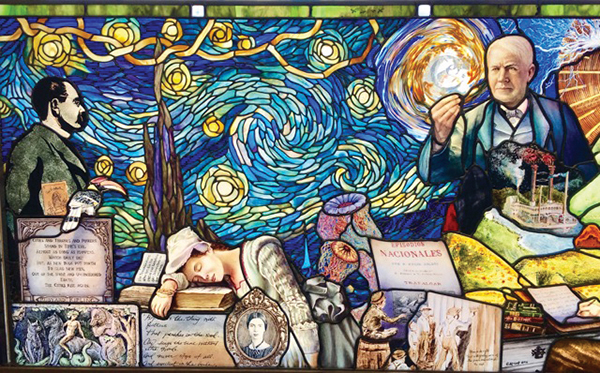 This Roots of Knowledge panel shows two geniuses colliding. Van Gogh’s “Starry Night” meets Thomas Edison, who plucks one of the stars from the heavens to invent the light bulb.

Jim Loveland, CEO of Xactware in Lehi, modeled as Gutenberg. Fittingly, Provo is home to one of the two Gutenberg printing presses in existence that still work. Other local faces in full glassy color include entrepreneur James Clarke, who plays Clark (of Lewis and Clark). James was instrumental in opening the door for the windows to be exhibited in Oxford before the UVU installation. 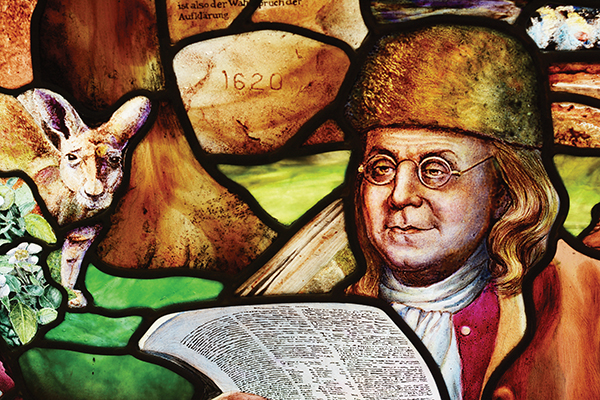 UVUPresident Matt Holland, a scholar of American political thought and philosophy, enjoyed participating in the collaborative process with professors, students and the Holdman Studios team of artists. One of his favorite scenes depicted in Roots of Knowledge is the signing of the Declaration of Independence. Benjamin Franklin is symbolically depicted in the chair at the Constitutional Convention, with the famous symbol of a rising sun. 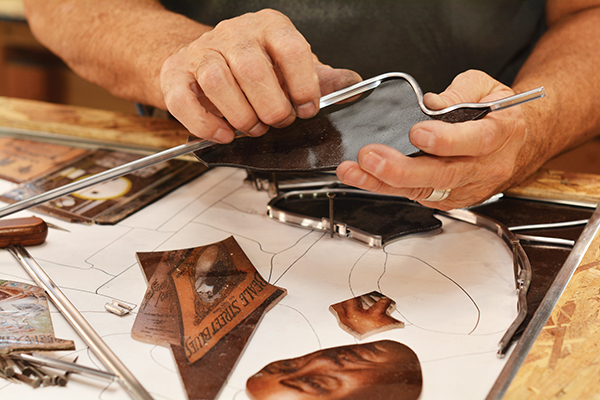 Tom, who has an exhaustive grasp on the world’s history, could still not complete the world’s largest stained glass project alone. Just as Michaelangelo inspired other talented artists to catch his vision for the Sistine Chapel, Tom and Cameron Oscarson have led teams in Utah and Mexico to tell the history of knowledge in 60,000 individual pieces of glass, including the Plymouth Rock.