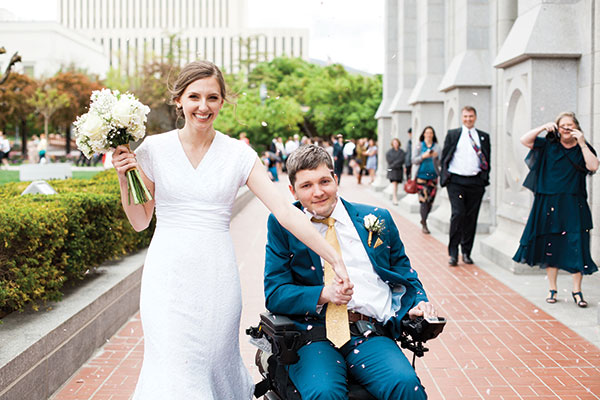 After being bucked off a horse a week before his wedding, Jared Workman spent two months in a coma while his fiancée clung to hope and faith. A year later, the two wed. (Photo by Jocelyn Horne Photography)

Audrey Buckley (now Workman) planned for April 25, 2015, to be the day she would meet her future in-laws for the first time, attend her bridal shower and dream of her wedding in one week.

Instead, Audrey spent the day getting to know her future in-laws in a hospital room while her fiancé laid in a coma, something that became the norm for the next 2 ½ months.

Want To Go Out?

Audrey first met Jared Workman in 2010 at BYU while playing night games. Over the next few years the couple dated on and off until Audrey decided to serve an LDS mission. Before she put on her missionary tag, Jared proposed.

“I told him yes because I had been waiting three years before that to marry him,” Audrey says. “But I said, ‘I’m still going on a mission.’”

Audrey spent the next 18 months in the Philippines. Jared spent the next 18 months faithfully writing Audrey every week and counting down the days until her return with a paper chain in his office. When the paper rings ran out, Jared and Audrey replaced them with a real ring and an official engagement the weekend she returned home from her mission. 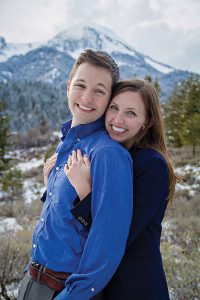 The days ticked down while they took care of the to-do’s before the I-do’s. Then six days before the wedding, Jared was bucked off a horse and kicked in the head, which left him in a coma with a fractured skull.

At first Audrey hoped and prayed Jared would wake up and that the wedding would move forward as planned. Three days before the big day, Audrey came face-to-face with the reality that the wedding wasn’t going to happen — at least not then.

During the weeks of Jared’s unconsciousness, Audrey clung to her faith and lived on hope.

Then, one day, Jared woke up.

Jared suffered from the effects of a traumatic brain injury. At first he answered questions by blinking once for yes, twice for no. But with determination and drive, Jared kept moving forward and progressing — even showing off at times.

One day during therapy Jared listed a word for each letter of the alphabet using the overarching category of things to bring on a picnic. For the letter “r,” he named the flower rhododendron.

“The smallest things became such a big deal,” Audrey says. “We celebrated him being able to open his hand, to chew without choking or to say a new word.” 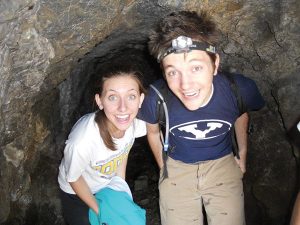 Jared and Audrey Workman first met in 2010 while attending BYU Jared waited for Audrey while she served an LDS mission. (Photo courtesy Workmans)

To Wed or Not to Wed

“I had decided when he was in a coma that if he woke up and remembered me, I was going to marry him and be with him through everything,” Audrey says.

The two decided to re-plan their wedding.

“I was amazed that she still wanted to be my wife,” Jared says.

“He told me a couple times I could still get out of it,” Audrey says.

“I’m stuck,” Audrey says with a smile. She has known from their first meeting that Jared was the type of man she wanted to be with.

“I knew he was a good man,” she says. “He made me so happy and still does. I had a vision of our life together that has never gone away, even with his accident. To this day I still know how much we can do together. He’s what I want. I love him a lot.”

“I love you, too, Audrey,” Jared replies.

When they entered the Salt Lake Temple on April 23, 2016, nearly a full year after their original wedding date, the feelings of peace and pure happiness dismissed fears or doubts concerning their atypical future.

Life with Jared and Audrey is different than they originally imagined. Jared goes to therapy daily and Audrey’s full-time job with BYU allows her to work from home.

A key to their happiness is service. Audrey tries to be available when Jared needs help. Jared finds ways to return the favor by giving Audrey massages, retrieving objects she needs and offering advice.

The two have goals to earn graduate degrees and start a family.

When Jared was asked if everything was worth it, his response was a powerful and beautiful four words: “Yes, because of Audrey.”

Audrey says the same thing about him.

Neither would change their path because through their trials their love has grown deeper.