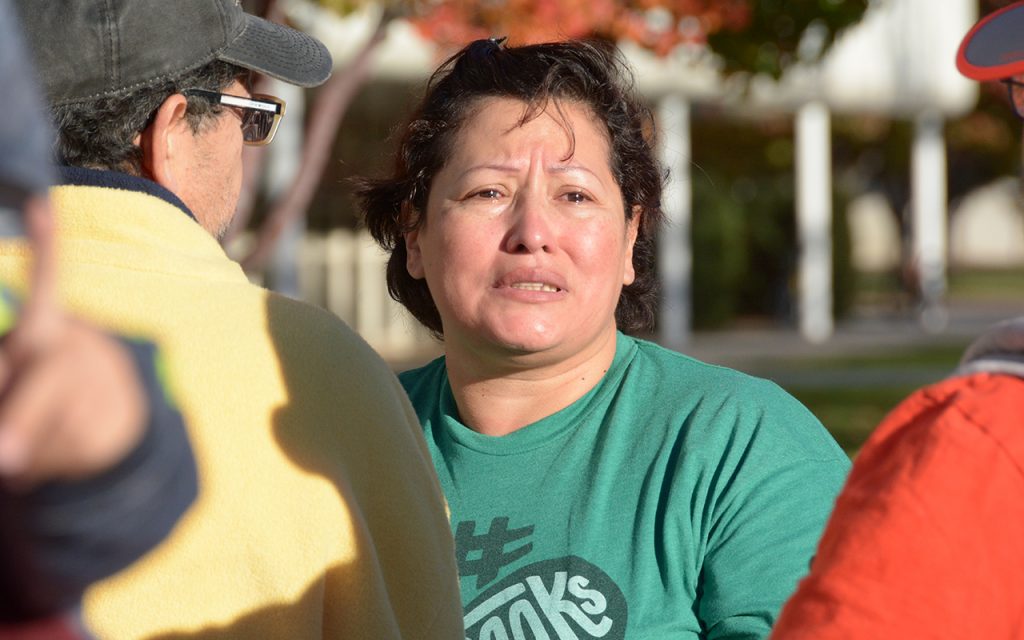 Parents of Mountain View High School students gathered outside the school waiting for information about their students. (Photo by Rebecca Lane)

Roughly before 8 a.m. Tuesday morning, the a 16-year-old male stabbed five victims, all male, in the gym area at MVHS, according to Lt. Craig Martinez of the Orem Police Department. The suspect was taken into custody.

“He was taken into custody by our school resource officer and we five student victims, all male, have been transported to various local hospitals with between critical and fair injuries,” Martinez said. “All of them received at least one stab wound.” 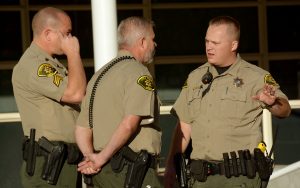 Officers from the Utah County Sheriff’s Department were some of the officers who responded on the seen of the Mountain View High School stabbing. (Photo by Rebecca Lane/UV360)

Martinez said he does not know if all of the victims will survive.

“The rest of the students are safe,” Martinez assured the media.

The school was on lockdown until about 9:30 a.m. Tuesday morning.

“We will continue school as normal for the remainder of the day and we’ll have counselors on hand to help students who may be feeling anxious as a result of this incident,” the school informed parents and students over the intercom.

While classes continued, students were invited to contact a parent or guardian to check them out of classes for the remainder of the day. A pick-up location for students was set up at the seminary building on the west side of the school on Center Street.

MVHS plans on school resuming per usual on Wednesday.

For updated information on the MVHS stabbing and coverage on the Tuesday morning press conference, click here.