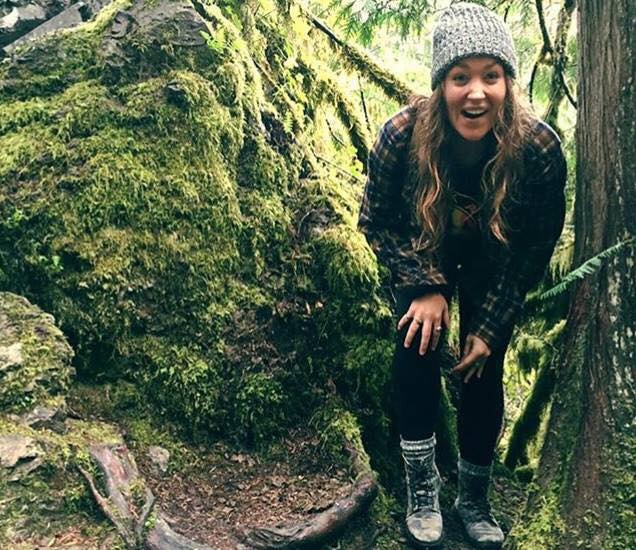 The funeral service for Annie Schmidt will be held on Monday, Nov. 21 in Bountiful. (Photo courtesy Facebook)

These are the first lyrics in “Don’t Worry Darling,” a song co-written by Annie and Spencer Schmidt. Spencer shared the last song he had written with his sister on YouTube just five days after Annie’s body was found at the bottom of a cliff in Oregon.

Annie went missing in mid-October while on a hike in Oregon. Her family asked the community for help after they hadn’t heard from the 21 year old in days. Search parties were organized but were unsuccessful in finding her. On Nov. 11, Annie’s remains were found at the bottom of Munra Point by a dog team.

The song has become a point of comfort for her brother. At one point in the song, Annie sings, “I’m with you.”

Spencer and Annie began writing the song before Annie left on her year and a half mission in Macon, Georgia for The Church of Jesus Christ of Latter-day Saints. The song was about her leaving for that short period of time. When she returned, the brother-sister duo picked up the song and worked on finishing it. Annie recorded the last vocal tracks for the song shortly before she passed.

“Perhaps because the whole experience was so surreal, I never cried during the past two weeks … until I listened to this song,” Spencer wrote on the YouTube video description. “I sat in my basement and just wept, because the words weren’t just sending her off to Georgia for a year and a half but they were now sending her off to the next life. The timing of the song for me was a powerful witness to me that God lives and that he wanted to give my family and I a gift that we could cherish for the rest of our mortal lives. I want to share it, hoping that anyone (especially those who have lost a loved one) can draw strength from its message.”

The slideshow music video features pictures of Annie. Jon Schmidt, Annie’s father and pianist for The Piano Guys, wrote on Facebook that Annie looked forward to the day she could share her music with everyone. He said she was “100 percent authentic and real” and had a passion for people.

“Annie truly desired to come closer to God. She also hoped to lose herself in loving others,” Jon posted on Facebook. “She had a wonderful gift and ability to reach out to people … to make them realize their value.”

Watch the music video below.

One MVHS victim helped save his fellow students Next post