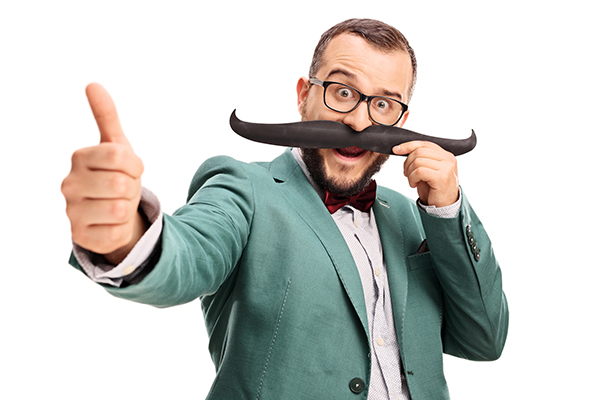 Orem is holding a Movember mustache contest. Entries are due Nov. 27. (Stock Photo)

You might have noticed some men growing out their facial hair this month. But it’s not because they’re lazy or want to keep their faces warm — they’re trying to raise awareness of men’s physical and mental health issues. Orem has jumped on the cause, too, and is having a contest for the best mustache in the city.

“For a while we wanted to do something for Movember,” said Pete Wolfley, an Orem City spokesman. City staffers checked out the official Movember website, and learned about growing mustaches to increase awareness for the month. “We took it a step farther, to honor someone with the award for the greatest mustache in Orem.”

If you have a mustache to enter in Orem’s contest, you can submit a photo through the city’s Movember site, orem.org/movember. It’s taking entries through Nov. 27. Orem residents will then have a chance to vote on the best ‘stache Nov. 28–30. The contest’s sponsor, Mini Moustachery at University Place, will award four prizes: first place, $50 gift card; second place, $30 gift card; third place, $20 gift card; and the most uncomfortable mustache, $30 gift card. All participants will get a coupon for the Mini Moustachery.

Even though the contest is lighthearted, the issue behind it is serious. The city’s other partner in the contest is Timpanogos Regional Medical Center, which is helping spread the word about the seriousness of men’s health problems.

“They’re helping us get the word out on men’s health issues that don’t get as much attention as they should. Men are dying way too early.” —Pete Wolfley, Orem spokesman

“They’re helping us get the word out on men’s health issues that don’t get as much attention as they should,” Wolfley said. “Men are dying way too early.”

Male-specific diseases like testicular and prostate cancer are treatable if discovered early, he said. And then there are mental health issues, which most men don’t want to talk about.

On average, men die six years earlier than women, and it’s not getting any better, according to the city’s Movember website. Prostate cancer rates will double in the next 15 years. Testicular cancer rates have doubled in the past 50 years. And three-quarters of all suicides are men — that’s about 500,000 men who commit suicide every year, or one per minute.

The website also features questions and answers about men’s health, put together by a doctor at Timpanogos Regional Medical Center.

So far, the city has received five or six mustache entries, and others are waiting for  more mustache growth before entering, Wolfley said. They’re hoping for 10 to 12 contestants by the deadline.

For more information about the contest or men’s health, go to orem.org/movember, or the official U.S. Movember site.