Home Things To Do Stage 25 years of unforgettable carols 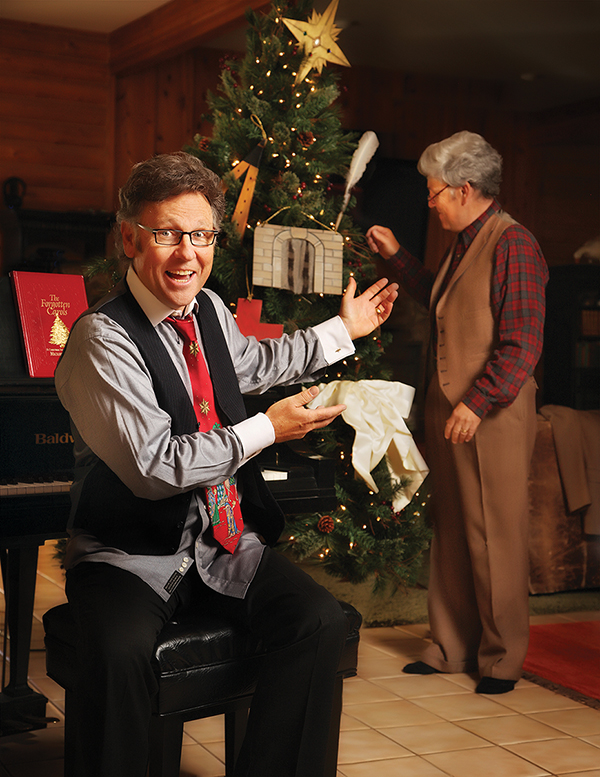 When Deseret Book asked Michael McLean to write new Christmas songs more than a quarter century ago, he was hesitant.

“You can’t top ‘Chestnuts Roasting On An Open Fire’ or Handel’s Messiah,” Michael told the company. “Besides, part of Christmas is its familiarity and tradition.”

But the request hummed in his head. As he sat at his piano in December 1990, inspiration hit with the words, “I am a man forgotten. No one recalls my name.” It was the beginning of what would become the innkeeper’s song in “The Forgotten Carols.”

Now 25 years later, Utah Valley fans and Christmas lovers throughout the West have “let (it) into” their homes, onto their local stages and into their hearts with an annual encore of “The Forgotten Carols.”

To think that this Utah Valley tradition could have once been “homeless” is unfathomable — but the show had humble beginnings.

“It’s great that I wrote about a guy that thinks he is 2,000 years old because I will never be too old to play him. I’ll never have to get botox. I can get as old as my body wants.” —Michael McLean, creator of “Forgotten Carols”

Once the music was written, Michael had the idea to write a second verse — in the form of a book — to connect the songs. Then he wondered how people would know how the book and show connected. The solution came with a one-man performance of “The Forgotten Carols.”

“I can’t act, I can’t sing, but it was like an author’s reading and I thought this would give people an idea of how to do that themselves,” he says.

Michael was surprised when he received requests the following year for the show to continue. In 2006, his son Scott helped him rewrite the show for a cast of five, and that year “The Forgotten Carols” was presented as a full musical.

Now 25 years later, this composer of “Together Forever” is commemorating his awe and appreciation for the success of the musical with a new song that he will play at the end of this year’s performances and include on a special anniversary cd.

“It’s going to be very emotional for me to get through it,” Michael says. “These people have become like family to me.”

For its 25th anniversary season, “The Forgotten Carols” has 22 shows from Idaho to Arizona. Michael and his cast perform in Orem at the UCCU Center on Dec. 1. Part of the proceeds of the evening will go toward the Forgotten Carols Scholarship, which helps fund students in the College of Humanities and Social Sciences.

For more information about “The Forgotten Carols,” visit forgottencarols.com.

The blessings of welcoming home a missionary Next post