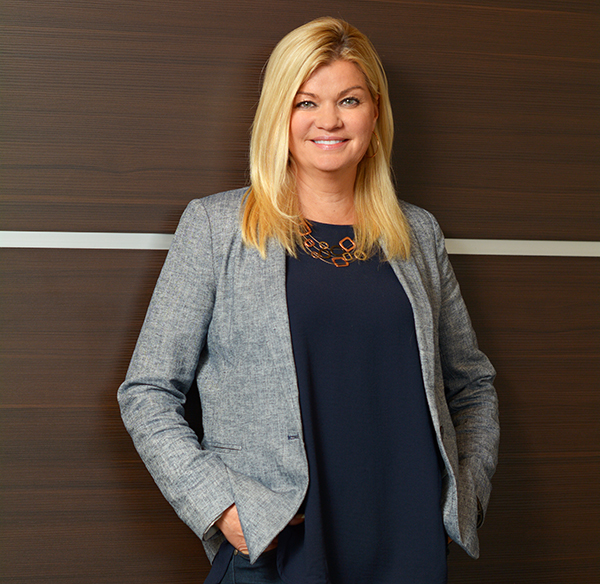 From a 12×12 home office to a 100,000-square-foot Lehi headquarters,
BlenderBottle co-founder Kim Sorensen knows how to mix it up. (Photo by Dave Blackhurst/UVBizQ)

Kim Sorensen is wired for entrepreneurship.

Long before she co-created the wire whisk of a lifetime, she was constantly thinking of business ideas, plans and possibilities.

“I’ve always loved potential,” Sorensen says. “I love the idea that something can come from nothing. I love that the harder you work, the more you can see the reward.”

With BlenderBottle, a patented shaker cup that mixes beverages like protein shakes, the rewards have been healthy. After 16 years of hard work alongside her husband and fellow co-founder, Steve, BlenderBottle is now in 54,000 retail locations across the U.S. and 70 countries worldwide. It has a private label program for corporations and sports teams. And it is the world’s No. 1 bestseller in its category. Basically, what Kleenex is to facial tissue, BlenderBottle is to shaker cups.

The company had infant beginnings — in more ways than one.

“I was pregnant with my sixth child when we started BlenderBottle out of our tiny little home office,” Sorensen says. “And the early years were crazy. We’d have late-night pizza parties with the kids to package things up for HSN. And if the phone rang, everyone knew they had to be quiet. One of my kid’s first words was even ‘business call!’”

Despite the whirlwind, Sorensen has operated with a simple motto: prioritize and delegate.

“Time is a precious commodity. I think daily, sometimes hourly, about where I am spending my time. It’s critical — especially when you run a business — that you have a razor-sharp focus on what really matters.” —Kim Sorensen, BlenderBottle co-founder

“The only way to have it all, is to not try to do it all,” she says. “Time is a very precious commodity. I think daily, sometimes hourly, about where I am spending my time. Even as a young girl, I always had a sense that life is short. It’s critical — especially when you run a business — that you have a razor sharp focus on what really matters in life.”

“My family comes first — no matter what. And when it comes to the company, there is no substitute for hard work,” she says. “But because of those priorities, I’ve had to sacrifice just about all of my ‘free time.’ I don’t have scrapbooks or lunch dates. I’ve given up on trying to learn tennis. But at the end of the day, I’m proud of the decisions I’ve made. And the results show in my family and business.”

“I like being someone who challenges this norm,” she says. “I’m acutely aware not all women in the world have the same opportunities to live in a free country and receive a solid education. I’m passionate about making the most of these opportunities.” 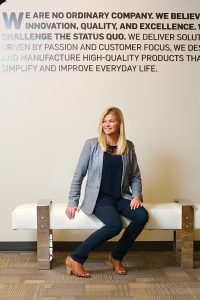 “We’ve always said to our kids that the Sorensen name gets you one thing: your first job here,” Kim Sorensen says. “All of our kids have worked in the warehouse during high school — and then they sink or swim all on their own. It’s been important to Steve and me that they don’t see the success of BlenderBottle as some magical creation. They’ve seen the hard work from the beginning. They know how to work hard. They know the value of education. And they know the importance of thinking big.” (Photo by Dave Blackhurst/UVBizQ)

And while Sorensen’s experiences have been largely positive, she still runs into tiring assumptions.

“As a woman, among some people, it is still harder to be taken seriously,” she says. “People make assumptions. If two men had co-founded a world-wide company as equal partners, the assumptions would be different. But it seems harder for some to understand that my husband and I are 50-50 partners. We’ve been side-by-side the entire time. It’s thankfully more of an exception, but we could all benefit from overcoming our assumptions.”

One of the ways Sorensen wants to do that is by example and encouragement.

“I want young women to think big and make their mark in the world,” she says. “I would like to help broaden the vision women have for themselves and their own potential. The world needs more women in business and in other key leadership roles in society. I am a strong believer that nothing is more important than family. And I have personally experienced the reality that in due seasons, with solid priorities and great people around you, you can excel at both.”

Even with her company’s international acclaim, Sorensen’s pride and joy is her team of 125 employees (and counting).

“Our people and our culture are world class. We are hungry, humble and smart. We are passionate. And we’re a family,” she says. “We’ve gone from our tiny home office to eight small make-shift warehouse units to a 100,000-square-foot headquarters. This April, we’ll expand into a second building for a total of 200,000 square feet. And we’ve purchased land for additional buildings in the near future.

This is one of five stories featured in the “Boss Ladies” section of Utah Valley BusinessQ.