The Mix — formerly Plumtree Shopping Center — moves ahead in Provo 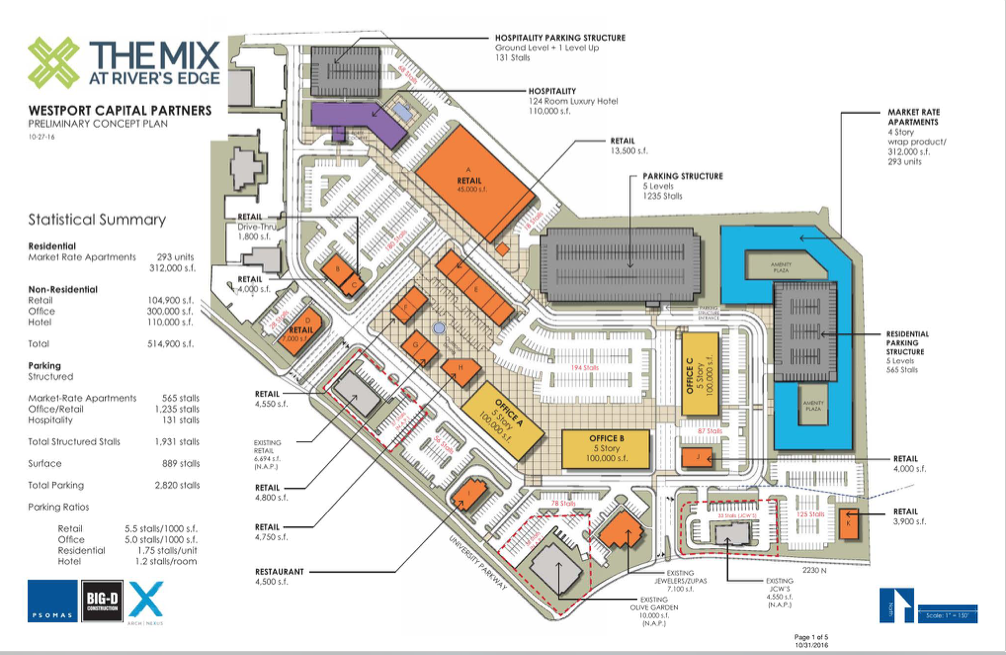 The Mix, the former Plumtree Shopping Center, will be demolish and reconstruct most of the area. Click on the image to see a larger version. (Image courtesy Big D Construction)

In March, the struggling Plumtree Shopping Center got some good news. It had been sold, and it was going to be redeveloped. Since then, the new owners and city have been working behind the scenes to get the project moving — and now it can.

On Tuesday, the Provo Municipal Council added residential to the allowed uses in the regional shopping zone. That’s the zone for the Plumtree Shopping Center, Riverwoods and Provo Towne Centre. Since Provo doesn’t have a specific mixed-use zone, without the change the old shopping center couldn’t mix uses. 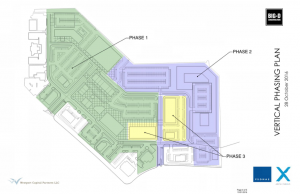 The Mix will be constructed in three phases. Click on the image for a larger version. (Image courtesy Big D Construction)

Plans for Plumtree — now The Mix at River’s Edge — call for retail, restaurants, Class A office space and hotels. The new bus rapid transit line will stop at the shopping center. And developers plan to make better use of the river views and nearby Provo River trail. Also, developers have plans for a flexible space that can be closed down to vehicles for a food truck gathering, farmers market or race finish line, according to a letter to the city. In addition, the development includes a new dedicated street for better traffic flow.

“The Mix will create its own unique identity and will have a range of appeal from high-tech class A office user to the ‘dinner and a movie crowd,” the developers wrote.

The new owners will demolish most of the existing Plumtree buildings for the redevelopment. Olive Garden, JCW’s and Zupa’s buildings are among those that will remain.