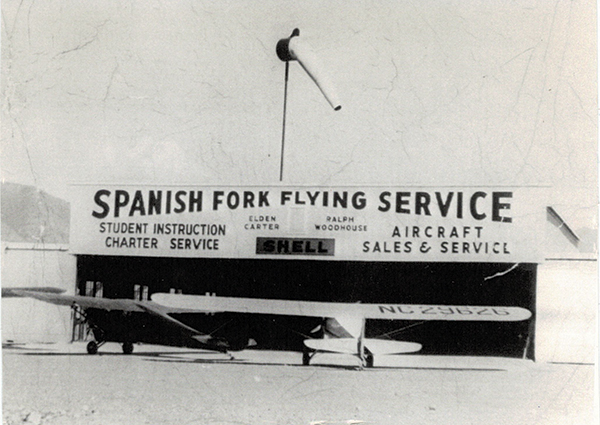 From his pilot’s seat, Tom Woodhouse has had a bird’s eye view of Utah Valley being harvested from farmland to urban center over his 74 years.

“I knew everybody in Spanish Fork when I was growing up,” Tom says. “Everyone knew everybody. We only had one policeman and if someone did something wrong, you knew exactly who it was.”

Tom recalls the days of going to the grocery store and leaving the keys in the car, the kids in the backseat and the windows rolled down without a moment’s hesitation.

Even though those times have changed, his love for Spanish Fork remains the same. The Woodhouse family roots run deep in south Utah County. The Spanish Fork-Springville Airport is called Woodhouse Field after Tom’s father, Ralph Woodhouse. Tom’s love for planes led him to follow in his father’s aviation footsteps.

“I always knew where I wanted to be and what I wanted to do. I followed my dad’s footsteps so I could fly airplanes.” —Tom Woodhouse

“I always knew where I wanted to be and what I wanted to do,” Tom says. “I followed my dad’s footsteps so I could fly airplanes.”

Tom’s father founded the Spanish Fork-Springville Airport in the 1930s (which is still open today) alongside a family business known then as Spanish Fork Flying Service. The company provided flying lessons, repaired planes and crop-dusted fields across the West. On the weekend, the company offered airplane rides.

“Aviation was a new thing and everybody wanted to see it,” Tom says.

Typically, the airport rides involved circling the town and then landing in an old hayfield.

Not only have airports changed since Tom’s day — the Spanish Fork-Springville airport had a grass runway — business practices have also adopted a new flight pattern. In the early days, the company operated on trust. For example, when a farmer requested crop dusting, the farmer would simply phone Spanish Fork Flying Service. The planes would fly out and dust the field and then months later after the harvest, the farmers would pay for the service. No written contracts were necessary. 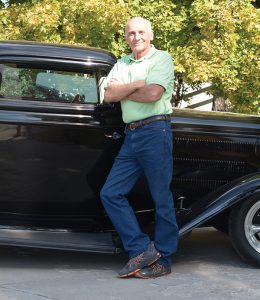 “A handshake was your contract and that was the most important thing to you,” Tom says. “If that trust was ruined, you were ruined.”

The community trusted, encouraged and supported each other. In the 1950s a fire at the airport caused the loss of nine planes and the need for the airport to rebuild, which brought the community together.

“Utah has always been that way,” Tom says. “We know how to help each other and take care of each other.”

As Tom reflects on the growth over the last three-quarters of a century, he thinks about how the airport has grown from three hangers to 100. He glances out his front door and notices many cars passing by, which only used to happen once or twice a day. He describes the farmlands now transformed into commercial buildings and neighborhoods.

But even with all of the change, some of the most important things have stayed the same.

“The morality of the people is still so strong in this area,” Tom says. “We basically still have all of the same things we’ve always had, but it’s more populated. What makes me happy is the people who move in are all good people with good families and good moral character.”