Home News Out with the Malt Shoppe, in with burritos

Out with the Malt Shoppe, in with burritos 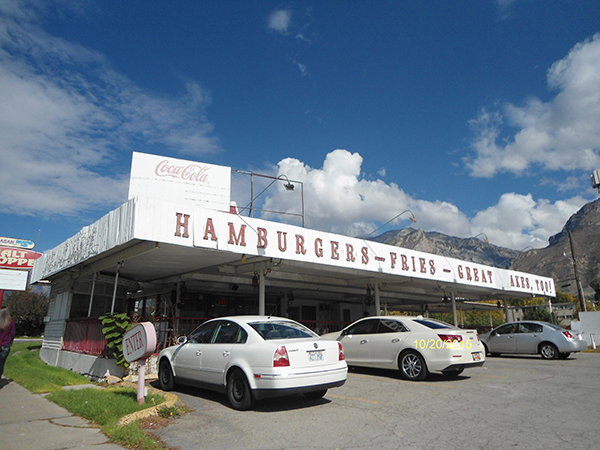 The iconic Malt Shoppe in Provo was torn down about a year ago. Now a new building is being constructed which will house Sweeto Burrito. (Photo courtesy Utah County)

Stan’s east of BYU. Brand X in Springville. Magleby’s at Village Green in Provo. And Malt Shoppe, a fixture of University Avenue for decades. But now they’re all gone.

It’s been more than a year since Provo’s landmark Malt Shoppe closed down, and now the building — 1290 N. University Ave. — is gone. Soon to replace it — Sweeto Burrito.

Stan’s is now a Swig. And Brand X is Sodalicious, said Provo deputy mayor Corey Norman. Magleby’s moved to The Shops at Riverwoods, then to Springville.

The building with the iconic, red cone-shaped roof didn’t always house the Malt Shoppe. But when it was occupied, it was a burger shop, including Stevenette’s and A&W.

“It certainly was a Provo landmark,” said Provo deputy mayor Dixon Holmes, who oversees economic development. While she was in college, Holmes’s wife worked at Stevenette’s. He said she’d finish work at 2 a.m., her arms covered with ice cream after a busy shift of making shakes.

But modern eateries don’t need large parking lots built for carhop service, he said. Or antiquated dining rooms with little seating. So the owners have torn it down to make way for a more modern building. It will house the first Provo location of Sweeto Burrito.

“It’s not insignificant in that they started as a food truck. This is a brick-and-mortar location of a food truck. It’s nice to have that conversion.” —Dixon Holmes, Provo deputy mayor

“It’s not insignificant in that they started as a food truck,” Holmes said. “This is a brick-and-mortar location of a food truck. It’s nice to have that conversion.”

And though a Provo landmark eatery — and odd-shaped building — is gone, plenty of iconic restaurants remain.

There’s Brick Oven, which holds the city record for number of additions. “It was a house at one time,” Holmes said. “They added a little bit here, a basement there. It’s also a local haunt that’s been around for a long time.”

Another Provo favorite is Ripple’s Drive In on Canyon Road. Ripple’s was the scene of a classic LDS film from the 70s called “The Phone Call.” There’s Los Hermanos, though in a new location, The Great Steak on West Center Street and Tommy’s Burger on 100 North.

So if you want to eat at an iconic Provo restaurant, it’s not too late. Unless you wanted to eat a burger and shake in a building with a red cone-shaped roof.