Home Featured The Short List: 6 more people worthy of Person of the Year

The Short List: 6 more people worthy of Person of the Year

As Utah Valley Magazine kicks off 2017, we’re naming John Curtis as our second annual PERSON OF THE YEAR. We also created a “short list” of other contenders on sticky notes, whiteboards and email chains. We narrowed, debated and ultimately decided on six additional faces to watch in 2017. 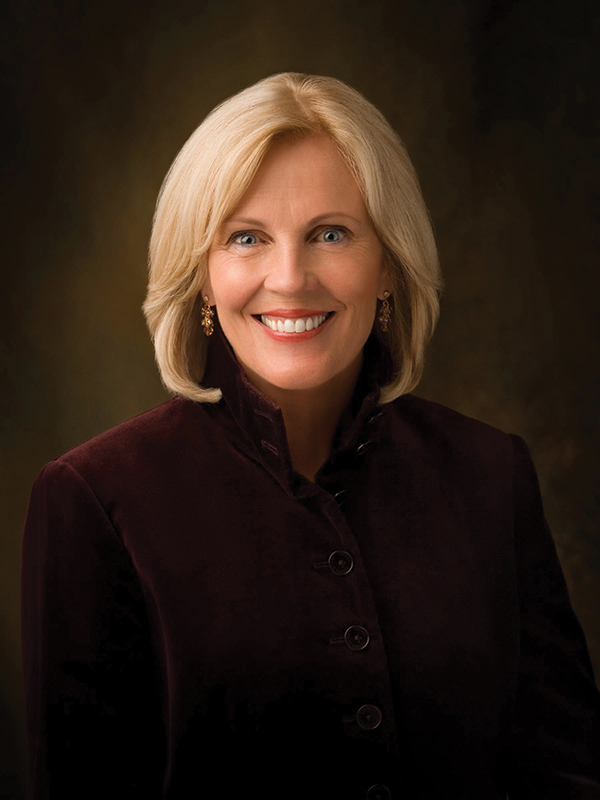 While she is most known for her role as the LDS Church’s Young Women General President from 2008-2013, Elaine Dalton’s current role is laser-focused on Utah Valley — and to be more specific, Utah Valley University.

Elaine is the current chair of UVU’s Board of Trustees, a committee she was appointed to in July 2013.

Prior to “going green,” Elaine served on the Board of Trustees of the LDS Church Education System, which includes BYU, BYU-Idaho, BYU-Hawaii and the LDS Business College.

At the UVU Scholarship Ball in October — which is the premier social event on campus and throughout our community — Elaine co-emceed the event along with local entrepreneur and philanthropist James Clarke.

Elaine has authored several books, run multiple marathons, and is one of the state’s most recognizable and respected women.

She was a member of the Governor’s Commission for the Education of Women in 2012 and speaks at Time Out For Women.

Man With a Mission: Mason Wells 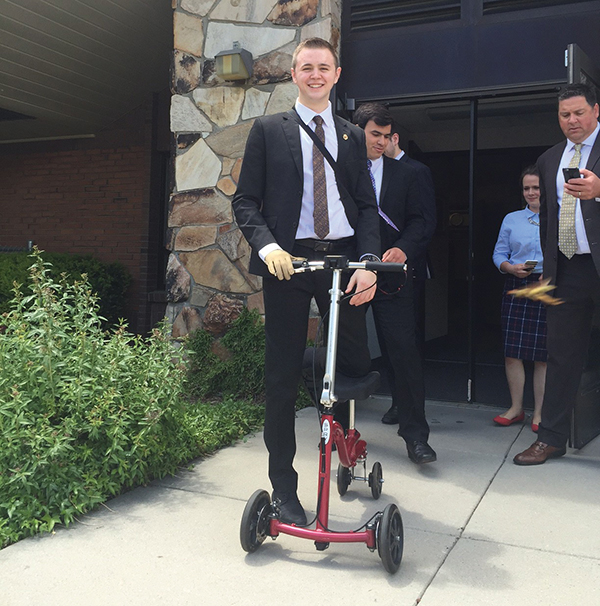 Lone Peak graduate Mason Wells went from an ordinary LDS missionary to international celebrity after surviving the Brussels airport bombing in March 2016. Through his bandaged face and in his hospital bed, Mason shared his faith and his optimism with nearly every news outlet in the world.

After undergoing initial procedures in Europe, Mason flew home in an air ambulance to undergo surgeries and treatments at the University of Utah.

Although he is now attending the University of Utah, his life is not “back to normal.” He continues to get amniotic fluid injections every couple of weeks in his heel area that has not completely closed from the shrapnel injury.

In addition, he wears a “Michael Jackson glove” on his burned hand, which is red and puffy as it heals from third-degree burns.

This semester, Mason begins an internship in the office of Rep. Jason Chaffetz in Washington, D.C. Mason is working on a book about his experiences and continues to work toward his lifelong dream of attending the U.S. Naval Academy. 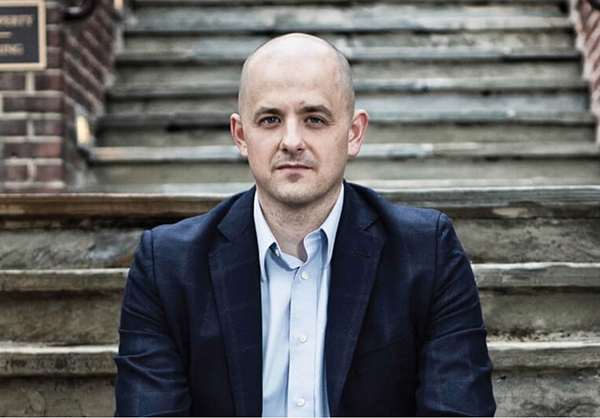 Provo native and political superboy Evan McMullin pulled off the impossible in 2016. After announcing a campaign for U.S. president in August — less than three months before Election Day — Evan went from “who’s that” to “he might win Utah” within a matter of weeks.

Ultimately, Evan garnered 20 percent of the vote in the Beehive State and was somewhat insignificant in the overall national election. However, this 40-year-old BYU grad gave many Utahns what they were seeking: an alternative to Trump and Clinton. Evan’s supporters flooded social media with links and information about their candidate, and events in Utah County and Salt Lake County drew unprecedented crowds.

Had he locked down Utah, it would have been the first time since 1968 that a non-major-party candidate won a state.

Since the election, this former CIA officer has been working on a conservative movement. Although Evan’s run for the highest office in the land didn’t land him electoral votes, his short-but-meteoric rise led  USA Today to name him the top story of 2016 in Utah. 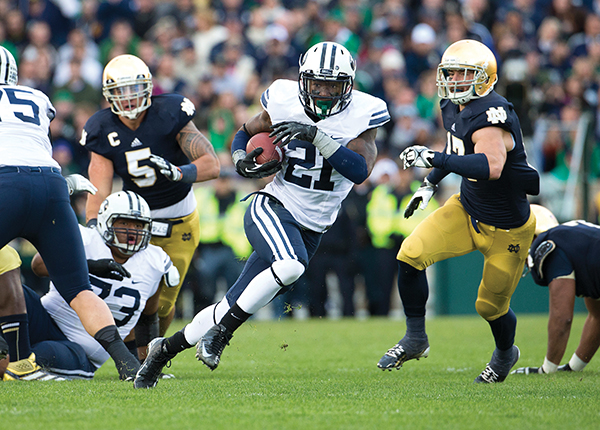 (Photography by Mark A. Philbrick)

The statisticians also love Jamaal. He broke BYU’s all-time rushing record in the game against Mississippi State on Oct. 14 (previous record was held by Harvey Unga).

This 6-foot-2 senior from California also broke a 54-year-old record for rushing yards in one game. His record-breaker was against Toledo on Sept. 30.

His 286 yards broke the old record of 272 (held by Eldon “The Phantom” Fortie) in 1962. Jamaal also finished the game with five touchdowns, which tied a record for rushing touchdowns in a game.

A recent video of Jamaal passing his statistics final and thereby graduating from BYU was viewed on social media by thousands who have cheered him on as a player and all-around-cool human to watch.

Thanks, Jamaal, for entertaining us at LaVell Edwards Stadium and good luck in the NFL. 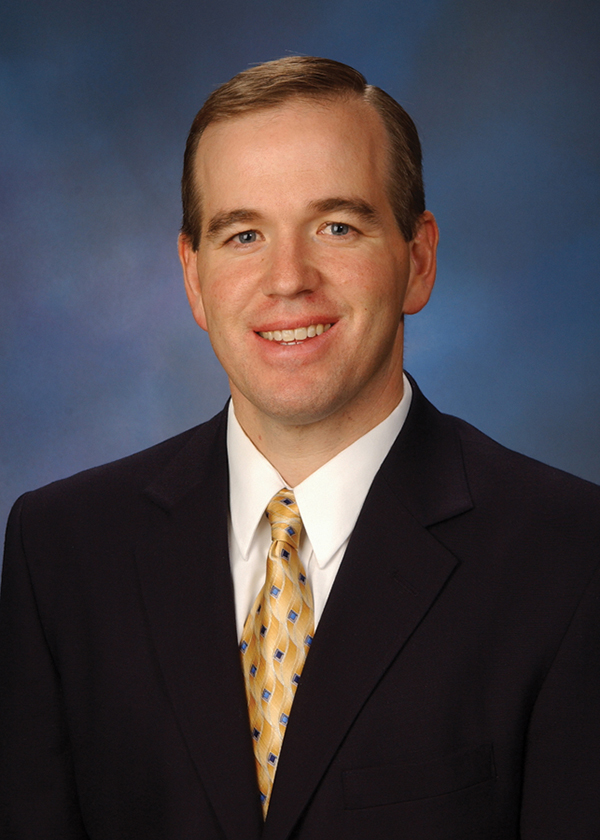 The biggest change to Utah Valley’s skyline is backed by one of the most respected leaders in our community. Steve Smoot, regional vice president and hospital CEO, is overseeing the replacement of more than half of the building space in Utah Valley Hospital.

The largest capital investment ever made to healthcare in Utah Valley — $350 million —will replace the aging facilities on the Provo campus and create a contemporary facility to meet our growing valley’s growing medical needs. The new 600,000-square-foot, 12-story tower will house a number of hospital services. Parts of the project will be completed in 2017, while the ultimate finish line for the hospital is 2019. (Todd Pedersen, founder of Vivint, pledged $10 million to the project — the largest single donation to date.)

And if the skyline-changing construction project isn’t enough to fill his plate, Steve also oversees six other Intermountain hospitals in its South Region. He has served on community boards, including a stint as chair of the Utah Valley Chamber of Commerce. 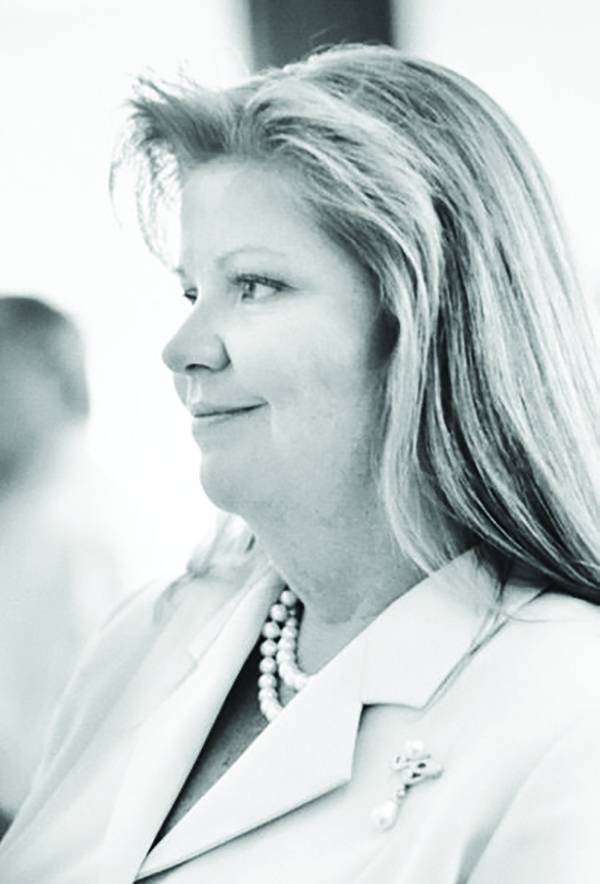 Utah Valley lost one of our most generously quiet philanthropists in August when Melanie Bastian died after a five-month battle with leukemia. Melanie lit up her home and extensive landscape in Orem each Christmas with thousands of bulbs visible from the freeway — and she lit up community causes with anonymous donations.

Some of her favorite causes include those for women and children, music and performing arts, and public education. She chaired the Alpine School District Foundation Board for many years.

Her obituary shared her nickname of “Party Lady” during her years as a BYU student studying fashion merchandising. UVU awarded Melanie an honorary doctorate in humane letters.

Now her legacy lives on in her four sons and 13 grandchildren.

Utah Valley Magazine wanted to feature Melanie multiple times, but she was always reluctant to step into the spotlight. She preferred sharing her talents and means (which originate from WordPerfect) in unsung ways. (We hope she’ll forgive us for heralding her as one of our People of the Year.)

A look at LDS mission presidents: 6 interesting stats Next post