Home Sports BYU If I were in charge of college football: 7 ways to make it even better

If I were in charge of college football: 7 ways to make it even better 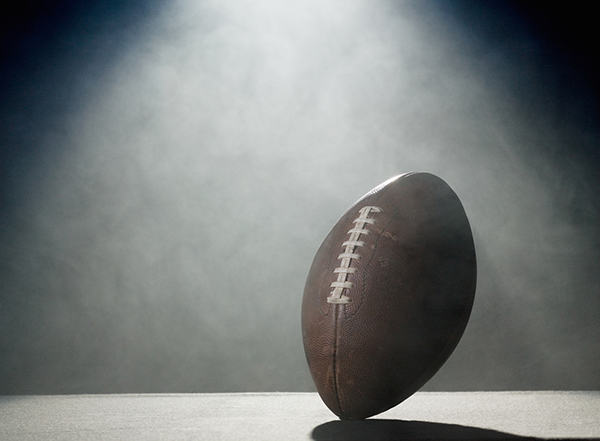 If I could pick only one sport to watch for the rest of my life, it would be college football.

I love the pageantry, tradition and history of the sport. It’s amazing to watch the thousands of passionate fans that paint their faces, create signs and scream for three hours. And that’s just those that show up for ESPN’s College Gameday on Saturday mornings.

I lament what’s happened to college football, especially in recent years. There are problems that need to be addressed and fixed. As great as college football is, it can be even better.

Creating a playoff a few years ago was certainly a step in the right direction, but it wasn’t enough. Shouldn’t there be more than four teams involved to decide a national champion?

Exhibit A of what’s wrong with college football: What happened recently with the Big 12 deciding to explore expansion, dragging candidate schools through a public and embarrassing cattle call, then deciding not to expand and remain at 10 teams.

Ultimately, it seems the Big 12’s purpose for putting on that dog and pony show was to leverage more money out of the TV networks because the Big 12 believes it’s not receiving as much revenue as other conferences. So BYU, Houston, Cincinnati, Colorado State, Central Florida and others, were publicly rejected and barred from Power 5 conference membership.

I’ve never liked the fact that the college football champion has been chosen by sports writers, computers and committees.

Credit Iowa State Athletic Director Jamie Pollard, who was brave enough to point out the truth, when he said: “The Big 12 exists because we have Texas and Oklahoma in the room. If we take Texas and Oklahoma out of the room, we’re the Mountain West Conference, and we’re getting $3 million (in annual television revenue).”

I’d like to offer some humble suggestions about what college football needs to do to fix what ails it.

Here’s the thing: college football is monopolistic. There’s this group of have and have-nots. There’s a built-in bias. It exists in some respects in college basketball, too, but the difference is, any team can, conceivably, win a national championship in basketball. If you win your conference championship, you get an automatic invitation to the Big Dance and you get a chance to win a national title. No team is discriminated against based on the conference it belongs to or where it is located. It’s decided on the court. Isn’t that why we love March Madness?

In college football, the majority of teams open the season knowing they have no shot at winning a national championship. They’re judged by the conference they belong to and if they’re not part of the perceived elite, they’re locked out. I’ve never liked the fact that the college football champion has been chosen by sports writers, computers and committees. Again, I love college football, but the way it selects its champion has always been subjective. And wrong. There shouldn’t be computer formulas, a strength of schedule matrix or prejudice in the form of rankings. Humans judging performances should be reserved for ice skating and gymnastics. Not college football.

So let’s remove the labels and titles that are holding college football back. Let’s make it about reality and results.

1. First, college football needs to hire a commissioner, like the professional sports leagues.

Someone who knows college football. Someone level-headed, intelligent and savvy. Someone who wants what’s best for the sport. And this commissioner needs to wield real power, not be a puppet. I recommend someone like former Texas coach-turned ESPN broadcaster Mack Brown. And when he has to leave a game early, like he did for the BYU-Toledo game in September, it won’t be disruptive to a broadcast.

2. Blow up the current conference affiliations.

Yeah, there’s a lot of tradition invested in the Big Ten, the Pac-12, the Southeastern Conference, the Atlantic Coast Conference, etc. There’s also a lot of greed and arrogance associated with these conferences. School presidents should be focused on academics and campus issues, not football.

Yeah, there’s a lot of tradition invested in the Big Ten, the Pac-12, the Southeastern Conference, the Atlantic Coast Conference, etc. There’s also a lot of greed and arrogance associated with these conferences. School presidents should be focused on academics and campus issues, not football.

So let’s get rid of the conference titles and divide up teams according to geography. That way, rivalries that have been destroyed in recent years can be restored. Divisions will be created to maintain longstanding rivalries, so they will look a lot like traditional conferences.

3. Take the top 64 programs and create four conferences with two divisions each. 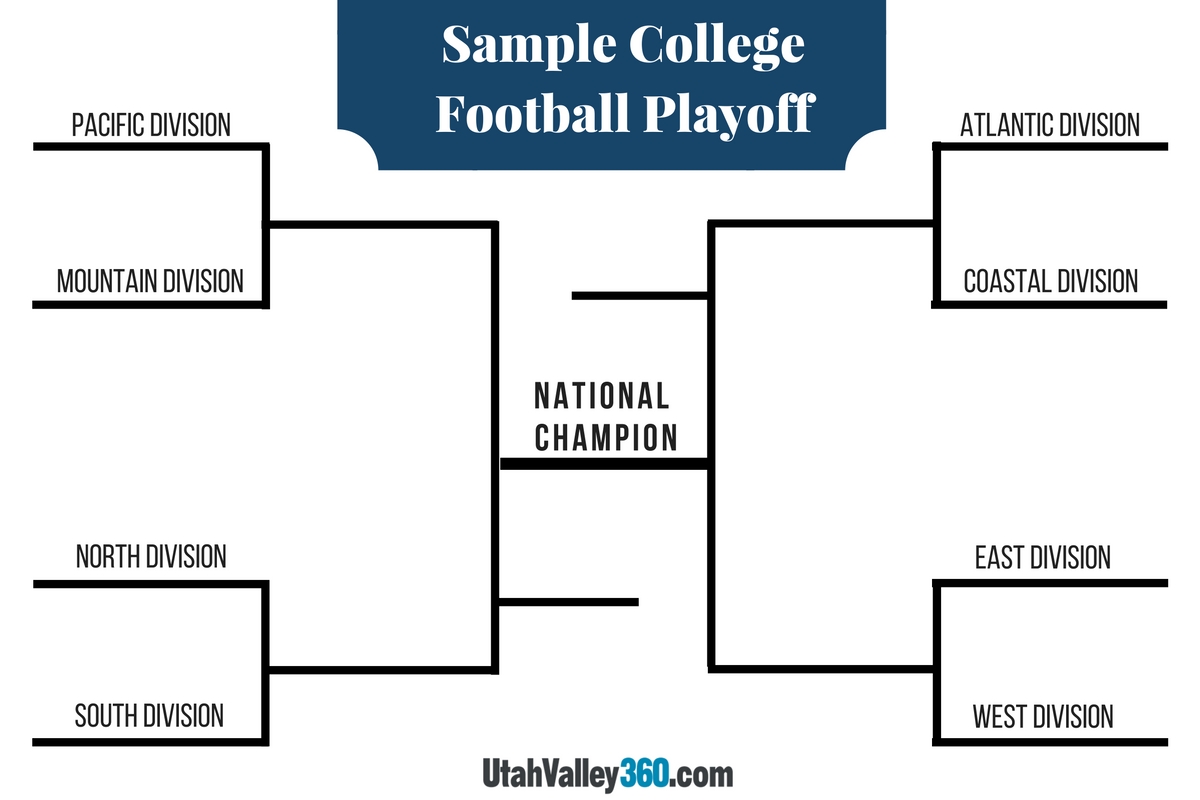 See how I would divide the conferences here.

There will be no such thing as independents (Notre Dame and BYU, for examples, will be in conferences). Each conference has 16 teams and each division has eight teams. The winners of the eight divisions play divisional championship games, followed by conference title games, basically creating an eight-team playoff with an NCAA basketball tournament-like bracket.

Essentially, the entire season becomes a 64-team playoff. (See how I recommend dividing the conferences here.)

4. The commissioner sets standards for what qualifies as a “Power” team.

Standards would include winning percentage and attendance over the past decade.

There are some schools that have been grandfathered into the Power 5 that have no business being in the Power 5. I don’t want to mention any names, but Wake Forest comes to mind. Based on their performance, the Demon Deacons, and others, should belong to the Powderpuff 5. Meanwhile, there are schools from the Group of Five that have proven they can compete in the upper-echelon of college football. In this new world of college football, Boise State is officially recognized as being a better football program than, say, Kansas.

Still, I wouldn’t completely shut out those non-Division I schools. The teams that aren’t included in the top 64 can play their way in, similar to the way Premier League soccer does it. If you want to play with the Big Boys, just play like it.

Side Note: By the way, I’d get rid of terms like “Power 5,“ “Group of 5,” “Football Bowl Subdivision” and “Football Championship Subdivision.” We’re going back to the traditional “Division I” and “Division II.”

5. Negotiate one, consolidated television contract for all 64 teams.

The NFL does it as does the NBA and Major League Baseball. It would generate billions of dollars and be split evenly among the 64 programs.

Maybe that TV deal is through networks like ESPN or Fox, or a digital network, like Netflix. If schools want to create their own network, they can. But all 64 schools receive the same amount of money from the broadcasting agreement. Here’s the thing — with one consolidated contract, each school can earn a lot more money than they’re making now. Consider this: in 2014, the NFL split $7.24 billion in revenue with all 32 of its teams. Each team received $226.4 million and most of that money came from television deals. Imagine what universities could do with all of the extra cash for its campuses and students.

The networks, advertisers and fans will be thrilled with the steady stream of meaningful games every week. Everybody wins.

This means the two teams pitted in the championship game will end up playing 15 total games, which is doable. Teams will play all seven teams in their division plus five other games — against teams from the other division in their conference or against teams from the other three conferences. Division I opponents are allowed to play one game against a Division II opponent per season.

7. We can still keep the peripheral bowl games.

People complain about there being too many bowl games and I get that. On the other hand, why complain about more college football, as if that were a bad thing? By keeping the bowls, the bowl people clad in fluorescent sport coats can keep their games and their jobs. Almost all of the bowls are irrelevant in terms of determining a champion but teams should still be rewarded for a strong season. That’s no difference from the way it is now. Bowl officials can invite teams from either Division I or Division II. However, no teams with a losing record should ever go bowling. Ever.

Under this proposal, there are no more prejudices. No more controversial, bone-headed decisions like, for example, a bunch of bow-tie wearing presidents deciding who gets to join the party and excluding programs that are worthy of competing at the highest levels of the sport.

Under this proposal, every team begins the season with a chance to win its division, win its conference and play for a national championship. The championship is decided on the field. Is that such a bizarre concept?

Under this proposal, there are no more prejudices. No more controversial, bone-headed decisions like, for example, a bunch of bow-tie wearing presidents deciding who gets to join the party and excluding programs that are worthy of competing at the highest levels of the sport.

Storybook School: For 33 years, Cheryl Lant has taught preschoolers to read and to lead Next post