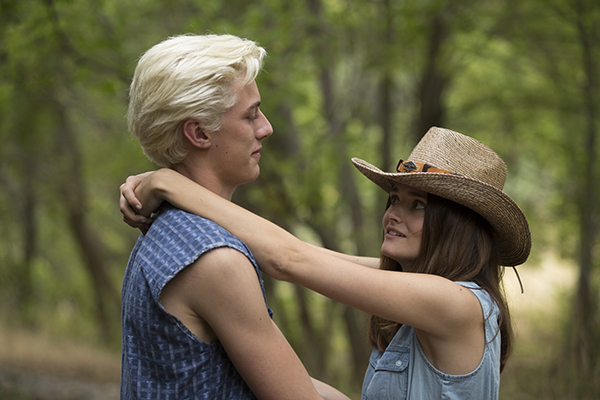 Hollywood is delivering a sparse variety of romance movies for Valentine’s Day this year.

However, one Utah movie, releasing in theaters Friday, will combat everything the “50 Shades” series represents.

“It’s completely opposite,” said Rob Diamond, director and writer of “Love Everlasting.” … “Sex sells, but that is because it is what people are spoon fed. Hollywood is driven by the bottom line — money.”

“Love Everlasting” tells the story of Bridger Jenkins, a high school senior with a heart condition, and Clover, another high school senior suffering ridicule for a scar left on her face. When Bridger and his mom’s car breaks down in a small Utah town, Clover’s dad comes to the rescue. As the two get to know each other, they learn to understand the meaning of true love.

“I don’t make films just for people to call me a filmmaker. I feel there is a responsibility for being a storyteller. I need to tell stories that I feel God with be proud of.” — Rob Diamond, director and writer of “Love Everlasting”

While the movie hasn’t been rated, Diamond says would probably receive a rating between PG and PG–13 for some thematic elements. Diamond, who also produced the “Love Everlasting,” says he has three goals when he creates a movie: entertain, enlighten and educate.

“There is an audience that craves stories that entertain and enlighten and maintain some moral fiber,” Diamond said. … “I don’t make films just for people to call me a filmmaker. I feel there is a responsibility for being a storyteller. I need to tell stories that I feel God with be proud of.”

“Love Everlasting” was inspired by two separate real-life stories: one about one of his former students he who received a heart transplant at a young age and one of a woman in his church who had a scar from a shotgun wound. He wanted to marry these stories and change them for an inspirational conclusion.

“I knew it was a story I needed to tell,” Diamond said. 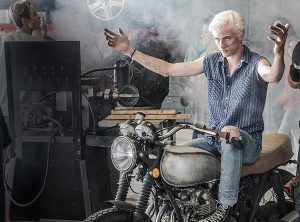 Former Spanish Fork resident Lucky Blue Smith plays Bridger, a high school senior with a heart condition, in the film “Love Everlasting.” While Smith has had a successful career in modeling, he has never acted before this film. (Photo courtesy “Love Everlasting”)

As Diamond worked on his script for “Love Everlasting,” he was reunited with an old friend, Dallon Smith. While visiting, he saw his friend’s teenage son and immediately thought of his movie.

“I hadn’t seen him in a couple years since they moved to LA,” Diamond said. “I was visiting Dallon (Smith) and he just sprouted into this really striking individual. I looked at him through the lens and I just knew that’s him.”

The son was Lucky Blue Smith, a successful model and former Spanish Fork resident. Lucky Blue Smith has experienced lucrative success as a model over the past few years, but he had never acted. While Diamond received backlash for casting an inexperienced male model, he knew Smith was the right person to play Bridger.

“He’s got such a good heart,” Diamond said. “I knew I’d be able to get a performance from him. One of my things is I’ve developed a skill to take new actors and direct them. I don’t ask them to do anything I wouldn’t do myself, so he trusted me.”

And if one romance love story isn’t enough, Diamond says the bond between mother and son speaks volumes to everlasting love.

“The mother being a strong figure was important to me,” said Diamond, who was raised by his mom. “(The movie title) is very multi dimensional.”

This is the love Diamond wanted represented.

Red Rocks: 7 heavenly reasons to head South for the Winter ... and beyond Next post