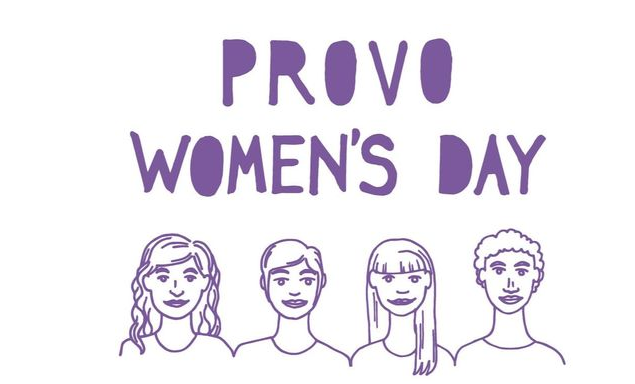 After last year’s celebration of Women’s Day in Provo, more women got involved in the city. Some signed up to be on city boards and commissions. The city sponsored a few women to learn how to run for office. And city officials got positive feedback about the event. So this year, it’s bigger and better.

“We saw positive influences happen after Women’s Day,” said Courtney Kendrick, a media specialist for Provo and  one of the event organizers. … “We want to build a community of support for women.”

This year there will be more workshops, and more businesses and community members involved, said Whitney Booth, Provo public relations coordinator and Women’s Day organizer. “We’re really proud of all the events we’ve got going this year. There’s something for everybody.”

One of the big new events is for girls.

“I’m so excited about the Provo Girls Summit,” said Alison Lew, Provo business development coordinator and one of the organizers of Provo Women’s Day. After Women’s Day last year, Provo Mayor John Curtis asked what the city was doing for girls. So this year, they’re included in the celebration with a summit from 5-7 p.m. at the Provo Library. They’ll hear from Ally Condie, then be able to walk around and talk one-on-one with professional and inspiring women.

“A lot of times girls don’t see a lot of women in their world, in the workforce. We want to broaden their horizons.” — Allison Lew, Provo business development coordinator

“A lot of times girls don’t see a lot of women in their world, in the workforce,” she said. “We want to broaden their horizons.

“One of the driving forces behind the Girls Summit is to encourage them to go after high-paying jobs,” Lew said.

Most of the events are free, but in some cases space is limited and an RSVP is required. The lecture series will be streamed online, and organizers haven’t set a limit on RSVPs for that event. Last year, the lecture series sold out in a week, and the after party in 20 minutes. Also, organizers are still working out details for an art panel discussion.

9:30 a.m. Michaelann Bradley: Everyday Strong: Mental wellness for our Provo female populations and how you can help

9:40 a.m. Jocelyn Wikle: Why we see differences in work and pay between men and women

10:20 a.m. Stephanie Larsen: Encircle together: The story of how a house inspired a community

10:40 a.m. Deidrene Crisanto: On being a student, progressive and woman of color in Provo

11 a.m. Alison Faulkner Robertson: How to start an empire in Provo

Outside of the lectures:

The return of Nick Emery: Cougars redeem themselves with win over San Diego Next post