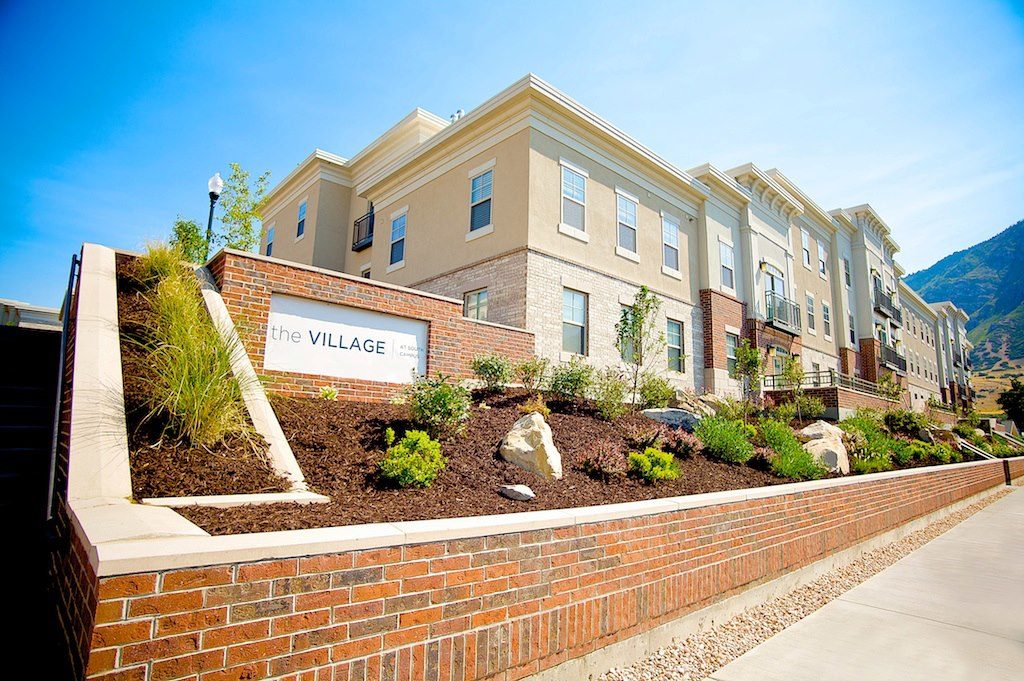 Provo is considering increasing parking ratio for new developments. When The Village was built, Provo only allowed the complex to build .62 parking spaces per bed. Now there are 173 people on the waiting list for a parking space at the complex. (Photo courtesy The Village Facebook page)

When The Village was built south of BYU, the city allowed the developer to build .62 parking spaces per bed. There are 936 beds in that complex. The idea was that because it was so close to BYU, and was student housing, that residents wouldn’t have cars. They were wrong. Now there are 173 people on the waiting list for a parking space at the complex.

The lack of parking at The Village has pushed more cars out onto the already-crowded streets of the Joaquin neighborhood. And the parking issue generates a lot of complaints in the neighborhood, with people blocking driveways, and parking in front of fire hydrants and across sidewalks.

For Start-Up Crossing, the city allowed the developer to build 50 percent of the required parking. The idea was that it was so close to transit that some residents wouldn’t have cars. So there are 75 spaces instead of 150 spaces for the 100 units. And the parking has spilled over onto surrounding streets.

The problem with the parking ratio at complex is that “the majority are married couples and the majority have two cars,” said Provo Community Development assistant director Bill Peperone. So each unit has less than one parking space, but two cars.

The city’s parking “ordinances are written to take us where we wanted to be in the future,” he said. They’re meant to encourage walkability, mixed-use, housing density and urban living. But Provo’s still suburban, and there isn’t enough mass transit to discourage car ownership, yet.

Community development proposes that the city increase the minimum parking ratio for new transit-oriented development and downtown projects from 50 percent to 75 percent. Some are worried there will be an opportunity cost, with developers opting out of Provo projects because they can’t build enough parking.

Provo Councilman Dave Harding said he’s heard that the Start-Up Crossing problem may be self-correcting. The complex is full of married couples with two cars now. But in two or three years it may be singles with one or no cars.

Chris Parker, who represents Start-Up Crossing, said the complex is fully leased and there’s a waiting list. There’s a parking problem there now. But it could be gone in five years as more people move into the area who prefer mass transit.

Councilman Kay Van Buren, however, said that Provo tried to discourage car use 50 years ago by only requiring apartment complexes to have less than half a parking space per unit. It didn’t work then, either. “Fifty years from now we’ll be having the same conversation.”

The council voted to discuss the issue again in meetings on March 7 and March 21, so they can hear from developers and other parties before making a decision.

Provo needs to deal with this parking issue in the downtown, transit-oriented and Joaquin zones soon because of projects coming up.  A development is up for approval in March that also would be affected by any parking changes. And UTA is planning a project with more than 500 units. If there isn’t enough parking, cars will end up parked on the streets of the Franklin and South Franklin neighborhoods.

President Henry B. Eyring to speak at UVU 76th commencement Next post