Why libraries are good for more than just books 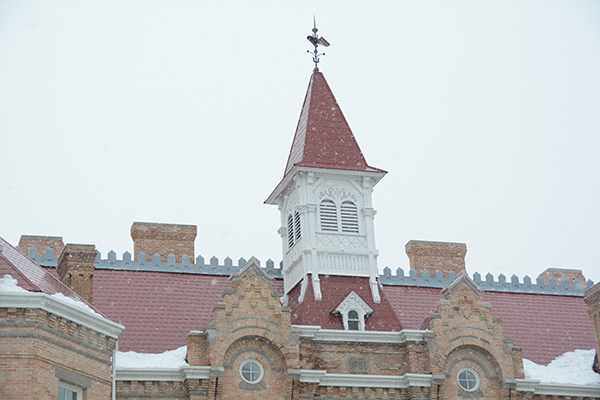 Snow falls on the Provo Library in December. (Photo by Rebecca Lane/UV360)

My favorite part of summer vacation was getting to compete in the summer reading program at my local library. Even into college, I would spend my first few weeks of summer vacation glued to a chair, flipping through pages of books because I was finally free to read what I wanted.

However, it wasn’t until after I graduated from college that I learned that the library was good for more than just books.

I was missing the college atmosphere where you are spoon fed knowledge in lectures and exposed to knew ideas and skills on the daily basis when I discovered Provo Library’s “Learn it at the Library” series.

“Learn it at the Library” is a series that invites local professionals to share their skills with the public by teaching a one-night class, according to Marcie Beard, adult and teen reference librarian at the Provo Library.

“The main goal is to get people to learn something new and maybe find a new interest,” Beard said.

“The main goal is to get people to learn something new and maybe find a new interest.” — Marcie Beard, adult and teen reference librarian at the Provo Library

So far in 2017, “Learn it at the Library” has had courses on organizing your home, traveling on a budget and sewing. Other classes in the past include coloring therapy, local history lessons and gardening lessons.

“Most of what we do it very practical, but we also like to have fun and pick topics that people are interested in,” Beard said.

The library tries to post its classes a month in advance. Beard says she has people reach out to her requesting certain classes as well as people asking if they can teach specific courses.

What initially drew me to the library for the first time was a month of free yoga classes, which Provo Library still holds a free yoga class once a month. Now I regularly attend a yoga class. Going to the library outside of checking out books has provided me with new life lessons and hobbies. I’ve continued my personal education in reading and in lectures through the library.

And just so we’re clear, libraries, I still love you for your books as well.