If you’ve driven through Lehi on I-15 during the morning or evening commute — and even other times of the day — you know there’s a problem between Main Street and State Road 92, aka the Thanksgiving Point exit.

Thousands of people work and live in the area, using the freeway and the interchange every day. And thousands more drive through Lehi, either on their way north to Salt Lake, or south toward Provo. The area — called the Technology Corridor — is set for a road-widening and interchange improvement project to start in 2020. But many think that might be too late.

“We think it could potentially hurt economic development; we don’t know for sure,” said Lehi City spokesman Cameron Boyle. “We know that is a concern for some people as there’s more traffic and it gets worse and worse. … We’ve been working with our legislators and with the governor for years to try to get that moved up sooner. We’ve encouraged them to find ways to bump up that project.”

Along with Lehi, a group of local business people are pushing the state to do something now. As part of Flippin Traffic, they’re meeting with lawmakers to advocate for a bond that would mean starting the project as early as 2018. They’re also asking residents to email their legislators to support advancing the project.

“We want the state to look at the priorities right now, look at the transportation improvement program, and if it makes financial sense to borrow today to build the highest-priority projects,” said Andrew Bybee, spokesman for the Flippin Traffic group. 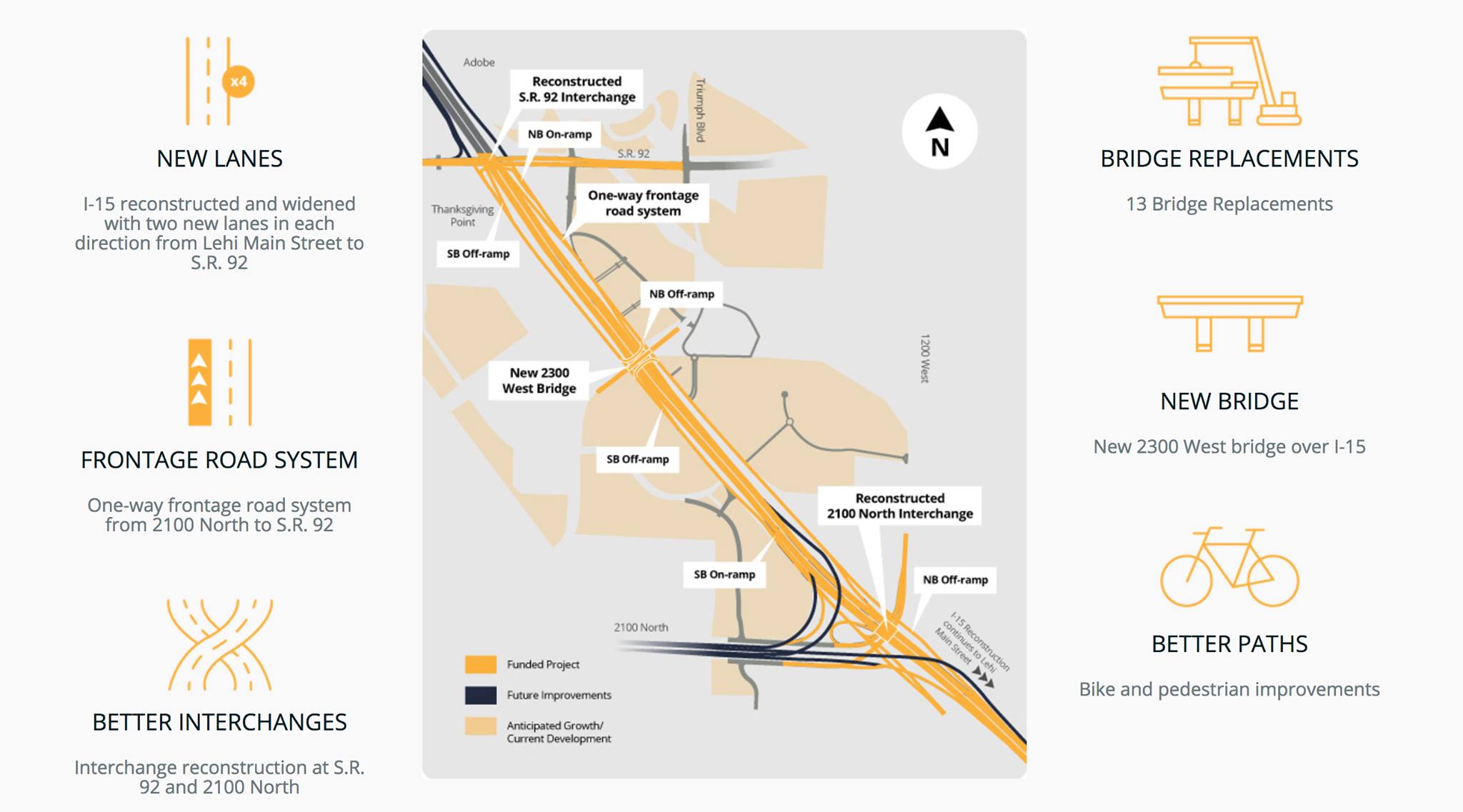 Flippin Traffic encourages people to contact their local representatives to approve a bond which would begin the already-approved I-15 Technology Corridor project in 2018 instead of 2020. (Photo courtesy of flippintraffic.com)

The project push
Bybee and others want lawmakers to approve a bond this year, to start the 4.5-mile project next year. The state has approved funding for the project in 2020. So it would  borrow money now for the $450 million project, then pay off the bond later with the already-approved money. With a bond, the state could start the Technology Corridor project as well as others at the top of the transportation improvement program list.

Bonding for transportation projects is nothing new for Utah. It bonded for the Centennial Highway project in 1997, then again in 2007 and 2008 for critical highway needs, including 1-15 reconstruction in Utah County.

Interest rates are low and construction costs will only go up, Bybee said. “Why not borrow today when there’s plenty of borrowing capacity at the state?”

Bonding would benefit other projects as well. It would fund other top needs, and then projects further down on the list would move up faster, he said.

Bybee said they’ve been meeting with state House and Senate leaders, and thinks they’re making progress. But the legislative session ends on March 9, so there’s not a lot of time left to get something done. If you want to send an email to your legislator about transportation funding, Flippin Traffic has made it easy with a form on its website.